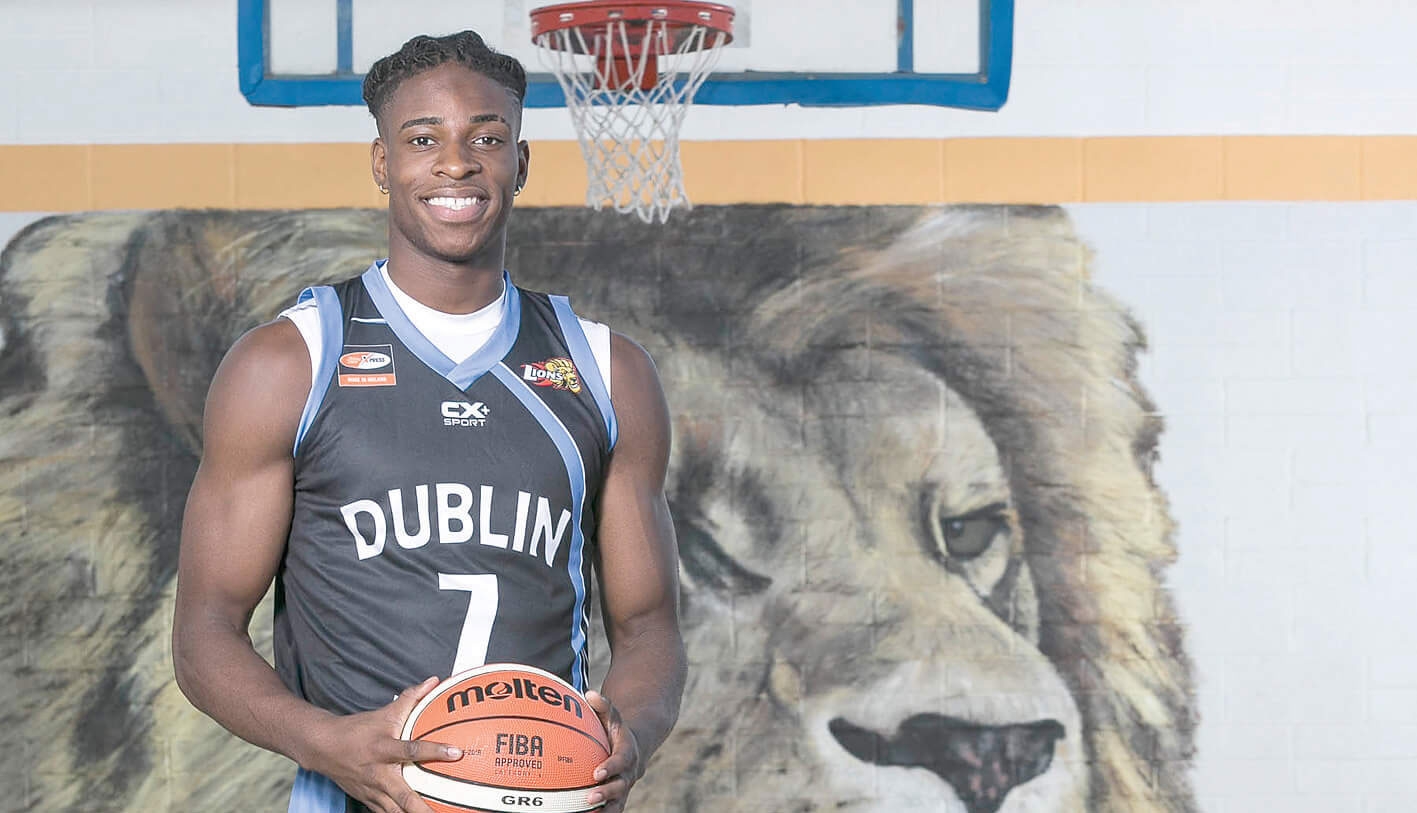 Igiehon applauds Lions for helping propel him towards NBA dream

AIDAN Harris Igiehon insists his home basketball club Abbey Seals Dublin Lions has played a huge part in propelling him closer to a possible career in the NBA.

The 17-year-old Clondalkin power forward has become a major target for some 30 colleges throughout the United States since taking up a scholarship at Lawrence Woodmere School in New York back in 2014.

He returned home this month to link up with his old club and former team mates Max Amadasun and Kevin Anyanwu who have also begun to carve out basketball careers in the US with Our Saviour Lutheran High School in the Bronx and Redemption Christian Academy in Boston respectively.

All three, together with former Liffey Celtics player Silas Sunday, who also now plays with Our Saviour Lutheran, were back in Coláiste Bríde to help out with the Lions’ summer camp last week.

Taking time out to speak to The Echo, Igiehon praised his home club saying “it [Dublin Lions] was a huge influence on me.

“I started playing when I was 12-years-old so I joined them around 2012 in November and my first coach was Mick White.

“I couldn’t dribble the basketball, I couldn’t make a lay-up, I couldn’t do nothing, but they took me under their wing and they’re one of the few clubs that do focus on development so I got better really really quickly.

“Within the next year I grew about a foot. That helped a little bit. But they were a huge influence and they gave me a lot of confidence. They basically taught me the game of basketball which is really good”

“The move [to the United States] was extremely difficult. The speed of the game, the physicality of the game, everything. It was more of culture shock almost.

“Going over there as a kid, as soon as I touched ground I kind of lost my childhood. I wasn’t really a kid anymore, I had to be a man really quickly.

“But me having family there, my aunt and my uncle, having really good coaches there, made the settlement easier, softer on my mind.

“To throw a kid, a 13-year-old, 14 year-old kid into the fire of America, just to go and play, it’s tough, but I think because I was thrown in, with no guidance, I had to figure it out and I think me figuring it out, made me into a better player today” he said.

Now one of the hottest properties in US High School basketball, Igiehon faces the difficult task of selecting the right college for himself, one that will best help further his dreams of eventually reaching the highest echelons of the sport.

“But choosing a college is a hard decision. Especially the fact that I was highly recruited, there’s a lot of options. It’s a good problem to have, but it makes it harder to make a choice.

“Me having that one dream school, and when I got that dream school it was like, ‘hold on, now I have 50 other schools, now which one should I choose?’

“But I’m down to the final 10 and I’m trying to release a final four within the next week or two” he revealed.