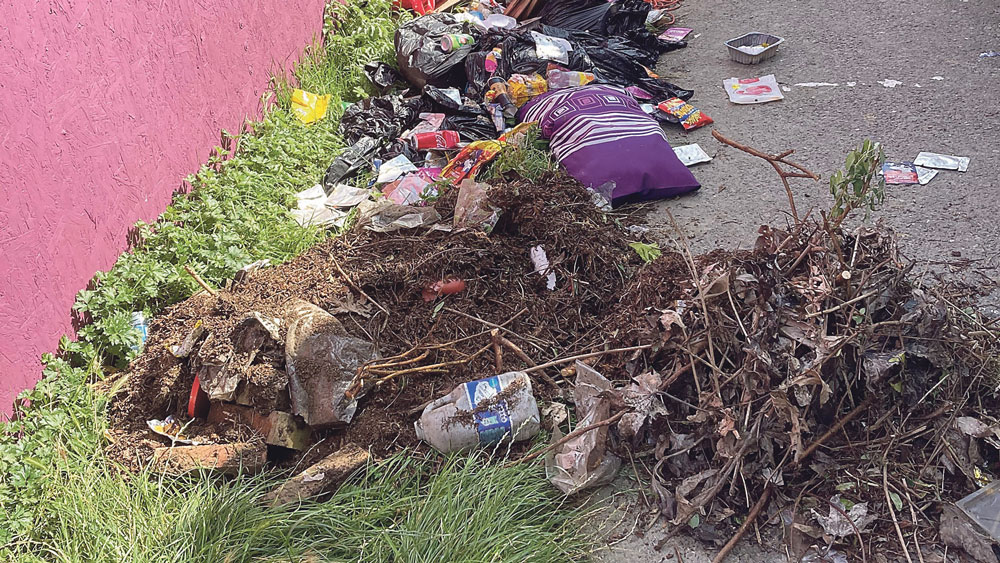 Illegal rubbish dumped along the laneway has since been cleaned up

Illegal dumpers ‘persuaded’ to clean up waste after identification

A VIGILANT community kicked into gear this week to combat a significant amount of illegally dumped rubbish, with the dumpers being “persuaded” to clean it up after being identified.

A Springfield community group was aghast when a member shared an image online of a large quantity of household and garden waste dumped along a temporary laneway.

The laneway, which has been created as a result of the Clúid Housing development of 23 older-persons units at Fernwood Green, has become a bit of a litter black spot in recent months.

“When you go from Fernwood Park towards the development, there is a laneway there that has been created by the hoarding at the end of the houses on the right,” Cllr Charlie O’Connor told The Echo.

“There was quite a significant dumping that took place there, in that laneway, at the weekend.

“It is my understanding that contact was made with the dumpers and they were persuaded to go back and remove it from the site.”

It is understood that the heap of waste which was dumped at the location has since been removed.

Following the incident, an official report was filed with South Dublin County Council.

However, despite this particular incident being resolved, Cllr O’Connor believes there is no room for this type of anti-social behaviour in communities.

“As far as I’m concerned, it’s really not good enough and it’s a disgrace that people would dump and knowingly upset the people in the community,” the Fianna Fail councillor continued.

“The vigilance of the residents is to be applauded, they spotted that somebody had dumped there and they took adequate action against it.”

The 23-units at Fernwood Green forms part of a €9.5 million older persons housing development which also takes in 17-units at Maplewood Heights.

There are three laneways that have been created by the hoarding associated with the development at Fernwood.

Clúid Housing recently carried out works on two of the laneways – including the one which was dumped on this past week – in May to install barriers.

Barriers were installed with the intention of slowing movement of scooters/bicycles through them and make the pathways safer.