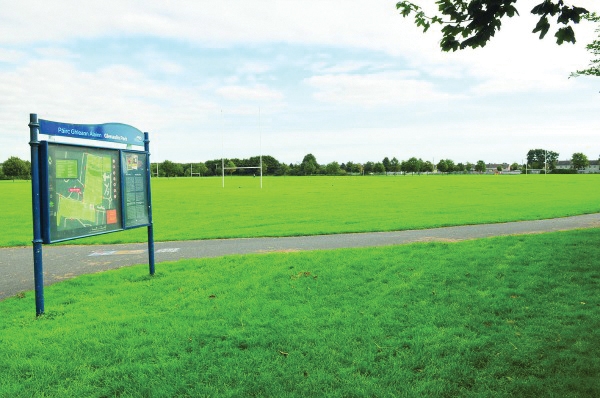 THE damaging repercussions of dumping and horse manure, are killing a Ballyfermot club, whose membership has dramatically decreased over the last number of years.

Despite moving back to California Hills after a 15-year hiatus in 2014, Drumfinn Celtic FC still play their home matches at Markievicz Park, because teams simply cannot play on a pitch filled with horse manure and rubbish.

Club members feel let down by the city council, who they say, are not protecting the amenity from anti-social behavior.

“It’s as bad as I’ve ever seen it, and I’m living here all my life,” said a California Hills resident committee member.

“There’s a free for all with robbed cars, quad bikes, horse manure everywhere, rubbish dumped and lit on fire, it’s infested with rats. The club can’t commit to playing at California Hills, because they fear losing their spot at Markievicz Park.”

Four years ago, Drumfinn FC had four schoolboy teams and three senior teams, but now they have just one senior team and an academy for kids.

“Kids see better facilities at other clubs, and it’s killing Drumfinn, who have their hands tied,” said the committee member.

“There’s too many gates into the park – we’ve asked for changes but to no avail. On the Glenaulin side, which is South Dublin County Council, the park is fine, but Drumfinn’s pitch is on the border with Dublin City Council, and it’s a freeway for horse and bikes. It needs to be secured.

“The council franchised out the maintenance of the park, and have absolved themselves of responsibility. The club spent €4k on goalposts but can’t use them. The Leinster Senior League won’t let teams play on a pitch infested with manure and burnt rubbish. Members clean it, but it’s constant.”

Compounding matters, is a lack of changing facilities, with Independent Councillor Vincent Jackson, calling for the council to install a shipping container nearby, allowing access to the pitch for the club and a local school.

Cllr Jackson blasted the level of dumping in the area, whilst the committee member hopes CCTV can be introduced.

“There’s a blindspot in Rossmore for rubbish. The club is dwindling, and wonder why their home in California Hills can’t receive the same level of protection as other parks in the area.”