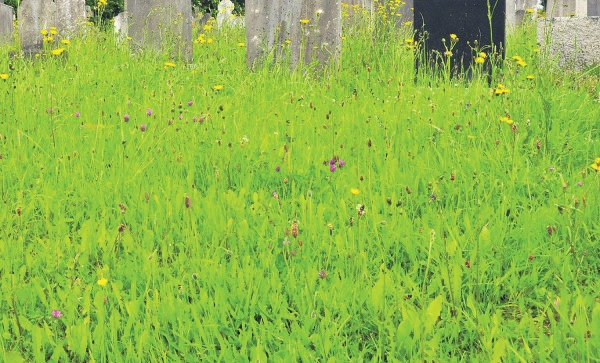 A TOTAL of 363 grass-cutting complaints were received by South Dublin County Council between June and August of this year, The Echo has learned.

According to council figures, a total of 280 complaints were received in June, 108 in July and 75 in August, the vast majority of which criticised the spread of grass-cuttings onto adjoining roads and footpaths or the omission of specific areas of open spaces from the grass-cutting schedule.

The issue was raised at last week’s meeting of the Rathfarnham/Templeogue-Terenure Area Committee Meeting, after Rathfarnham Independent councillor Deirdre O’Donovan sought information on the number of complaints received.

Cllr O’Donovan told The Echo: “As I stated at the meeting last Tuesday, for 90 per cent of the people living in South Dublin County, grass-cutting is the only service they see first-hand and so have expectations as to how often and how well this service is delivered.

“I told the Manager that during the summer I was watching The Walking Dead [a drama series on a zombie invasion] on RTÉ 2 and I couldn’t help but notice how well-maintained their open spaces were – and that is in the middle of an apocalypse. Surely we can do better than that.

“And it is so disappointing that we seem to face the same situation every year, but he has given me assurances that he has gotten to the root of the problem and next year will be better.”

In its reply to Cllr O’Donovan, council management said: “An instruction was issued to staff in early July regarding the need to keep paths and roads free from grass cuttings and in the event that such spread does happen then action is required to be taken to remedy the situation.

“This matter is being monitored by the public realm supervisors and it is felt that there has been a general improvement in this regard following the instruction having been issued.”

The council added that a detailed analysis of complaints received in 2016 will be carried out to identify recurring problems.

“It is proposed that those recurring problems will be more closely monitored by supervisory staff in the coming year and that additional resources will be assigned to address them as early in the year as possible”, the council said.