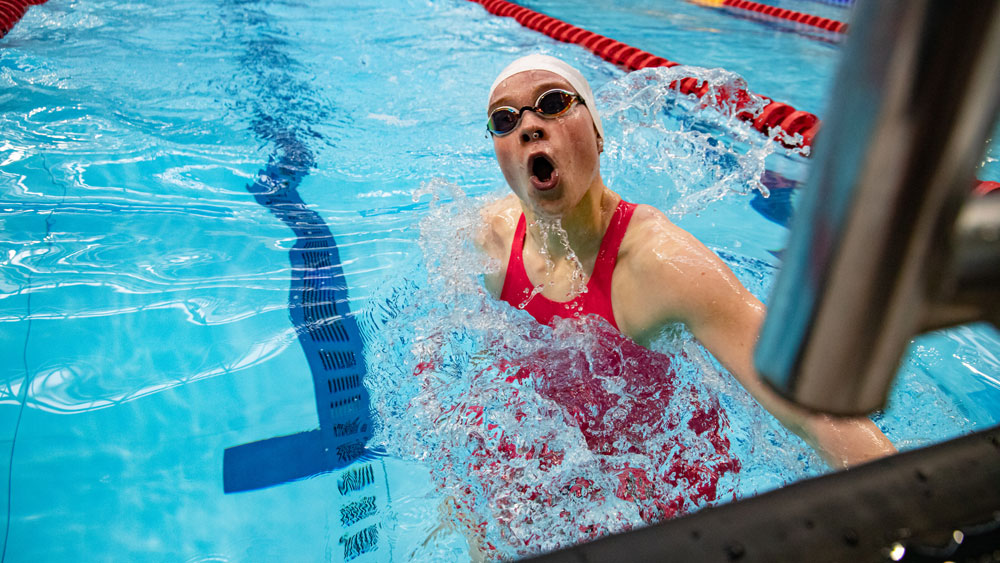 “In time, I think she’ll appreciate the enormity of her achievement” – Sweeney

ELLEN Walshe has every reason to feel hugely chuffed with herself as she prepares to depart Tokyo.

Only two days after winning her heat in the Women’s 100m Butterfly, the Templeogue swimmer turned in another very solid performance in the Olympic 200m Individual Medley this morning, clocking a time of 2:13.34 from Lane One in the fastest heat that included Olympic champion Katinka Hosszú.

Finishing 19th, the 19-year-old athlete just missed out on a semi final berth, but will be brimming with confidence as she prepares to take leave of her long-time club Templeogue for a move to the University of Tennessee where she will embark on a four-year scholarship.

Delighted with the performance of Walshe today, Templeogue coach Brian Sweeney told The Echo “That was a super swim by Ellen in that environment.

“The old Irish record was 2.13.6. She broke that in the heats [of the Swim Ireland Performance Meet] and then did a [FINA A] time to qualify for the Olympics only three weeks ago.

“To be inside that [old record] time again in the fastest heat of an Olympic Games with the Olympic champion in the middle of that line-up, to gain that level of experience is great.

“Look, the top three swims in the history of that event [200m IM] in Irish swimming now have her name beside them.

“To bank experience at Olympic level at 19 in two events and perform in the way that she did, she should be very pleased and, in time, I think she’ll appreciate the enormity of her achievement.

“In a year where she’s had a very difficult injury, she managed to qualify for the Olympics and produce performances like that and bank experience like that for the future, she’s got to be really happy.

“You couldn’t set her up better for the future, to be heading to the States where she’ll be in an environment that will keep her progressing” he said.