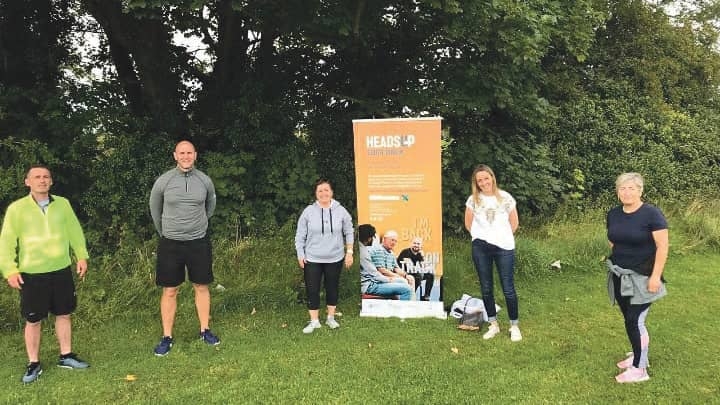 Increase in demand for mental health services since the pandemic

A LOCAL mental health worker has said there has been an increase in demand for mental health services since lockdown began, and he also expressed concern over the impact of the language used during the pandemic.

Alan Kavanagh is the mental health team leader of the Heads Up programme, a six-week programme for men in Tallaght and Clondalkin to help them to improve their mental health and effectively cope with stress.

While the programme is usually held in the community, since the lockdown started it has switched to an online format with the meetings being held on Zoom, and demand for the service has been growing since the pandemic came to the fore.

“There is currently a demand for mental health services,” explained Mr Kavanagh, “but because this is prolonged and we don’t know when it will end, we can’t see how much this will affect people’s mental health in the long-term.”

The Heads Up programme, which has been developed by the South Dublin County Partnership, is run twice weekly over six weeks, and participants get to develop a number of tools to deal with stress, including guided meditation and breathing exercises.

Feedback on the programme, which is currently running and has had strong uptake, has been positive, but Mr Kavanagh is concerned that some of the terms that have become common in the midst of the pandemic could be damaging to people and could exacerbate their mental health difficulties.

“The government talks about restrictions, which could be triggering for some people,” said Mr Kavanagh.

“It would be better if we called them safety measures – calling them restrictions can attack our basic human need for freedom.

“Language has a powerful effect on how we behave and respond.”

As for the new format of Head Ups, Mr Kavanagh said that it’s not without its difficulties, as some people who are referred to the service are not comfortable with or have access to the technology, and some have self-esteem issues which can impede their willingness to be on Zoom.

“Not everyone has that technology in the house,” added Mr Kavanagh, “and with some of those that do, there can be a resistance to engaging online.”

In this instance, he said he tries to engage with those who are uncomfortable with the technology over the phone instead, but he added that this issue is “part of a bigger piece” that needs to be worked on.

Looking ahead, Mr Kavanagh is focused on the progression of the current tranche of Heads Up participants, and he added that the programme is “mental health education, as opposed to mental health services”.

If you think you or someone you know might benefit from taking part in Heads Up in the future, contact Alan Kavanagh directly on 086 064 0206 or via email at Alan.Kavanagh@sdcpartnership.ie.