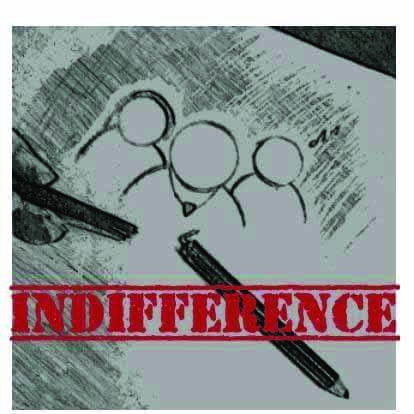 Indifference mix it up to create unique sound

STROLLING through Tallafest a couple of weeks ago there was one sound that rose above the rest, the harmonic and melodic medleys from rap trio, Indifference.

Rap has in recent years become a powerful force of expression for young people growing up, mainly, in urban communities, especially for those who listen to a mash of musical styles and aren’t attracted to slotting into one particular genre.

Rap is tough, it’s harder than singing, and any young Irish person who can master their own distinct and melodic style of rap, and blend it flawlessly with rhythm and vocals, deserves to be listened to.

Indifference is one such group and is made up of Daly (18), Dylan (17) and Robbie (16), three lads who met through a youth club and have connections to communities in Clondalkin, Finglas and Cabra – and are bringing a different yet relevant sound to the streets of Dublin.

Dylan, who lived in Clondalkin, took five to speak with The Echo.

How did Indifference meet?

We met through a youth club (The E.F.F.O.R.T. project). I had recently wrote a song and Daly had wrote verses for a rap, I sang the chorus from my song with Daly’s verses while Robbie played guitar and our first song was put together. We officially became a band a month later. There’s not much more to it.

Tell us a little bit about your sound?

It’s a mix of rap, kind of pop punk and a bit of a singer songwriter sound to it at times. We don’t even know how to define our sound! It’s difficult to pin down.

Who are your biggest influences?

Lyrics, what inspires them? Do you all write?

Our lyrics come directly from how at least one of us feels and what they’re going through, we write around our own lives and each other’s. We all write, usually I write anything I sing, Daly writes anything he raps and Robbie makes the music but we cross over from time to time to mix things up.

Is it easy to get heard in today’s saturated music scene?

It’s easy to get heard, getting remembered is the problem. We just play as often as we can to try and get out there, we busk with The Never Alone Collective on Grafton Street, we play open mics, we’ve played youth centres, we even played in a coffee shop. We do what we can to get as many people to hear us as possible.

Any gigs coming up?

You can catch us at The Circle Sessions in the International Bar most Monday’s and we’ll be busking on the 29th of August on Grafton Street. We have other stuff coming up but nothing we can officially announce, keep an eye out on our page, October will be a very busy month for us.

Where can people listen to your music?

You can hear our song Spotlight on YouTube, just search ‘Indifference summer shindig’. We’ll also be featuring on the upcoming Circle Sessions album.

What’s the plan for the months ahead?

The plan is simple. Keep writing, keep playing and get our music out there as much as we possibly can with the time we have.