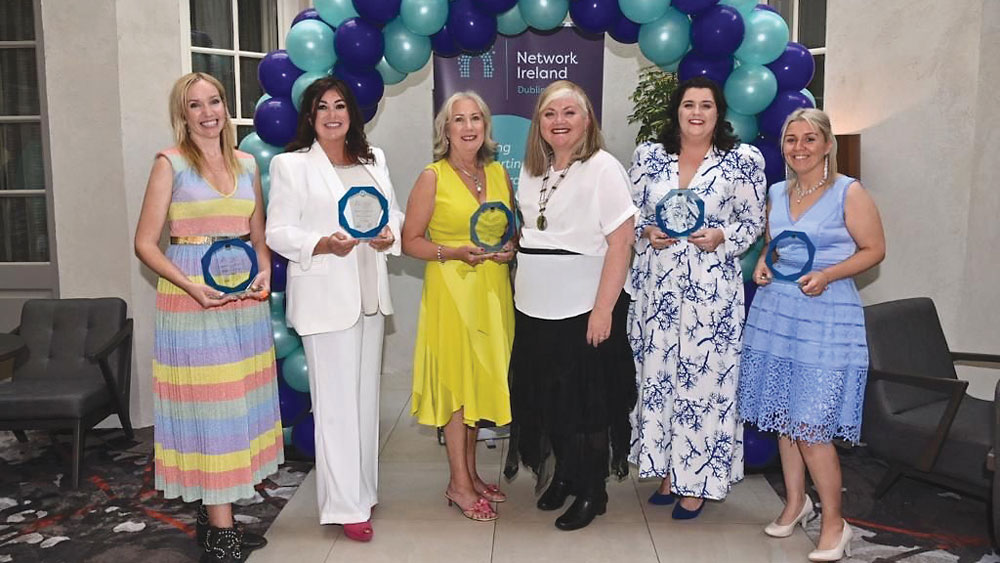 Winners including Sarah Lyons from Firhouse and Caraldine Nolan from Tallaght (last two on the right). Sarah won the Creative Professional Award and Caraldine won the Power Within Champion Award

The ceremony was held at the Clayton Hotel Charlemont on Friday, May 20 and recognised and showcased the company’s vibrant and successful network members and their achievements in business.

The awards were opened by the Lord Mayor of Dublin Allison Gilliland on the evening and among the incredible judges this year were local women Tracey Moran, Communications Director at the Red Cow Hotel and Clondalkin woman Linda Bermingham, Allied Irish Bank Branch Manager.

Guest speakers on the night included Founder and CEO of award-winning Peachylean.com, Sharon Keegan from Tallaght.

Among the winners were Caraldine Nolan from Tallaght, who won the Power Within Champion Award for her company Weigh-less Wonders, and Sarah Lyon’s from Firhouse of Wellstyled, who won the Creative Professional Award.

Fiona Heaney, a designer and co-owner of clothing brand ‘Fee G Clothing’ and new athleisurewear label ‘DAY x Fee G’, based in Ballymount was also highly commended by the judges.

This year the Dublin Branch had 16 Finalists. The winners of these will go forward to represent their branch at a national level.