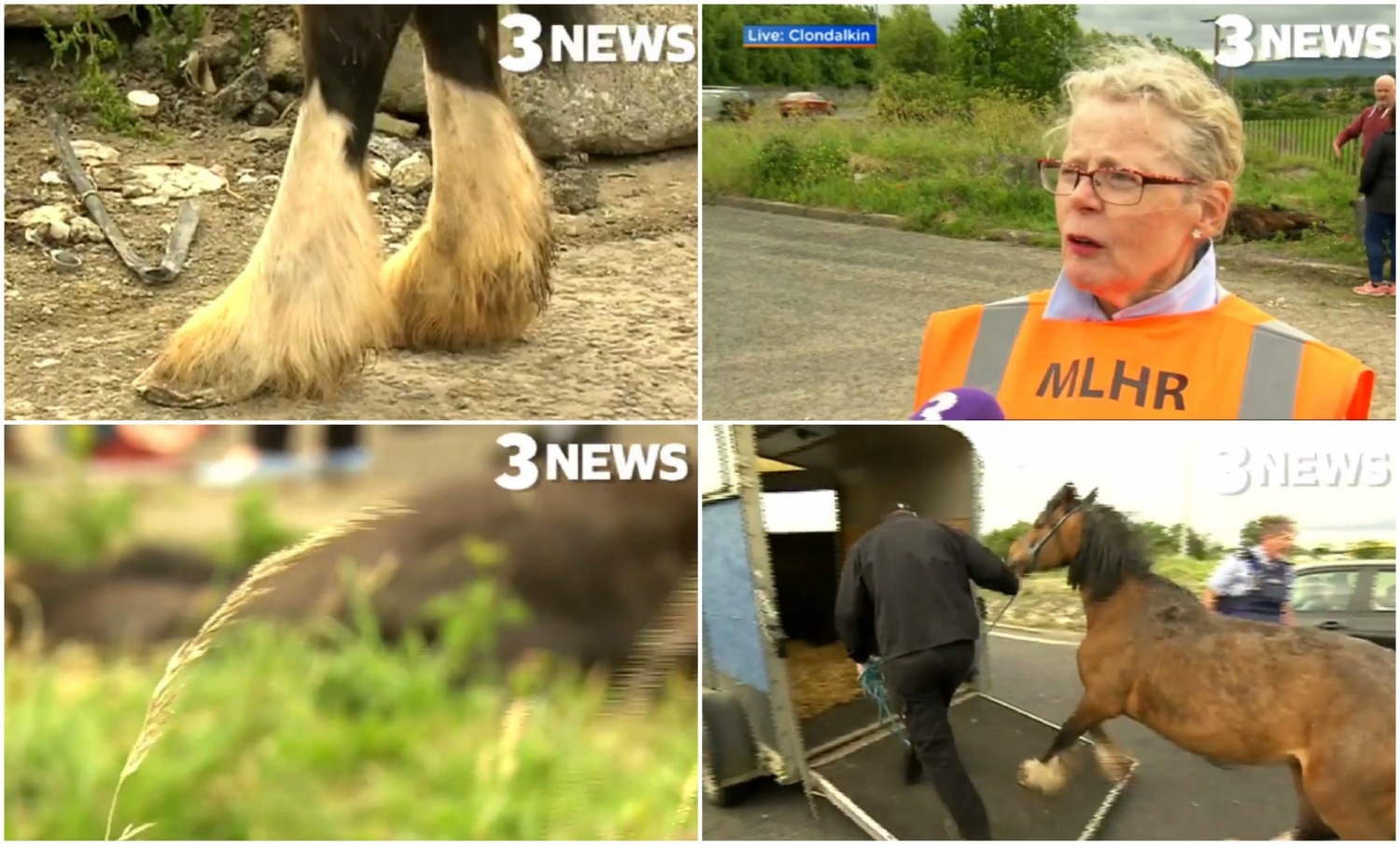 A Garda investigation is underway after two severely malnourished horses were dumped on a road in Clondalkin yesterday.

A volunteer from My Lovely Horse Rescue spotted the animals being removed from a trailer by two men and Gardai are now seeking the public’s help in identifying these people.

The incident occurred at around 2:30pm yesterday, and one of the horses eventually had to be euthanised while the other was taken into care by the DSPCA.

Anna Dolan described seeing two men driving either a van or car with a trailer attached at the back.

Speaking to TV3 yesterday she said: “I was driving past the roundabout and I saw the car and the trailer, with one horse sitting on the ground and looking very sick, and the other one they were trying to get out of the trailer.”

Dolan noted that the area was notorious for horse dumping, saying: “This is a regular occurrence. I’ve been a volunteer for the last two years and I work around this area in Fonthill and we are constantly taking horse out of here – unfortunately a few have to be euthanised and it is very distressing.”

WARNING: Some viewers may find this report distressing. Two horses were found in #Dublin in an apparent case of animal cruelty. @DublinSPCA pic.twitter.com/eFzN5CXlty

Two DSPCA inspectors and a vet were called to assess the horses’ health and it was decided that one of them was ‘beyond veterinary help’.

The second horse was taken into DSPCA care where it will be kept at its rehoming centre in Rathfarnham.

Speaking to the echo.ie today Gillian Bird of the DSPCA said, “It’s never an easy decision to destroy a horse. It’s a very serious and strict decision made by the vet and not one we would make lightly.”

She said that the two-year-old female cob was being kept on a monitored diet consisting of feed and grass to recover from emaciation.

Just last month, it was reported that rescuers from My Lovely Horse were intimidated by joyriders as they attempted to tend to a neglected horse in the same field in Fonthill, known as the ‘killing field’ for its reputation of horse cruelty.

Bird explained that horse neglect often begins with overbreeding. She said: “This is due to a lack of education. Owners don’t sterilise mares who then mate with several other horses and cause overbreeding.

“This leads to inbreeding and what we call ‘low-quality horses’ which have ill-health and are often neglected.”

In a statement to Echo.ie, a Garda spokesperson said: “Gardai at Ronanstown are investigating an incident in which two horses were abandoned at a roundabout on the Fonthill Rd at approximately 2.30pm on 12th June 2017.

“DSPCA attended the scene and took charge of the animals. Gardai are appealing for information.”