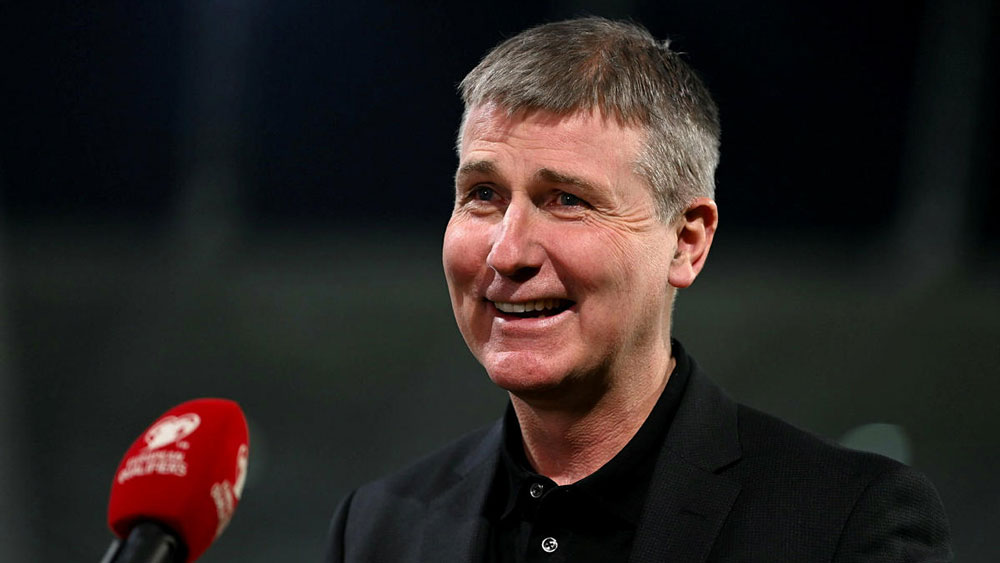 Ireland close out campaign in style against Luxembourg

The Republic of Ireland men’s national team sealed third place in Group A of the FIFA World Cup qualifiers with a 3-0 victory away to Luxembourg this evening.

Deadlocked for the opening three-quarters of the contest, Ireland plundered goals through Shane Duffy, Chiedozie Ogbene and Callum Robinson to eventually ease themselves over the line at Stade de Luxembourg.

While the final result certainly flattered the visitors, the way they went about dismantling the hosts in the closing moments shows that clear progress is being made under Stephen Kenny.

Unbeaten in the final five games of the group – and with just one reversal in 10 outings – the Tallaght man further strengthened his claims for a new contract as Ireland manager.

His current deal with the FAI runs until the summer of 2022, but he may well have a new offer on the table before that point.

When Luxembourg visited the Aviva Stadium back in March, Firhouse native Gavin Bazunu was handed a senior international debut.

Despite the result going against Ireland on the night, the precocious teenager performed well and has kept his place for the competitive games that have followed.

He was joined in the starting line-up by Drimnagh’s Enda Stevens against Portugal last Thursday, but the Sheffield United wing-back made way for James McClean on this occasion.

At either end of the field, Luxembourg’s Ralph Schon and Bazunu made first-quarter saves from Ogbene and Oliver Thill respectively.

Player of the match Ogbene and John Egan also threatened the target in the closing minutes of the half, but the tie ultimately remained scoreless at the interval.

Ireland were hoping to push on for their second consecutive away win, but received a couple of let-offs on the resumption.

Gerson Fernandes fired a tame shot at Bazunu with the goal at his mercy and Danel Sinani had a neat finish ruled for an earlier foul on Duffy.

The visitors held their nerve, however, and finally opened the scoring when Duffy applied the finishing touches to a Josh Cullen free-kick with 23 minutes remaining on the clock.

While this was quite a scrappy effort, Ireland’s second goal of the night was an excellent piece of work.

At the end of a long passage of play, substitute Jason Knight picked out Ogbene, who lofted the ball over Schon in composed fashion.

Knight made a big impact off the bench and he ended the action with another assist to his name.

Racing onto a McClean cross from the left-flank, Knight flicked the ball back for Robinson to slot home his sixth goal in four internationals.