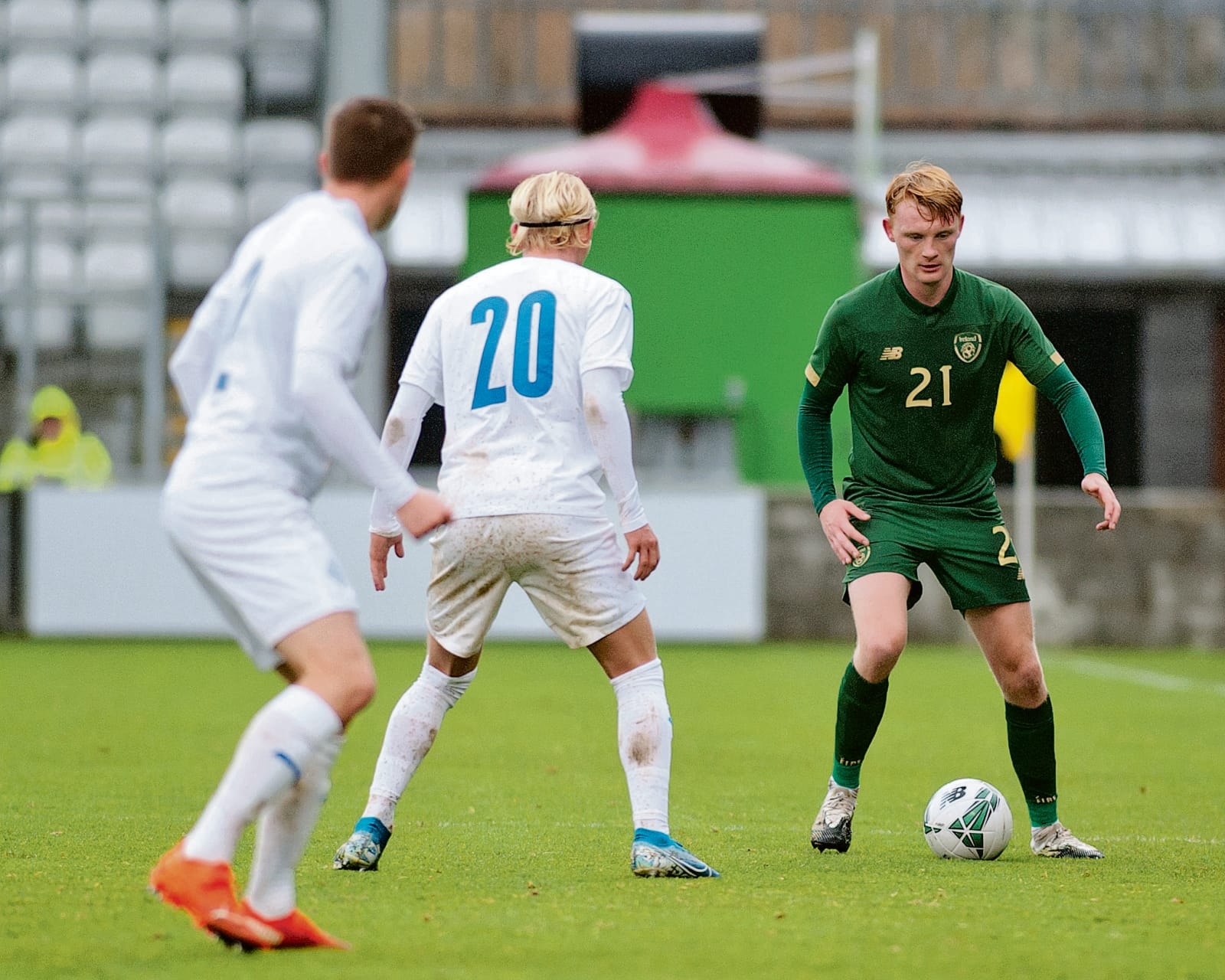 THE Republic of Ireland’s dream of qualification for the UEFA European Under 21 Championship Finals have been left dangling by a thread after they suffered a 2-1 defeat at the hands of Iceland in their Group One clash at Tallaght Stadium today.

An injury-time winner for the visitors by substitute Valdimar Ingimundarson broke the hearts of Jim Crawford’s men who were very much in need of a victory in order to really preserve their hopes of securing further progress.

Liam Scales sizes up his options during the Republic of Ireland Under 21's clash with Iceland in Tallaght Stadium today. (Image: Paddy Barrett)

The late dismissal of former Cherry Orchard defender Nathan Collins when the match was deadlocked was pivotal as Iceland delivered the hammer blow just five minutes later, seeing Ireland drop to third place in the table with one match against Luxembourg on Wednesday remaining.

Iceland had taken the lead 25 minutes in when Sveinn Gudjohnsen produced a lovely finish, but the hosts did restore parity on 75 minutes when Joshua Kayode, who had just been sprung from the bench, pressured  Ari Leifsson into turning the ball into his own net.

Ireland had enjoyed no shortage of possession, but they were unable to convert that into more than the solitary goal they earned on the day.

Conor Masterson saw his header travel too high while Michael Obafemi’s attempt flew the wrong side of the upright in the second period.

And when Collins was shown red, Ireland were suddenly on the backfoot and left empty-handed after Ingimundarson turned the ball in at the death.