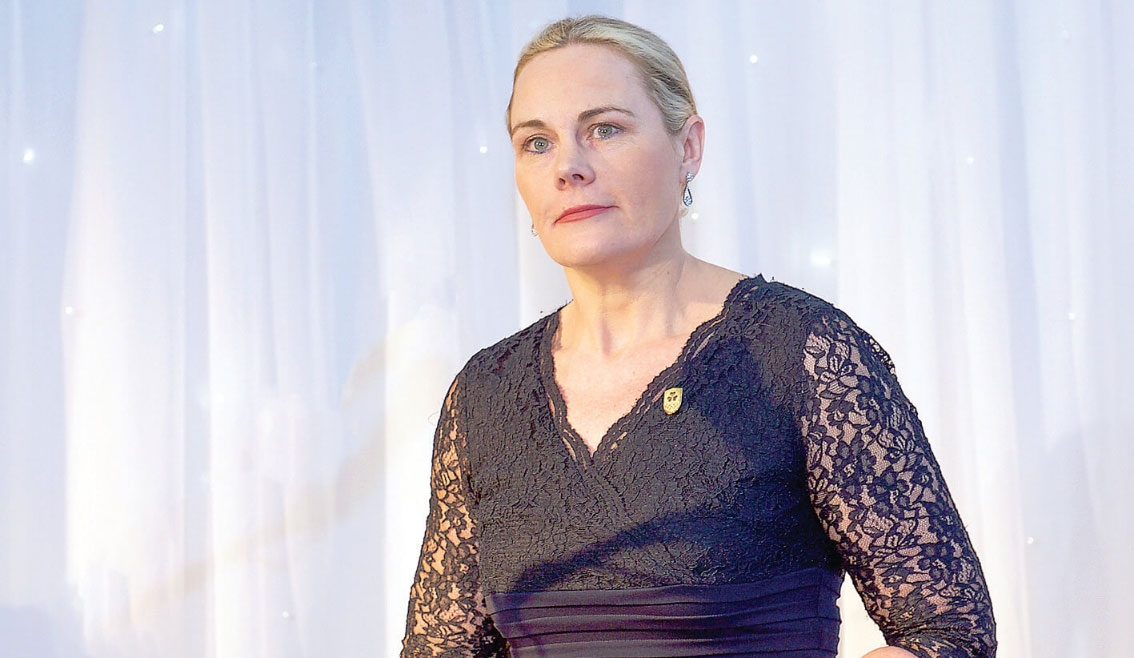 THE GUEST speaker at The Echo 2018 Amateur Sports Awards, Olympic Federation of Ireland President, Sarah Keane spoke of her pride at seeing the wide range of athletes honoured at this year’s event and all that they have achieved in 2018.

Gearing up for a potentially huge year in 2019 when many Irish athletes, including a number of those who were among the contenders for ‘The Echo 2018 Sports Star of the Year’ title, will be pushing strongly for qualification for Tokyo 2020, Keane spoke passionately to them in the Green Isle Hotel about the quest to fulfil their dreams.

Sarah Keane, President of The Olympic Federation of Ireland spoke of her pride at seeing the huge amount of sporting talent and Olympic potential on show at The Echo 2018 Amateur Sports Award night in the Green Isle Hotel.

“I’d like to thank The Echo for the coverage of all sport and specifically, from my perspective, of Olympic Sport.

“As the current Chief Executive Officer of Swim Ireland, and I have been in that role for almost 12 years, we’ve been through an enormous journey, and our athletes and their journey has been followed by The Echo the whole way along.

“As the President of the Olympic Federation of Ireland, it makes me proud to be a part of something like this and see the coverage that goes to our Olympic athletes

“We had better results at world level in 2018 than we’ve ever had in the history of Irish sport.

“We talk about coverage and The Echo is absolutely different from many areas of our sport and our world in terms of the coverage it gives to local communities and our athletes, who, within this room, are incredibly successful at national but also international level.

“Our athletes and the people around them represent our nation on the world stage, because the Olympics is truly a world stage.

“Next year and 2020 is a very exciting time for Irish sport. The achievements that many of these athletes have had this year are the start of their qualification journey and hopefully into performance at the 2020 Olympic Games,” she said.