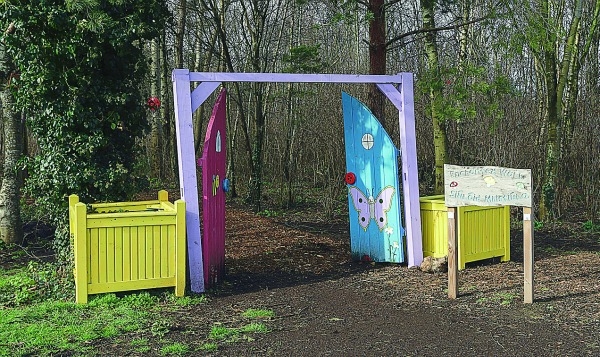 A GRANDMOTHER has said that the Tallaght end of Tymon Park is “no longer safe for children” following a shocking experience this week when visiting the park with her grandchildren.

The concerned grandmother contacted The Echo after visiting the park with her grandchildren, where she had planned to walk along the fairy trail beside the Castletymon entrance but stopped after running into two rats that scared her grandchildren due to their size.

Following the scary ordeal with the vermin, she was shocked to see two teenagers in the forest along the trail who appeared to be taking part in illegal activity.

Speaking to The Echo, she said: “I decided to go to the fairy walk with my two grandchildren, and as we were going into the trail there were two rats the size of puppies and it was like they were playing around.

“In the past the council have acknowledged that area of the park is overrun with rats, and I thought that it might have been cleared up by now as I hadn’t been in the park for a while.

“The rats have always been a concern, they run across the pathway at your feet because they have no fear of people anymore.

“Before we left, I noticed that about a quarter of the way into the trail, halfway into the forest, there were two teenagers sitting there and using what appeared to be drug paraphanalia.

“I found two council staff in the park and let them know, and they called the guards but the council staff had to move them along as there was no-one available to respond to the situation.

“It’s shocking to see rats and drugs in a child’s area of the park – that end of the park is totally neglected and over-run with rats.

“To see drug-users in the middle of the day, it’s really gone downhill. I can’t bring my grandchildren in there anymore, it’s just not safe for children.”

As reported in The Echo last week, local residents have blasted the continued delays to the construction of a new playground for the Castletymon area of the park following the decommissioning of the famed timber playground in 2010.

The Echo contacted South Dublin County Council about Tymon Park, and a spokesperson responded by saying that the area of Tymon Park had already been treated for vermin in 2016 and the space in the vicinity of the fairy trail is in line to be targeted this week.

The spokesperson also said that they do not condone anti-social behaviour of any sort in parks or open spaces and regretted the recent incident. Offenders can be requested to leave the park and can be removed.