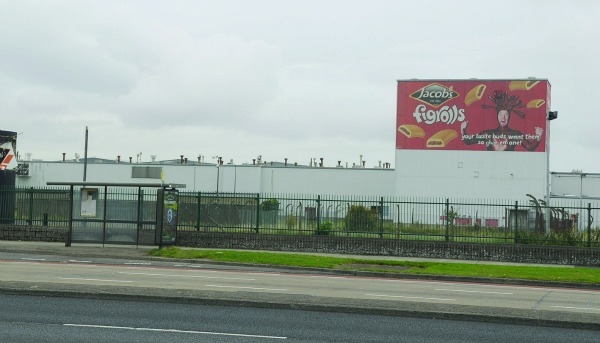 AMAZON’S development of the former Jacob’s factory on Belgard Road moved up a notch after the online giant lodged a planning application to begin major works on site.

Plans lodged with South Dublin County Council by ADSIL (Amazon Data Services Ireland Limited), include proposals for the “partial demolition of the main factory building” and demolition of existing extensions and out-buildings” comprising a total floor area of 5,480 sq.m.

The Echo understands the Belgard Road site is scheduled to become a data centre – generating further jobs and investment for the area.

The Echo broke details previously of Amazon’s Tallaght investments, including the acquisition of the former Jacob’s factory in July, 2015, which followed the construction of two further data centres on the Greenhills Road.

This includes data centres at the former Tesco warehouse – purchased for €7.5 million in 2011 – and at the former Shinko building.

Workers have been on location at the Belgard Road site for over six months now – but this is the first time that works have required a planning permit.

Prior to its acquisition, the former Jacob’s factory had been lying idle since 2008.

Over the last couple of weeks, all the windows at the Jacob’s building have been boarded up and new security cameras have been put in place.

An Amazon representative did not respond to The Echo at the time of going to print.

A planning representative from South Dublin County Council said no further information would be available until such time as the planning application is validated.

One local councillor suspects pre-planning meetings would have taken place between Amazon and the local authority due to the “scale and size of the plans.”

Around 50 construction jobs were created as a result of the Amazon Shinko development on Greenhills Road, but works for the Jacobs site, are expected to be of a much bigger scale and size.

Independent councillor Dermot Richardson said: “I had a previous motion with the council regarding use of the site as a potential start-up centre – to try and flush out info.

“I have it on good authority that it will be a data centre, but that would mean jobs and more rates for the council coffers. It’s good news for the whole county.”

Amazon celebrated its 20th anniversary last year and is growing at an incredible rate with over 154,000 employees worldwide.