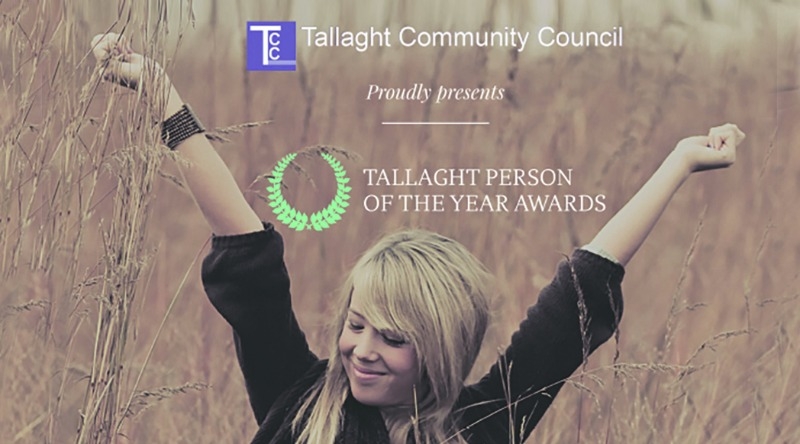 TALLAGHT will be out in force this Friday to recognise and celebrate the area’s army of unsung heroes, and Dublin 24’s appetite for volunteering and its DIY-approach to community development, leadership and caring for others.

Now in its 33rd year, the Tallaght Person of the Year awards will take to the stage of the Red Cow Moran Hotel this Friday, November 11 – with 116 individuals, groups, clubs and businesses this year nominated across eight categories.

Tickets for the prestigious event sold out in record time this year, with 360 people descending on the ballroom of the Red Cow Moran Hotel this Friday to celebrate all that is great about living in Dublin 24, and the people who have helped build it into the progressive, pro-active and inclusive community that it is.

Gerry Stockil, Chair of the Tallaght Community Council, which runs the awards programme, said: “The awards have grown significantly in the last few years, with the number of people being nominated and the demand for tickets on the increase.

“The list of nominees really shows how much of a diverse and pro-active community Tallaght is, with some of the groups reflecting nationwide issues such as homelessness and suicide.

“It really shows how some community groups here in Tallaght are doing the work that the Government should be doing . . . the area has always been ahead in pre-empting and recognising issues and responding to those issues and the needs of the community at a grassroots level.”

A special tribute will be made on the night to the Tallaght Person of the Year 2016, Philip Preston – who passed away suddenly from a suspected cardiac arrest in June of this year.

Philip, from Jobstown, was the youth development officer with Tallaght Rugby Club – he will be represented on the night by his family.

The Echo will have full coverage of the awards night and its winners in next Thursday’s edition.

NEWER POSTMan found lying drunk on floor of A & E in Tallaght was on a ‘pharmacopia’ of drugs
OLDER POSTEcho Exclusive: Despicable dealers now using animals for drug-smuggling