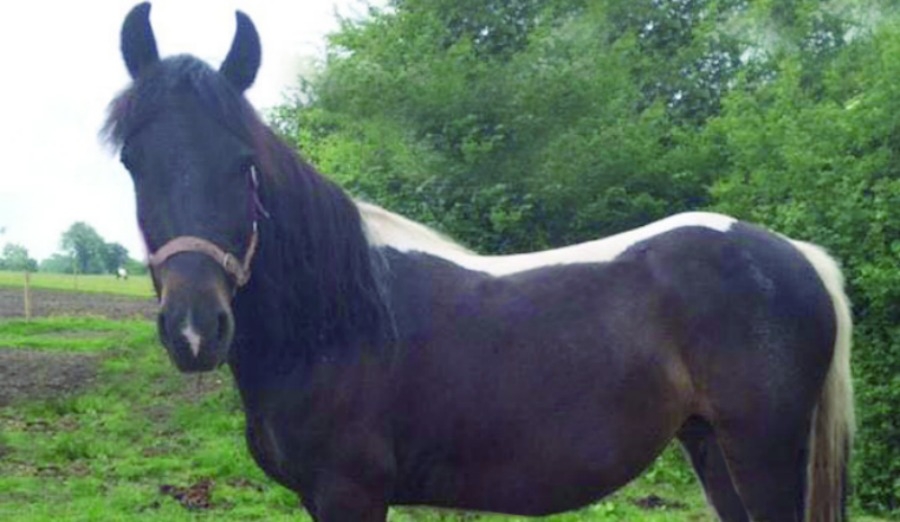 DRUG-dealing has taken a sinister turn in Clondalkin and Ballyfermot with the discovery that horses are being exploited as mules in drug-smuggling operations.

A horse, recently rescued in Clondalkin by the not-for-profit organisation My Lovely Horse, was found to have cocaine stashed in its rear.

Volunteers made the grim discovery when they brought the animal back to the farm for veterinary care.

According to a local source, horses are commonly used by dealers to move around quantities of drugs – namely cocaine.

Frequently, horses are brought by a truck or van to areas in and around Clondalkin, where they are illegally sold without licences for a minimal fee, sometimes for as little as €10 or €20 to youths.

Horses that don’t get off the truck, or horses that are sold for thousands of euro at impromptu ‘markets’, despite presenting in bad shape, are likely used as unsuspecting drug mules.

“We know there is a massive amount of this underground drugs stuff going on,” said an MLH volunteer.

“It’s well known in Clondalkin and Cherry Orchard. Only a certain amount of people are involved, but it’s a whole other world. The police are aware of it, but need to enforce their power to seize horses.”

Of the 110 horses currently in MLH stables, most are rescued from Clondalkin and Ballyfermot.

“The two areas are keeping us in business,” said the volunteer in jest.

“We get calls everyday, and have been in touch with gardaí a million times, but we really need them to back us up on this. Using horses as drug mules is highly dangerous.”

Recently, a horse in the group’s care gave birth to a dead foal which subsequently died, with drugs suspected as the cause of death.

“As far as strategy is concerned, we have run operations together with Lucan and Ronanstown.”

In the last two weeks, MLH have rescued ponies in Tallaght and Clondalkin, the latter was pelted with fireworks and badly shook up.

The rescue group rely on people to foster animals they save, and urge people to visit www.mylovelyhorserescue.com for more information.