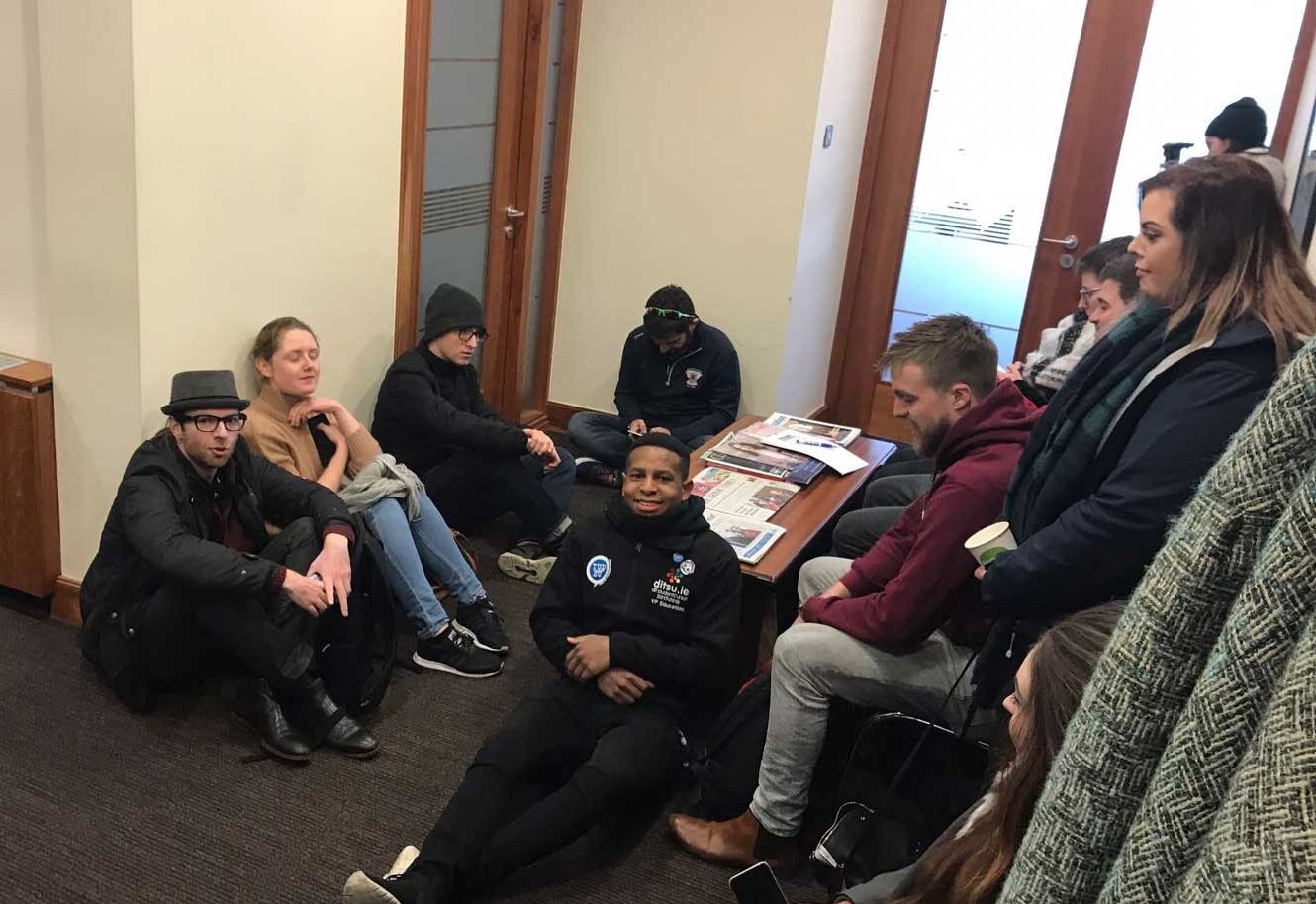 IT Tallaght students are currently occupying the college President’s office in protest of Students Union (SU) claims that they have worked more than 600 hours of unpaid overtime.

The protest, organised by ITT SU, is being staged in response to the college not hiring a full-time SU secretary - after the Students Union’s full-time secretary, Pauline O’Reilly, retired in September.

According to ITT SU President, Jason Kavanagh, this has resulted in him and the two other sabbatical officers, Welfare and Education, having to take on more administrative duties.

As a result, Jason said that student services have been adversely affected.

Speaking with Echo.ie today, Jason said: “We stopped counting two weeks ago, but in the months since Pauline left, we have worked over 600 hours in overtime unpaid.

“Part time officers have had to help - they are missing class as a result and one recently resigned.

"Volunteers are being called in to help.

"For the sabbatical officers, it’s put a lot of pressure on our lives."

Jason added that the Students Union building is closing ‘sporadically’ to deal with the extra workload, as well as having to cut back on student services.

“This is obstructing other work including taking on emergency cases”, he said.

“Financial planning for the year [also] takes a lot of time and I’m not always able to do it.”

The protest was announced on Monday and a petition with 500 student signatures was presented to college officials on Tuesday, who, according to the SU, have yet to commit to hiring a new secretary.

Students from DIT, IT Blanchardstown and IT Tralee are all attending the sit-in, as well as representatives from political party, Solidarity.

The students are currently sitting in the President’s office and “are committed to staying overnight” if they feel it is needed.

IT Tallaght have not yet provided a comment to Echo.ie.