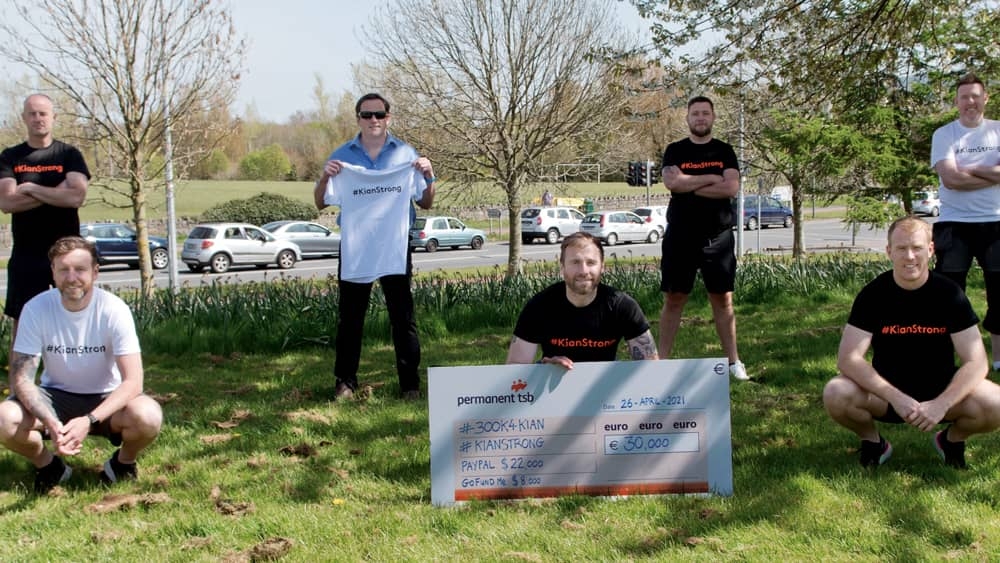 INCREDIBLE effort has paid off as seven men who ran 300 kilometres each in March raised over $30,000 for a young boy with a brain tumour.

Kian Finnegan was diagnosed with a rare and cancerous brain tumour when he was just four months old in 2019. Kian has had to endure numerous operations and rounds of chemotherapy and radiotherapy.

Friends of Kian’s Dad Neil and Thomas Davis GAA members Shane Davoren, Darragh Fahey, Thomas McEvoy, Anthony Rafter, Andrew Keane, Paul Higgins and Ciaran Johnson decided to run 300 kilometres each throughout the month of March to raise funds for Kian and his family, who are currently living over in the states.

Through the #KianStrong GoFundMe page and the men’s own PayPal pool - that was set up for the fundraiser - they managed to raise over $30,000, which equates to just over €24,000 which will go towards Kian’s extensive medical expenses.

Speaking to The Echo, one of the men participating in the fundraiser, Shane Davoren, said that the group “got each other through it”.

“It was tough but nowhere near as tough as what the family are going through. It went fine, and the group are very strong together.

“A couple of the lads would have come from a lower standpoint than some of the rest of us running wise, but they just took it up a level, they were brilliant and inspiring – pushing us through it.

“There was rarely a time that someone ran alone unless they wanted to.”

The men finished their fundraiser on March 30, with a socially distanced group of people coming out to show their support and gratuity on the men’s last run.

“The last run, to get that crowd that was in Aherne’s car park, we weren’t expecting that at all. Friends and family were there and Neil’s parents were there.

“We spoke to Neil and the family on Facetime which was great.

“We thought a couple might be there just to mark the finish, but we were blown away by the people that turned up.

“The comradery was great and anytime we had bad days it was nothing compared to what the family were going through, so we just shook it off and got out.”