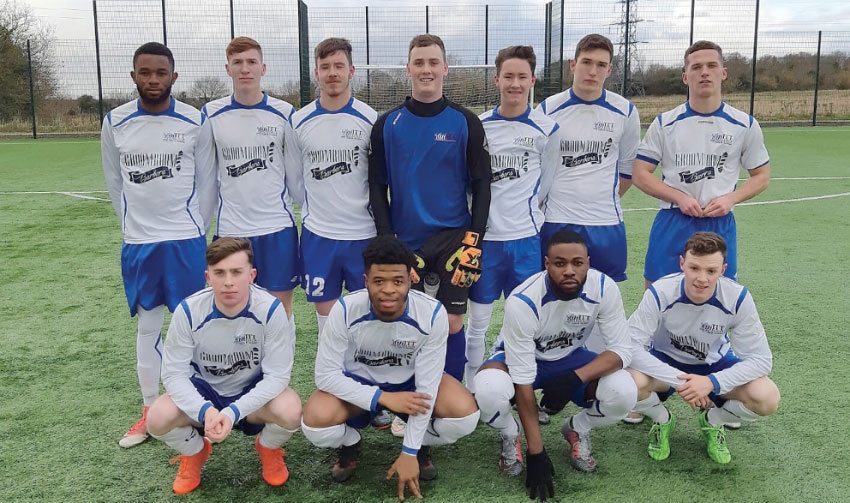 IT TALLAGHT men’s soccer team secured a home quarter final in the CUFL after finishing top of Division One Group A when they recorded a thrilling 3-2 win away to Blanchardstown on Tuesday.

Pat Scully’s men started the game at a very high tempo and their efforts were rewarded when a long ball from Eoin McPhillips was not properly dealt by the Blanchardstown defence and Junior Sanusi subsequently broke through to score.

The visitors built on the early momentum that goal generated when they doubled the lead on the half hour mark.

Good work out wide by Jordan Ojo saw him whip in a low cross that was turned in at the front post by the on rushing right full-back Adam Maher.

Yet, Blanchardstown began to get a foothold in the match and pulled one back five minutes later when Rob Manley headed home superbly.

And the homeside was bolstered even more when Tallaght where reduced to ten men just before the interval after winger Brian Sofola was shown a red card.

And the hosts re-emerged after the break on the front foot, dominating possess-ion, although Tallaght’s defence held firm.

Their resolve was rewarded when a misplaced pass allowed Junior Sanusi in through on goal and he held his nerve to make it 3-1.

Blanchardstown did manage a second but it was to prove too little too late.