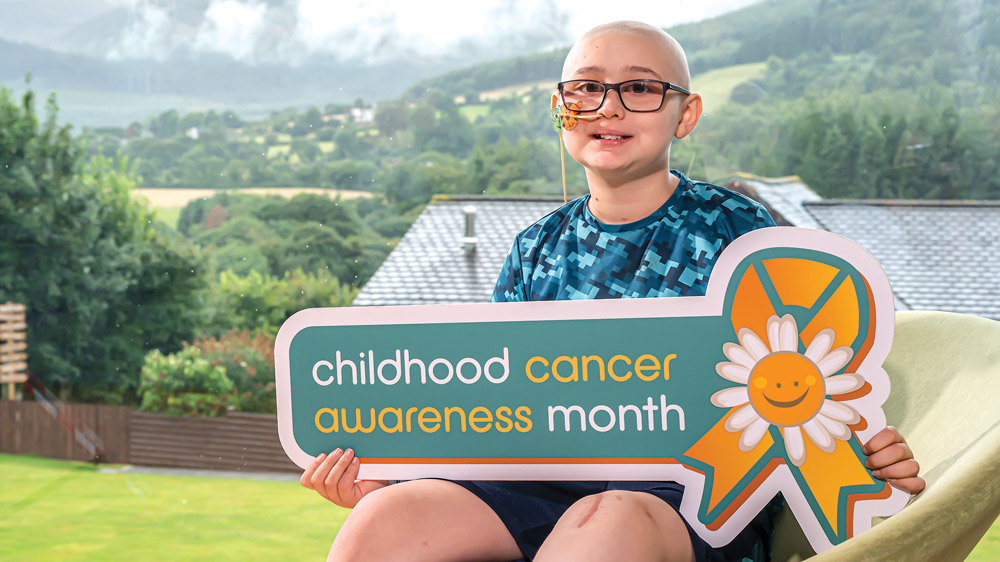 FAME is something that was always a dream for Jacob Perkins (12), with the young lad fronting a campaign to raise awareness for cancer supports as he engages in a battle with a rare form of bone cancer.

The youngest of seven children to Suzanne and Douglas Perkins, who are from Kilnamanagh and Drimnagh respectively, Jacob was diagnosed with Osteosarcoma earlier this year.

“Your child being diagnosed with cancer is a worst nightmare really,” Suzanne, who now lives in Clondalkin, tells The Echo.

“Jacob had chemo but that stopped recently, he’s now going to St Luke’s for radiation, that’s only for five days in all.

“We’re taking everything day by day, trying to make the most of every situation and make memories for everyone.”

On January 8 of this year, Jacob had a fall in the family home in Clondalkin and began limping.

Believing he may have hurt the ligaments in the back of his knee, due to the radical swelling, Jacob had a day of relaxing in front of the television the next day to try rest his leg. 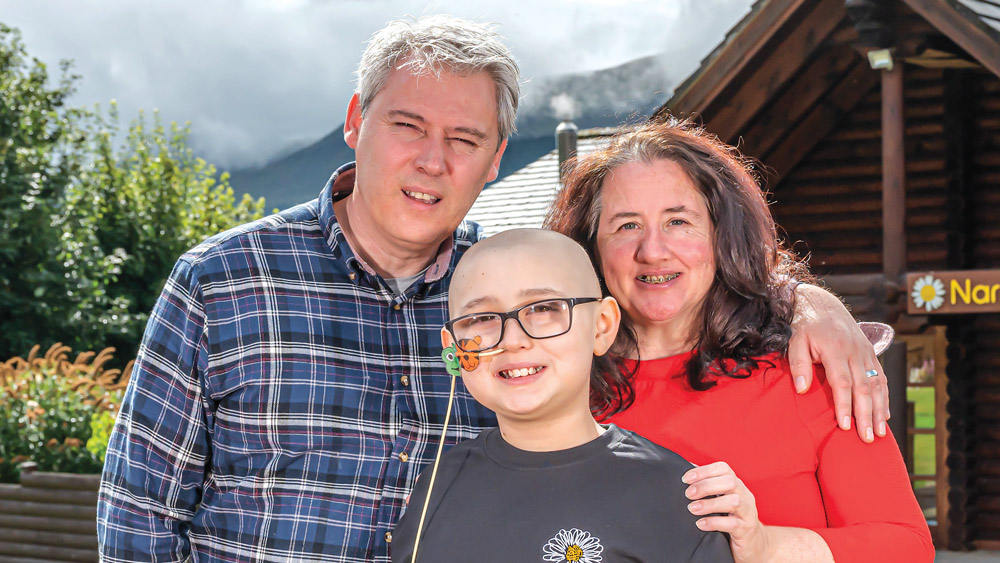 However, within the week, following an X-ray in Tallaght University Hospital and follow-up examinations in Children’s Health Ireland (CHI) Crumlin, Jacob was diagnosed with bone cancer.

Osteosarcoma is a cancer that mainly occurs in young people, with 80 per cent of tumours arising around the knee and with some 30 new cases in Ireland every year.

Despite the rarity of his cancer, Jacob has a knack for finding the light in even the darkest of situations, with his illuminating smile brightening up each day.

“Since Jacob was diagnosed and started his treatment, he has never given out,” says Suzanne.

“He’s such a happy child and he’s been positive all the way through. I’ve never had to drag him to hospital or anything, he’s a great child.”

Naturally buzzing with energy, most days when he’s in the ward, you would hear Jacob before you would see him because he’d be either dancing around or belting out a few lyrics from a song. A performer by nature, the former Scoil Talbot student always wanted to be famous and had an opportunity recently.

Jacob fronted the Cancer Fund For Children (CFFC) campaign for World Childhood Cancer Awareness Month, bringing the family of nine together for a holiday at the Daisy Lodge respite centre in Newcastle, Co Down. 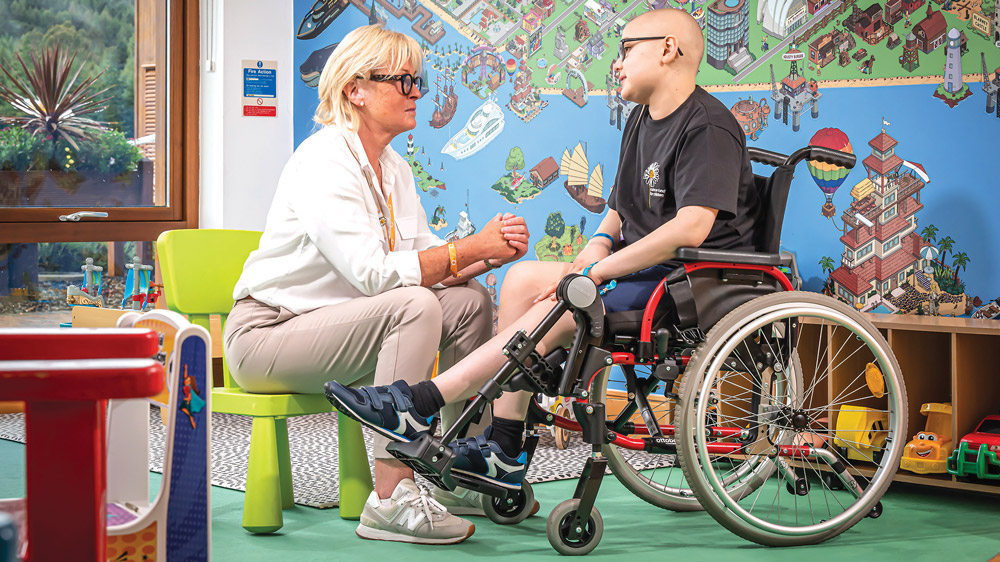 Through this campaign, the family are helping raise awareness for the need for more cancer support specialists and facilities across the country.

CFFC is a charity that supports families with a childhood cancer diagnoses and it is seeking support to fund further nursing specialists.

Kim Murray is a hospital-based cancer support specialist, receiving 80 referrals from families of children with a cancer diagnosis since starting CHI Crumlin in April. One of those children is Jacob.

“A social worker called Kim has been looking after us, she is absolutely brilliant,” Suzanne details. 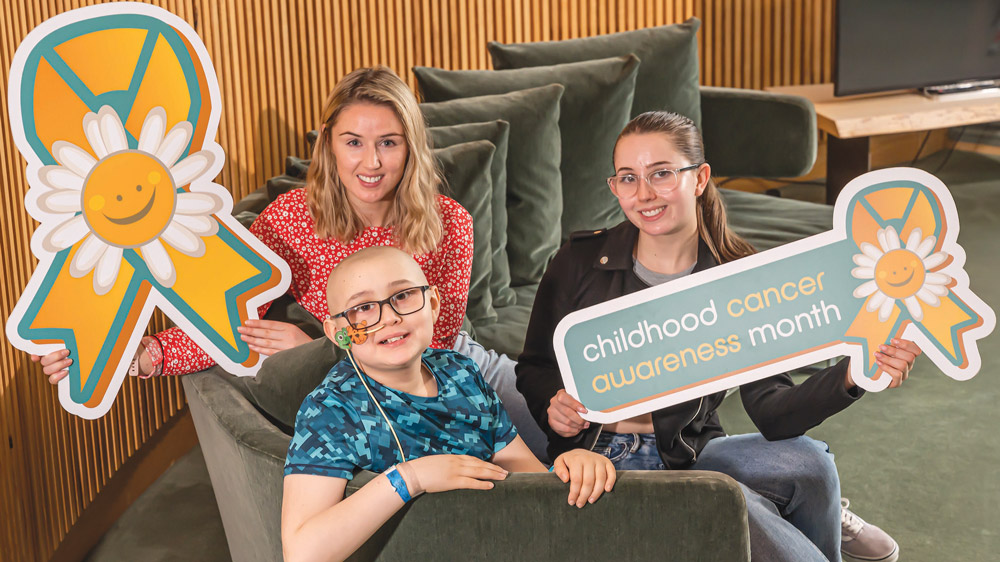 Jacob with his older sisters Veda and Kayleigh

“She put us forward for the Cancer Fund For Children, because he is such a happy-go-lucky child and we then went out to Daisy Lodge for some filming and there was a professional photographer there.

“Jacob thought he was great, and we got to stay there for a few days as a whole family – that meant so much to us because we don’t really get to do a lot with all nine of us.

CFFC is looking to fund a new Daisy Lodge respite and short breaks centre in Co Mayo, to accompany the already existing site in Co Down.