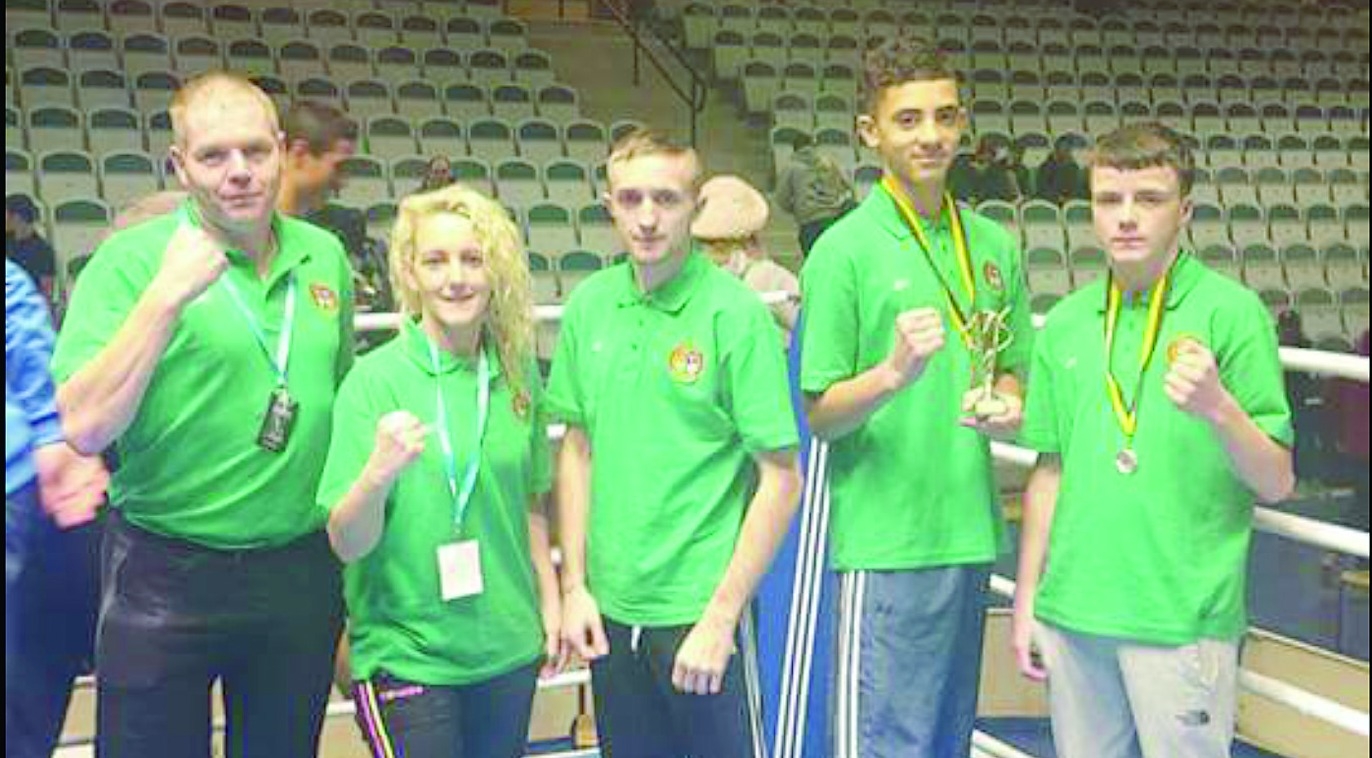 Jobstown boys emerge the ‘Kings of the Ring’ in Sweden

JOBSTOWN Boxing Club members Joshua Olaniyan, James Gray and Jonathan Hughes all made the podium at the ‘King of the Ring’ Championships in Sweden last weekend.

Competing at Boy Two 57kg, the former took a unanimous decision in his title decider against home boxer Thomas Langelard.

Stopping his Norwegian quarter final opponent in the second round, Olaniyan followed that up with a 3-0 victory over Ulpian Kaystrahti of Sweden in the penultimate rounds and another comfort win in the final, earning the ‘Best Junior Boxer of the Tournament’ Award in the process.

Gray also topped the podium in his respective Senior 56kg class, starting out with a TKO of Simon Knall of Oakley ABC in England in the semi finals.

This set him up for a title fight against Italy’s Michael Pinarqote and he again produced another devas-tating performance, unload- ing a series of body shots that sent his opponent to the canvas and forced the referee to step in.

Hughes was unlucky not to make it a clean sweep for Jobstown, as he played his part in a ferocious Boy Four 48kg decider against England’s Miley Chalk who took a split decision.

Hughes had booked his place in the final after stopping another English opponent Taylor Smith of Hoddeston BC with some heavy body shots in the second round.