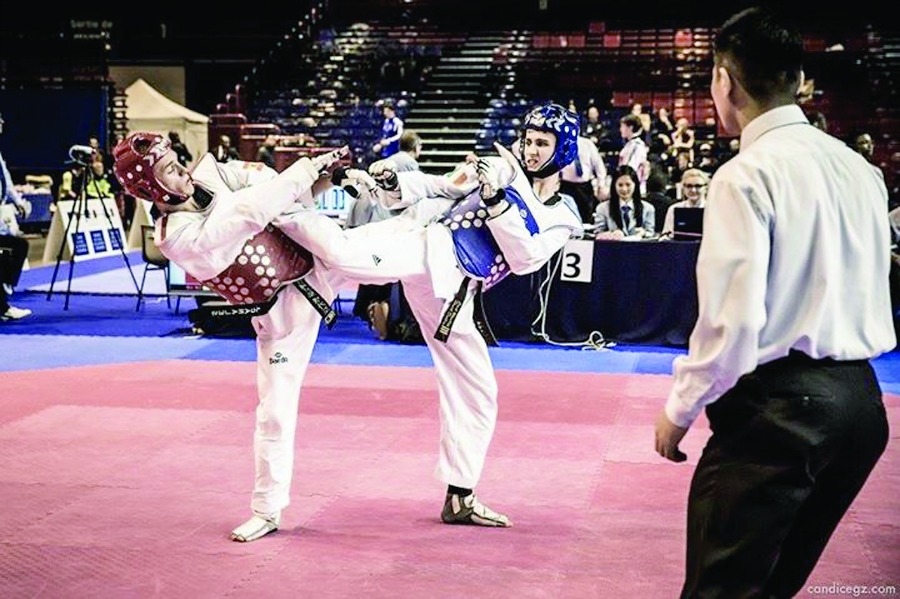 AFTER the cancellation of last year’s Paris Open as a result of the terrible atrocities in the French capital, South Dublin Taekwondo’s Jack Woolley returned to line out in the 2016 edition.

One year later, and the French Taekwondo Federation regrouped and staged a fantastic World Ranking Tournament in which the Tallaght competitor closed out his 2016 Open programme in blistering fashion by taking gold.

Attending with his coach Robert Taaffe, the two were trialling some new methods ahead of the World Taekwondo Grand Prix Final on December 9 for which Woolley is the first Irish competitor to have qualified.

Seeded Number One, Wooley was handed a bye through the opening round after which he saw off his Belarusian counterpart by the ’12 point gap’ 15-3 in the second.

This led to a quarter final match against local French National Athlete that finished 12-3 in Woolley’s favour as his opponent was disqualified for 10 infractions.

Woolley eased through his semi 9-1, a set up a decider with a former European Champion who Woolley beat 10-1.
“’I’m very proud of this mature performance” said South Dublin Coach Robert Taaffe.

“It sets us up nicely for the Grand Prix in two weeks. We have one of the world’s best kickers at home here in Ireland and it’s very exciting times ahead for Jack and all his clubmates” he added.