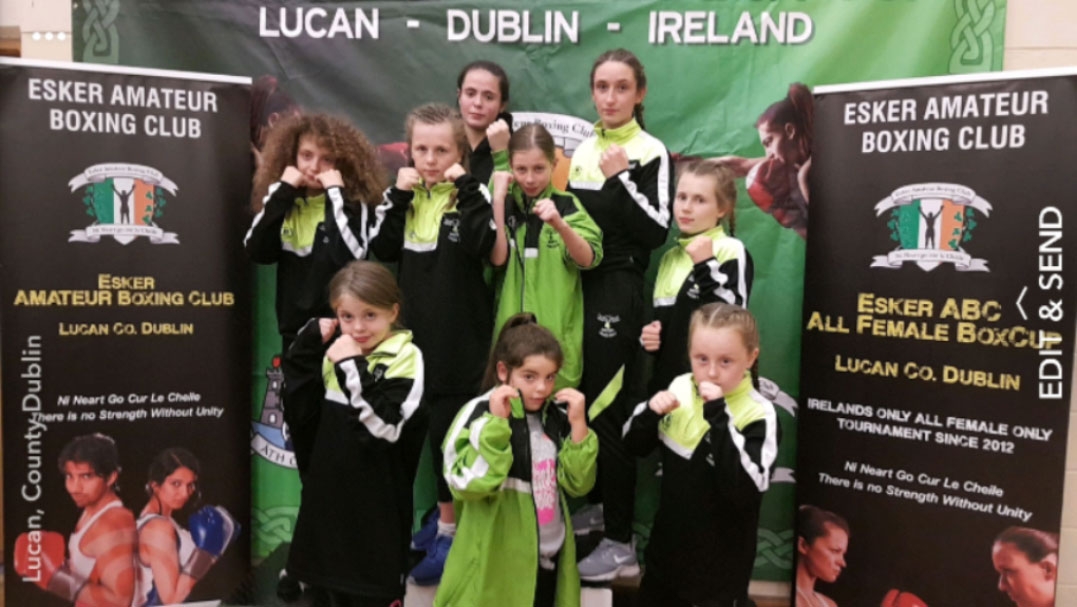 Chantelle Spencer took a spilt decision against Nicole Clyde from Antrim in a straight Youth One 49kg Final which she won after landing some perfect right hands against the tall classy southpaw who was two weight divisions higher.

And while she tired somewhat in third round, the Tallaght girl had done more than enough to take the gold.

Abbie Coventry, making her competitive debut against Girl One 30kg competitor Abbey Cullen from St Briget’s in the semi final, landed perfect jabs and strong back hands to take the win and set up a clash with Jayda Gibney in the decider.

Again she produced another fine performance that saw her stop her Dunboyne opponent in the second round and subse-quently top the podium.

Jobstown’s Gabrielle Mongan proved too strong for Ella Molone in the Girl Two 44kg decider, stopping her St Bernadette’s opponent in the second round with some great combinations.

Breanna Courtney was beaten by Nicole O’Sullivan from St Bernadette’s club and had to settle for silver in the Girl Four 57kg division.

Despite an impressive performance by Chelsea Curley, she was pipped by Bella Hughes from Mount Tallant in the Under 18 60kg Final

Indeed, she put in three very strong rounds, landing clear jabs and back hands in a bout that could have gone either way.

Maria Mongan took gold,, but had no opponent so she boxed in two exhibitions on the day.

Jobstown’s Sienna Fitzpatrick and Katie Kelly from Esker both turned in great performances in their 10-years 36kg exhibition while Faith Kileen received a walkover and Ava McCabe boxed in a 10-years 32kg exhibition.

ON another note Joshua Olanyian heads to Yorksire this weekend with a strong Dublin selection to represent Ireland against England.