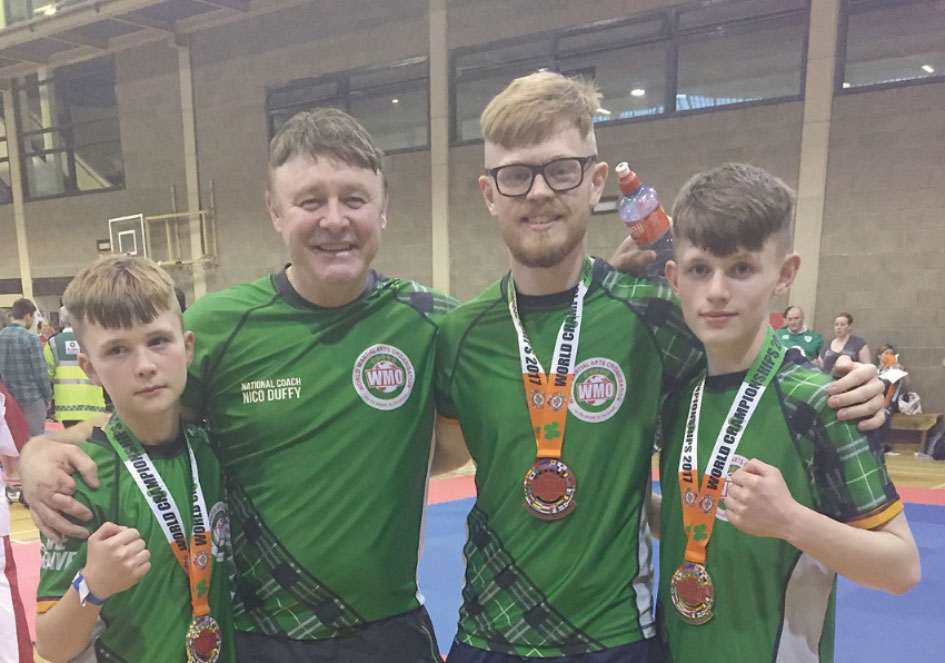 THE RIDDELL brothers Jake, Zak and Josh from Kilnamanagh all medalled  under the watchful eye of Team Ireland Coach Nicolas Duffy at the WMO World Championships held in ALSAA Sports Club.

Jake (21) lined out in a tough -83kg Light Contact division, reaching the semi finals where he fought off for a place on the podium and beat an English opponent to secure bronze.

It marked the second year he has retained this world title at his weight.

Josh (11), competing in his first world champion-ship, took his place in two sections of the tournament, the first being the -45kg Light Contact class in which he came up against some really tough competitors from England and Canada.

He made it to the semi finals, but lost in a tight battle that resulted in him missing out on a medal, but he went all the way in the 11/12 Full Contact field, becoming the new -45kg Full Contact World champion.

Next up for the three competitors will be fights on November 11 in Tipperary, where Zak will be going for his first Irish ISKA title, Jake contests a Senior -80 Full Contact bout and Josh will fight a three-rounder.