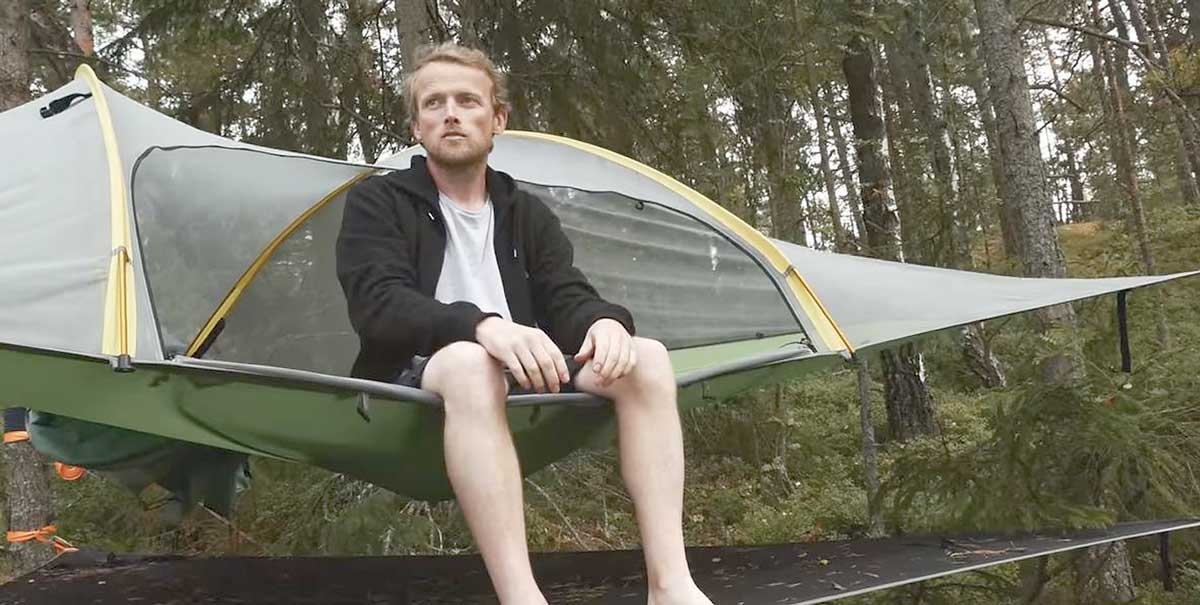 A JOBSTOWN man who moved to Helsinki ten years ago is the star of a new advert for Finnair, where he takes viewers to the island of Vallisaari, which is a 20-minute ferry ride from the Finnish capital.

Patrick Byrne (41) moved to Helsinki in August 2008, after he had visited the city several times when he was in a relationship with a Finnish woman and found that he liked the city.

The past pupil of Jobstown Community College (Mount Seskin CC) took part in the advert as his friend Alex Leander was making the video, and asked him if he wanted to be involved.

In the video, Patrick goes paddle boarding on the island, which was only opened to the public in 2016 as it was previously under the ownership of the Finnish Defence Forces, and he also went on a fat biking tour around the island before camping in the outdoors.

Explaining what the experience of being in the ad for the Finnish airline was like, Patrick said: “It was a day of shooting, and the island where it was shot really is a beautiful place to visit. It was great!”

Vallisaari is open to the public from May to September, and it’s a popular destination as it’s a tranquil, nature-filled island that’s in close proximity to the centre of bustling Helsinki.

Patrick, who works as a carpenter, described Helsinki as a “lovely small city”, and said that he really enjoys “walking around the downtown area, with the city’s main market square next to the harbour.”

However, when asked what he misses about his hometown, Patrick told The Echo: “I really miss the mountains.

“When we were kids we would disappear up there, escaping from the hassle of the suburbs if only for a few hours at a time.

“You have to remember this was at a time long before anything else was built beyond Jobstown.

“Yes, we had Blessington up the road from us, but sharing the last line alongside Killinarden – it really did feel like we were the last frontier.”