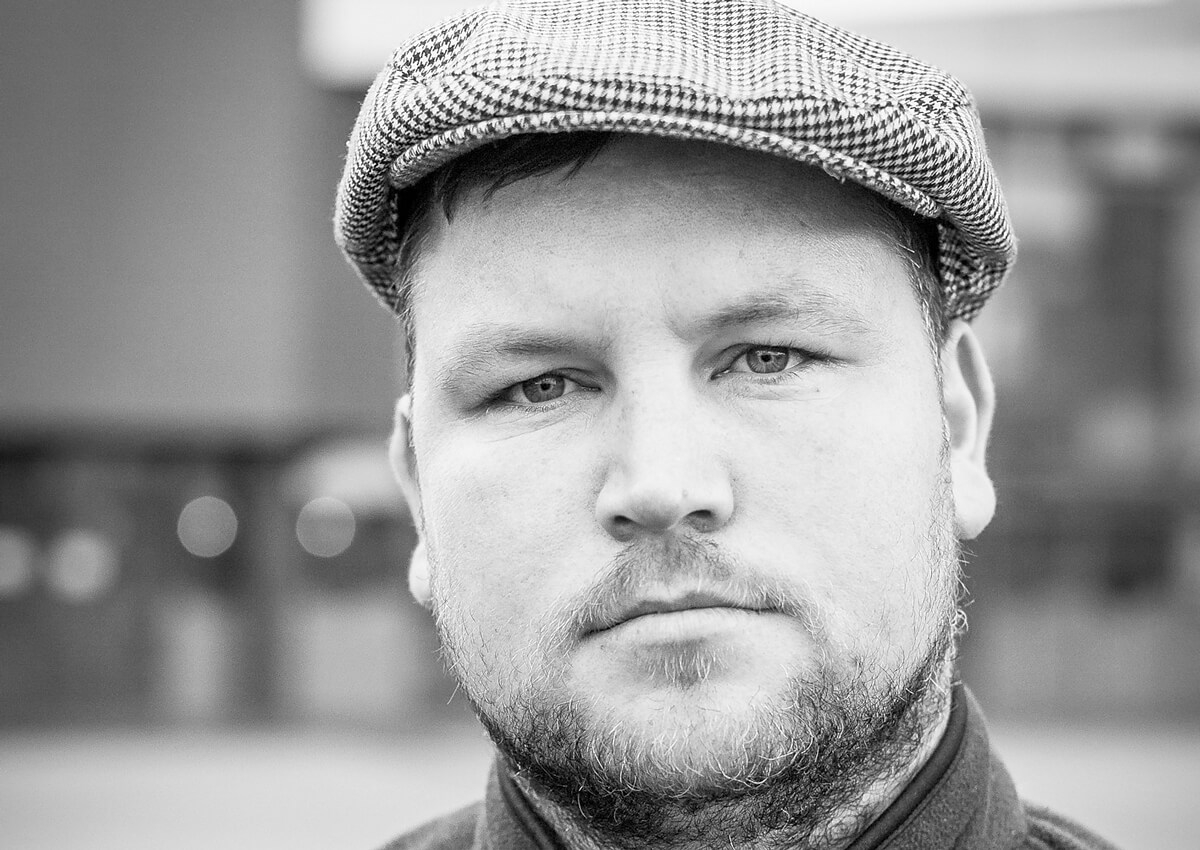 One man, one hour, three stories intertwined in a bubbling story about what draws young men to a life of crime. Directed by Jimmy Smallhorn, ‘Ireland’s Call’ is a new one-man play written by and starring acclaimed actor John Connors.

Although the story may seem simple, it goes deeper into the exploration of class, religion and identity in the current Irish landscape.

John Connors outside The Civic Theatre.

John shot to fame when he starred as Patrick in Love/Hate, gained mass critical acclaim for his film Cardboard Gangsters and is making his playwriting debut with ‘Ireland’s Call’ when it hits The Civic Theatre stage on March 8 and 9.

He took some time out this week to tell us why he chose the title ‘Ireland’s Call’, the punch and hug technique and what’s next for the actor.

How did you come up with the idea for Ireland’s Call?

Basically, I wanted to do theatre but something that’s not boring because most things that I watch bore the bejaysus out of me. It’s mostly middle-class people trying to tell working-class stories nowadays and that’s not right, that’s not what ‘Ireland’s Call’ is. The language of theatre, which is show don’t tell, I suppose, creates this unique opportunity for me to say what I have to say about Ireland and the current state that it’s in. But there are some funny bits in it as well as the more serious stuff, I just wanted to do something in theatre and I think it’s a bit of fun.

Do you feel like there’s a lot of pressure on yourself during the show because it is just you for 60-minutes on stage with no intervals?

No. There’s not that much pressure, like I’m not going out in front of a firing line, I know that if I bomb on stage then I bomb, that’s it. It’s not going to kill me. When we were performing the first few shows I was a bit nervous but that’s normal, nerves means that you’re human.

‘Ireland’s Call’ obviously has a strong association to rugby, why did you pick that title for your play?

See, the song is a load of bull****. ‘Shoulder to shoulder, together standing tall’, how are we standing shoulder to shoulder when we are constantly being f****d over by the ‘elite’? There’s a class difference there, that’s not together standing tall. It’s not a very true depiction of society and I don’t know whether or not that’s the compromising nature of Irish people. But that’s the point of the title, it’s irony and I’m using that to vent my frustrations about Irish society.

It’s very clear from your work that you care a lot about social equality, do you feel like you have a duty to represent those living in social deprivation through your work?

No. I don’t have a duty to anyone. I support equality and fairness, that’s what I’m all about, fairness is at the centre of my being and that’s it. I want to express what I feel through my work and it gives me the opportunity to do that.

Is that the message of the play?

No not really, there’s no message. Obviously, people from different backgrounds will take different things from the show but I haven’t got a message that I’m trying to force people to understand – I just want them to go see it and enjoy themselves. There’s a post discussion after it with myself and Jimmy [Smallhorn], a lot of actors would just f*** off after the show but there’s a lot to talk about. If people just want to stick around to grab a selfie or whatever that’s no bother, I’ve no problem doing that either. We did it in Bray and it turned out well, it creates an open dialogue with each other and that only adds to my intentions.

There’s obviously a lot to unpack from the hour-long show?

Yeah there is. It deals with class, religion, the state, abuse, drugs, and addiction – particularly state neglect and classism. There’s all of that but there is laughs in there too, like it starts with James, who wants to fly over to Ibiza with his mates after watching Kevin and Perry Go Large. That’s kind of the way I like to do it, punch and hug. You punch them in the stomach with some drama and then give them a hug after.

You are very outspoken about class issues and the government among other things, would you ever consider getting in to politics?

I have thought about it, I’ve thought a lot about. I was approached by two political parties before, but I lost acting gigs because of my stances on certain issues. So I’d never do it, my dignity and honour are very important to me and I feel like you have to compromise those things to be a politician, and it’s no fun. I love acting. Acting is fun for me, when you’re standing on stage in front of a crowd and your heart is racing, your endorphins, serotonin are being released – there’s nothing like it. If I was a politician it would drive me to the drink, you see these huge 10 grand drink bills – it would, honestly.

Cardboard Gangsters is on Netflix now and is gaining attention worldwide. How does that make you feel knowing something you worked so hard on is doing so well?

It would have been nice to make a few quid off of it. It was the highest-earning Irish film of the year but unfortunately the artists involved didn’t make much money, the writers, director or producers. Don’t get me wrong I’m glad it got to Virgin Media and Netflix and that. Like it’s on Netflix in America, Canada, Australia, New Zealand and all so I am happy people are watching it. We don’t make films for it to be shown in an empty dark room at some film festival in the back arse of nowhere. We want people to actually see the thing.

What’s next after the play?

I’m doing the play and I’ve finished a two-part documentary series. I’m also making a film about Joe Egan, a boxer who trained with and went thousands of rounds with Mike Tyson. But mainly I want to get independent, to try make some connections abroad so I can get funding for my projects because I can’t get funding in Ireland, I’m blacklisted. When we made Cardboard Gangsters, we were denied funding by the board and then we made a short and were denied funding – for a short! So I really want to get that relationship.

‘Ireland’s Call’ is running for two nights in The Civic Theatre on March 8 and 9 with tickets available from The Civic HERE.