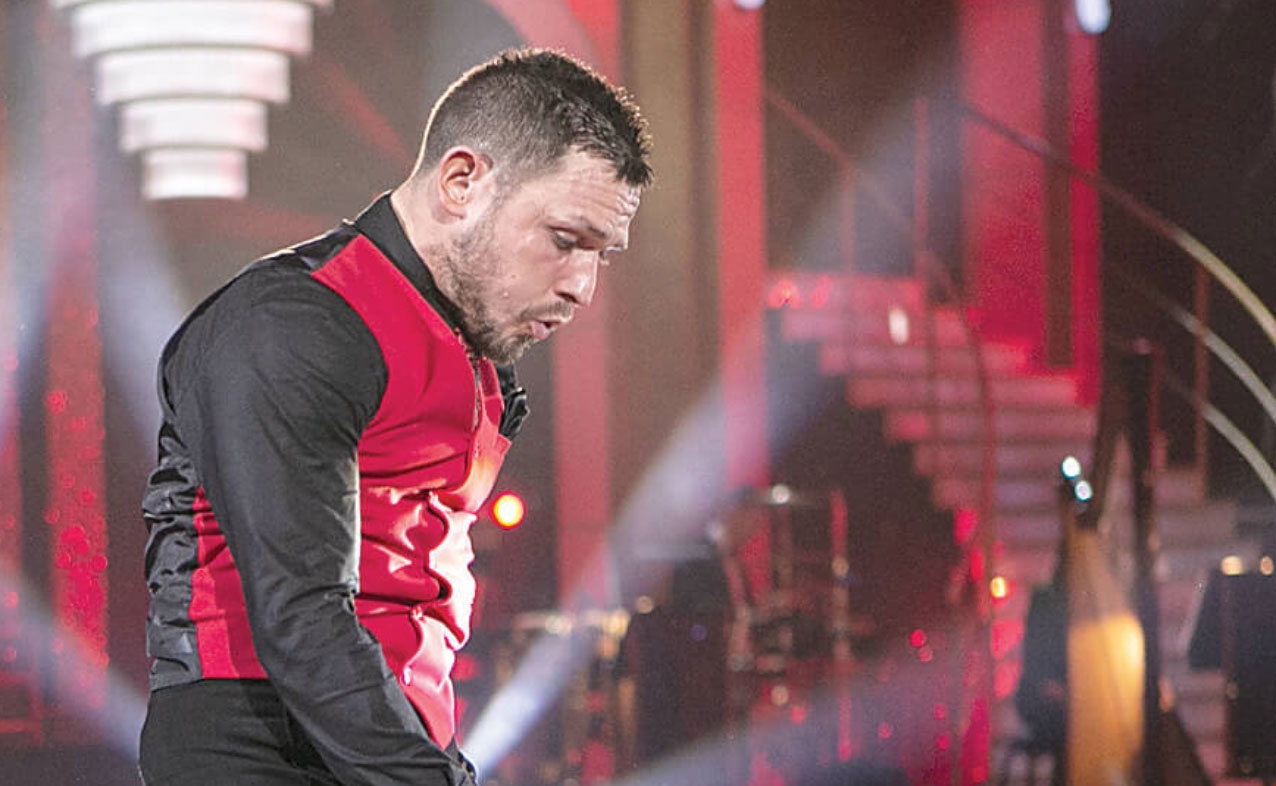 TWO local lads have gone through to the next show of RTÉ’s Dancing with the Stars Ireland, after impressing the judges with their performances on the show’s Orchestra Week on Sunday evening.

The celebrities, who are all vying for the coveted glitterball trophy, were accompanied by the RTÉ Concert Orchestra – giving a grandiose feel to proceedings.

Johnny Ward dedicated his dance to his dad

All-Ireland football winner and Glenview man Denis Bastick did an emotive foxtrot to Adele’s ‘Someone Like You’ alongside his professional dance partner Valeria Milova, with the GAA star adding: “We had a good week training. It was great to dance to the orchestra.”

Denis received praise from the judges, with judge Brian Redmond remarking: “You big softie. The foxtrot is my favourite dance.

“How you danced it actually made me want to be there in your place. Overall, a very good foxtrot.”

Similarly impressed by Denis’ performance, guest judge Darren Bennett said: “[The dance was] sensuous…[that’s] something you wouldn’t hear about a Dublin footballer.

“I really felt like you got into the essence of the dance. So much better, so much sway – your best ballroom dance so far.”

The judges gave Denis a total of 23 for his moving foxtrot.

Later in the show, ‘Love/Hate’ and ‘Fair City’ actor Johnny Ward, who hails from Greenhills, took to the stage alongside his professional dance partner Emily Barker with an energetic tango to ‘Viva La Vida’ by Coldplay.

The performance had an emotional resonance for Johnny, with the performer explaining after his dance: “I want to dedicate [the dance] to my dad and everyone in Tallaght Hospital keeping him here.”

The judges were bowled over by Johnny’s performance, causing judge Brian to comment: “I really enjoyed that great combination…reverse pivots crosses…nailed every single one of them.

“The one leg reminded me a bit of a ballerina, but apart from that I absolutely loved it.”

Judge Darren said: “Totally transfixed. This was expressive, explosive…you really dominated the characterisation of the dance.

“You didn’t over-dance, not a foot wrong – I absolutely loved it.

Johnny scored a total of 29 from the three judges.

Both Denis and Johnny secured their place in this Sunday’s show and have so far avoided elimination or competing in the dreaded dance-offs, but the competition is hotting up as this Sunday it enters into its ninth week and the final draws closer – but there can only be one winner.

The next episode in the series will air this Sunday, March 3, at 6.30pm on RTÉ One.