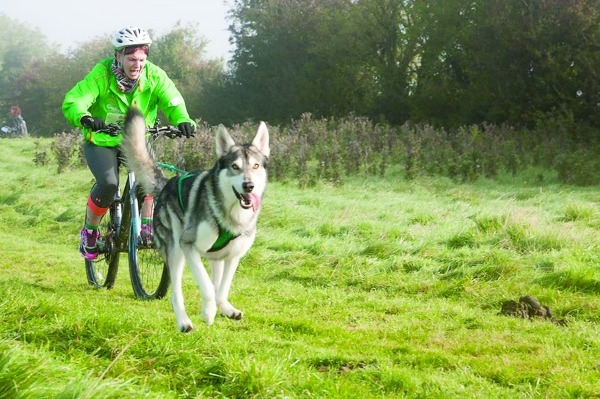 Jones to build on Euro experience

LOUISE Jones will be looking to draw on the experience of competing in last year’s European Canicross Championships in Scotland when she takes part in the 2016 edition of the competition in the Czech Republic this weekend.

The Lucan woman will be one of four competitors on the Irish team along with Karen O’Connor from Sligo, Athlone’s Edel McManus and Stephen Wynne, also from Lucan.

Jones will be competing in the 20-40 years bikejoring and scootering divisions with her dog Dyson, while Wynne will take part with his two dogs, Bonnie and Buttons in 40-50 years canicross.

Looking ahead to the event Jones said “I don’t know if I’ll be able to win a medal. The competition is just so tough, but I will be happy if I improve on my last performance [n the Europeans].

“It’s looking like there will be around 600 athletes competing, so there’s lots of pressure on us.

“A lot of countries are very serious about this competition, but at least now I know what to expect” she added.

Both Wynne and McManus will be competing in the European Championships for the very first time while O’Connor, as President of Canicross Ireland’ is a more practiced competitor.