SUPPORTING young people to play sport and get involved is among the goals of new Tallaght Person of the Year, Zak Moradi.

The 31-year-old was named Tallaght Person of the Year at a community-awards gala last Saturday, when 320 local people and groups gathered to celebrate their hometown.

Speaking with The Echo after the event, Zak said: “I was absolutely shocked [when my name was called out], I really wasn’t expecting it…. and I’d like to thank those who nominated me.

From Kurdistan, Zak has been involved with Thomas Davis GAA Club for the past 18 years.

In 2002, at the age of 11, Zak came to Ireland with his family, settling in Leitrim before moving to Tallaght two years later, enrolling in Old Bawn Community School and taking to the pitch with Davis’.

This week, Zak said he felt proud picking up the Tallaght Person of the Year award not only for himself, but on behalf of all those who do great work at the Kiltipper Road club.

Commenting on the overall atmosphere of the awards night, he added: “It was great to see so many people doing so much good in their area and getting the recognition.

“It was also great to see so many young people getting out there and doing more volunteering work.

“I’d hope that [during my time as Tallaght Person of the Year] I can encourage more young people to get involved.” 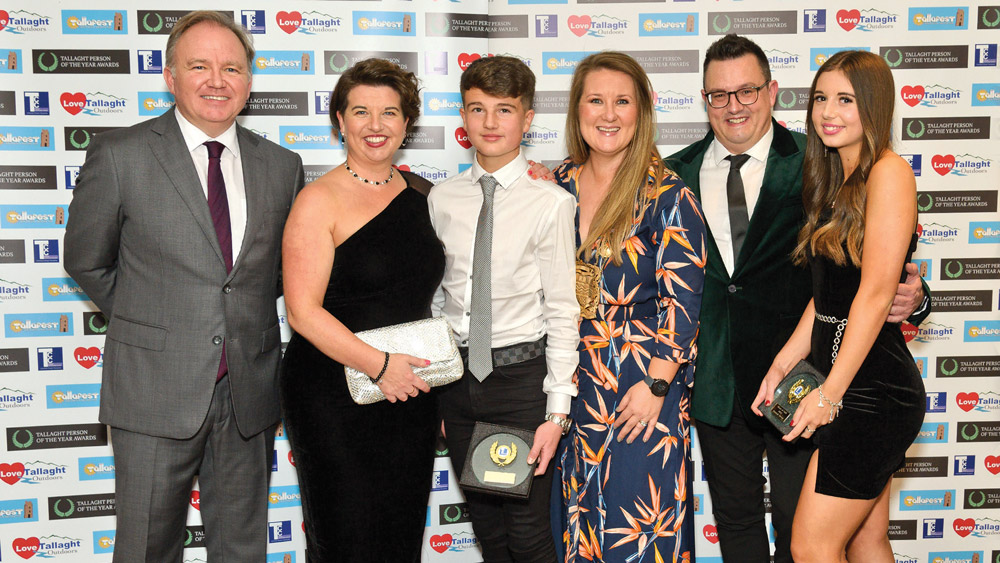 When asked what his focus is for the 12 months ahead, Zak, who played hurling for Leitrim, scoring the winning point in the Lory Meagher Cup, said: “One of the main things would be more funding for sports clubs… especially clubs in disadvantaged areas.

“Funding is very important to keep kids playing sport and for improved facilities.

“I’d like to encourage more young people to play sport and get involved.”

Last Saturday marked the 39th year of the Tallaght Person of the Year awards, which are organised by Tallaght Community Council (TCC).

In a comment to The Echo, Liz Kennedy, TCC Chair, said: “Everybody nominated is a hero.

“They’re somebody who looks at their community and says, ‘I need to do something to make my community better’.

“[This year’s awards] showed that we still have real active community ownership in Tallaght.” 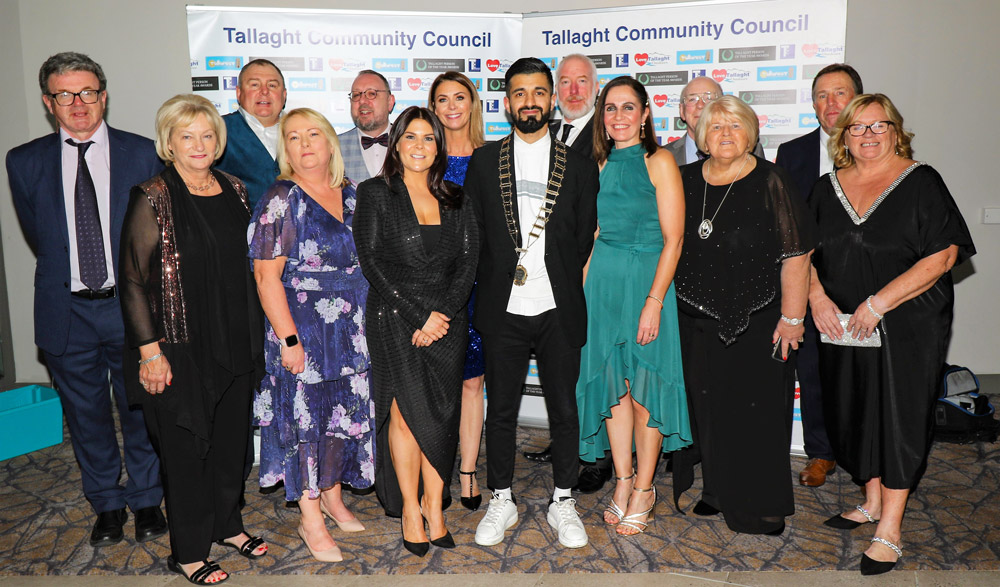 Tallaght Person of the Year 2022, Zak Moradi with the TCC committee

Ms Kennedy added: “The night was a real celebration, positive and engaging.

“It was fantastic to be back in a room full to capacity with such an upbeat event.”

Alongside the community members in attendance, local bands The Walkeleles and Rufus added to the evening’s sense of celebration, alongside MC Rob Murphy, writer of the Civic Theatre Panto.

A special thanks was also extended to the Maldron Hotel Tallaght and its efficient staffing team and South Dublin County Mayor, Emma Murphy.

Speaking with The Echo after the event, Mayor Murphy said: “It was brilliant to see Tallaght Person of the Year back in-person.

“It was a really special night, a real celebration of Tallaght, and showed a great diversity of new community groups and businesses.” 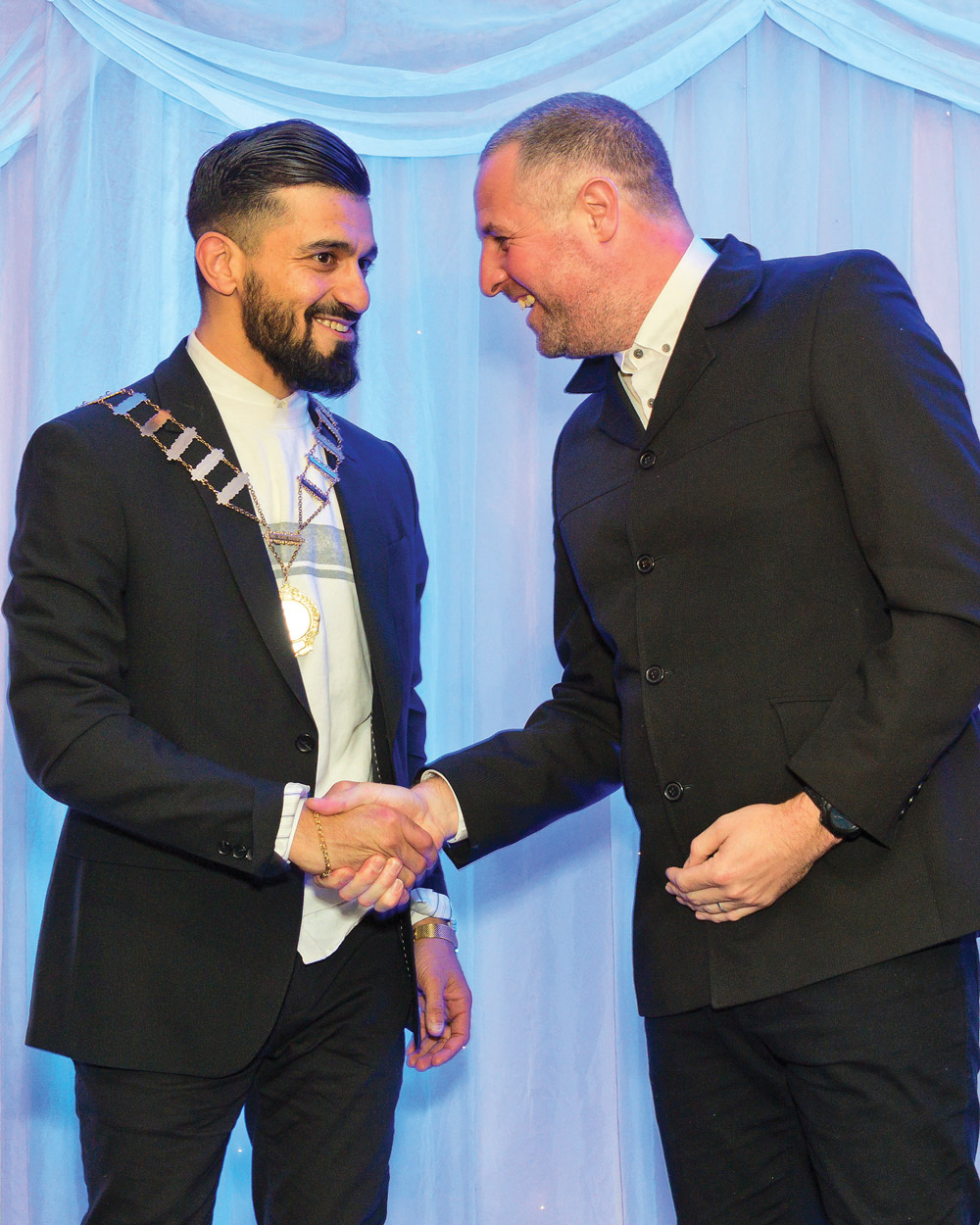 Mayor Murphy also believes that Zak as the new Tallaght Person of the Year will be “brilliant for young people, sport and mental health”.

“I think Zak will do a phenomenal job,” she said.

As Zak’s term as Tallaght Person of the Year begins, Tara De Builtlear, TCC PRO, said: “Zak’s story is one of resilience and appreciation, and he’s a strong advocate for the welcome he got in Ireland, Tallaght and sport.

“His story is a positive example of how diverse and inclusive Tallaght is… and I definitely think he will be a great ambassador for young people.”

Pick up this week’s Echo, in local shops now, for a four page picture special of the event.

NEWER POSTNature on our doorsteps: Silverfish in the house
OLDER POSTThree men charged with violent disorder and assault on gardai