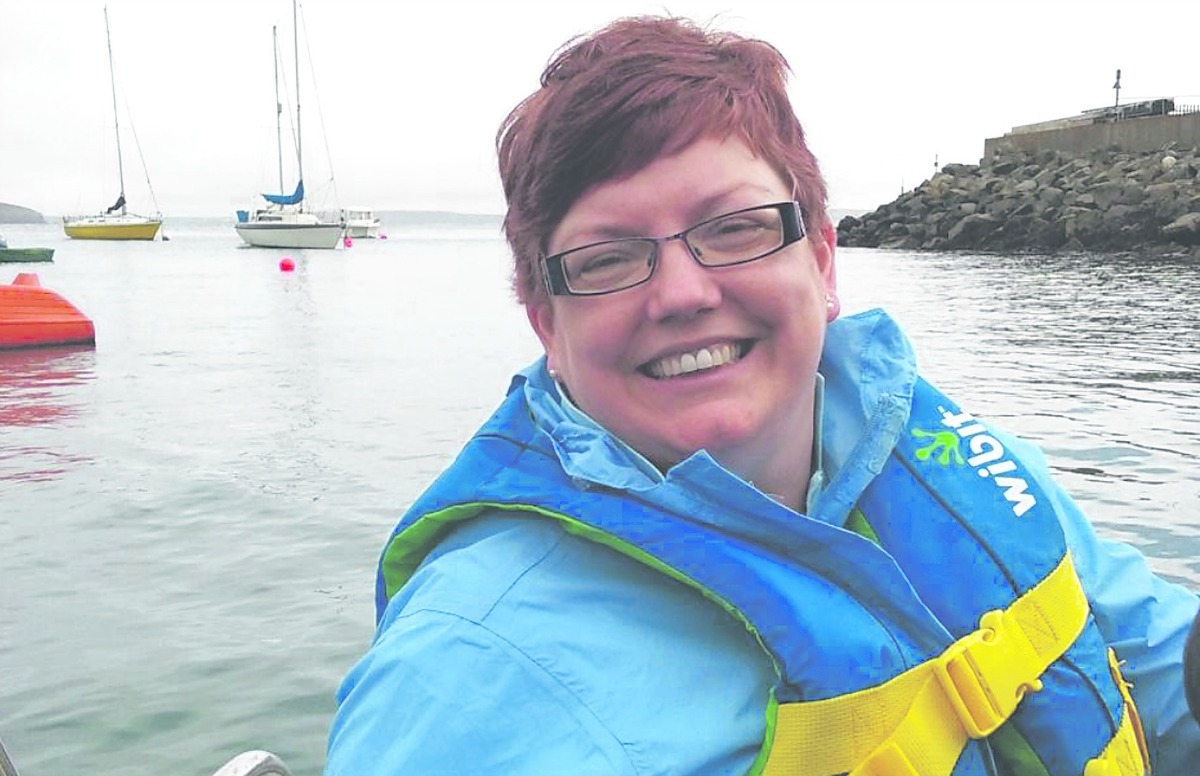 WORKING in the Dublin South office of DeafHear in Tallaght, Julianne Gillen is a mother-of-two who is actively engaged in the campaign to have Irish Sign Language (ISL) recognised by the Government.

Used by more than 5,000 Irish Deaf people daily, ISL is a full language and, when members of the Deaf community’s families, friends and colleagues use it, it adds up to more than 40,000 people using it everyday.

Despite this, and the use of the language in Ireland for centuries, ISL is still not recognised as an official language by the Irish government.
Julianne took some time out this week to discuss the campaign with The Echo.

Have you been deaf since birth?

I became profoundly deaf at the age of 2-and-a-half years as a result of meningitis and got my first hearing aids at three. I had speech before I became deaf and attended mainstream school but really struggled following the teachers, I barely passed my exams. I was 17 years old I met a few deaf people who introduced me to the Deaf community and Irish Sign Language (ISL)… it was an eye opener!

How did ISL help you?

I applied to do my degree as a mature student in DCU in my thirties with the help of an ISL Interpreter and achieved straight As/Bs in all of my coursework and assignments – first time ever in my life! That’s when it hit me. I could have achieved so much more, earlier in my life, had I been exposed to ISL as a child.

Is there any challenges that you as a member of the Deaf community face on a daily basis?

Lack of awareness and understanding. It’s a constant struggle to get access to services and assistive technology equipment. For example, people can buy a standard smoke alarm, carbon monoxide alarm, or a doorbell for €10 to €20 a piece but deaf and hard of hearing people need a more sophisticated system that costs between €500 to €1,500 to purchase – some of which needs be installed by a electrician. I also constantly get asked to ‘call this number…’ by companies and when I explain that I’m deaf and need an SMS or email access some companies do not have these options for me.

Another challenge faced is when things like general elections or referendums are happening; the Deaf and Hard of Hearing community are always last to get information, and only after our advocates lobby for it! If I go to court – access can be at the whim of the Judge: they can dictate that my case must proceed regardless if an ISL interpreter is present for me or not.

Are you restricted in what you do because of these challenges?

Hearing people can go to the cinema, theatre, a public meeting at any time or any day they like – I cannot. I can only attend whenever the cinema or theatre chooses to offer ISL access. Also, everyone is raving about the new Gogglebox Ireland programme on TV3, but the programme is not subtitled so I miss out on all the craic. Feels like I’m a second class citizen, very frustrating.

Do you see yourself as being different to people who are not deaf?

I don’t usually consider myself as being different to anyone until I encounter barriers. I work as a deaf advocate and I’m constantly lifting, campaigning and pushing at those barriers. I know that Deaf people can do anything but hear, and if we have full ISL access we are equal.

Do you think people look at members of the Deaf community differently?

Some people view deafness as something that should be ‘fixed’. I have a Cochlear Implant since 2009 but I am still deaf. I can manage really well one-to-one but in a group setting I still need an ISL interpreter. I often see media reports hailing Cochlear Implants as a “miracle cure”, which can be a tad misleading. It is a superior and amazing piece of technology, and I love it! But I know that it can never put me on par with my hearing peers.

Tell us a little bit about the campaign to get ISL recognised?

I represent DeafHear on the ISL Recognition Campaign committee; we are constantly pushing for official recognition of ISL as an official language status in Ireland. ISL has official status and recognition in Northern Ireland but not in the Republic, we have been promised recognition by successive governments for the past 15 to 20 years to no avail. The current Government actually needs to officially recognise ISL before it can ratify the ‘UN Convention on the Rights of People with Disabilities, and they have stated several times that they will officially ratify it – so we may get some form of symbolic recognition yet.

Why is this recognition important?

It is important that ISL – the indigenous language of the Irish Deaf community – gets official status to enable Deaf people full participation in, and access to, society, education, justice and health. Research since 1960 has shown that sign languages are full languages with its own complex linguistic structure, rules and features.

What difference would this make to you in your life?

It would enable me as an Irish citizen to have the same equal rights as my hearing peers. It would mean less barriers to access, less frustrations and more awareness and support for ISL access too.

You work in DeafHear, what does the organisation do?

Thousands of primary school children learned ISL as part of Sign Language Awareness Week in September, which was organised by Deaf Hear and the Irish Deaf Society.

I am a big believer that the groundwork for future society is set at childhood. Children are like sponges – they adapt and absorb new information rapidly. What children learn is often carried with them into their future: today’s children are tomorrow’s leaders and decision makers.

What do you like to get up to when you’re not working in DeafHear?

I am married with two children, an 18 year old and an 11 year old; they all keep me on my toes! I am an active member of the Dublin Deaf Community – there’s always something on in the Deaf Village (Cabra) every week like a drama show, a card game, fundraiser, information meeting or just meeting friends for a coffee and chat.

For more on DeafHear, which has its Dublin South HQ in Belgard Square North, visit www.DeafHear.ie