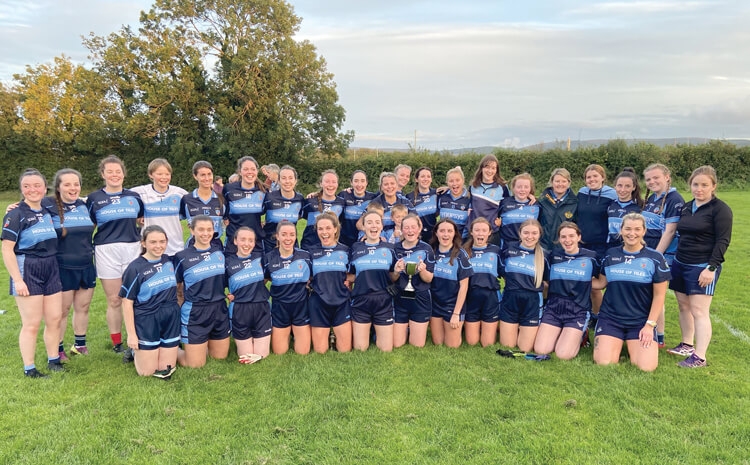 ST JUDE’S ladies raised the Junior H Championship title in Tymon Park last week after they weathered a fierce challenge by an Erin Go Bragh outfit that was back in this very final for the second successive season having lost out to St Brendan’s at their first attempt.

Both sides were neck and neck for much of the opening half with only Ciara Tyrrell’s goal separating them at the halftime break after she had found the bottom corner of the Erin net.

Sarah Nolan and Sophie Barrett both struck over for Jude’s, but Aoife O’Sullivan and Niamh Maher responded in kind for the visitors who really hit the ground running after the halftime recess.

Indeed two tremendous goals by Aimee Geraghty together with points from O’Sullivan who finished up with 0-5 on the day, edged Erin into a four point advantage.

But that was to be as good as it would get for the visitors who were, soon after, reduced to 14 players and Jude’s duly capitalised with a strong finish that featured fine goals from Tyrrell and Barrett along with well taken points by Aoise Downer.

Goalkeeper Emma Byrne also played her part in this victory with two fine stops in the opening half while Abi Nugent, Sarah Maher and Julie Fallon were solid in defence and Aisling Darcy turned in a brilliant shift at midfield.

“Many people don’t think it’s very competitive at Junior H, but it is, and our players really put in a determined effort” he added.