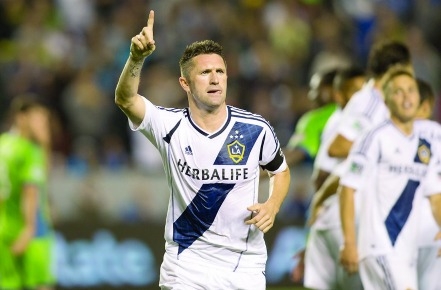 REPUBLIC of Ireland senior international team captain Robbie Keane has spoken of his pride at completing his UEFA A Licence via the Football Association of Ireland’s Coach Education programme.

Keane completed the required course work and coaching hours over the past three years under the guidance of the FAI Coach Education tutors including Jason Donohue.

The FAI facilitated a combined UEFA A & B licence programme for a number of current and former internationals and Keane completed the required workload before passing his assessment prior to Christmas.

“It has been a long process with a lot of hours put in and I’m delighted to have completed the programme,” said the Ireland captain.

“There was a lot more to it than just being out on the pitch coaching players and I’ve had to take on board an enormous amount of information. Aspects such as analysis, theory, periodisation, preparation for sessions and various other assignments were testing but over the period of time I’ve been involved in it things came together.

“Ever since Greig Paterson met with the Senior International squad about the idea, and I discussed getting my qualifications, it was with a view to ensuring I did the work required to coach at the highest level when the time comes and I’m delighted I was afforded the opportunity to do that at home in Ireland.

“I’d like to particularly thank Jason Donohue for the work he put in to tutor me on the course.”

FAI Coach Education Manager Greig Paterson praised Keane for the dedication he gave to fulfilling the demands required to attain the UEFA A licence.

“Obviously with his career still taking up most of his time – not to mention the fact that Robbie lives in Los Angeles for most of the year – there were only certain windows available for Robbie to come over and put in the hours necessary to meet UEFA’s requirements,” said Paterson.

“Right from the start he committed himself fully to doing what was required and embraced the whole learning experience in order to attain the necessary competencies of what was a very demanding curriculum. It’s very pleasing to see that work has paid off and he has completed the course fully.

“His playing career speaks for itself but he would be the first one to tell you how he has learned and developed as a coach since taking the first steps, and also how we pushed him out of his comfort zone at times. I’d like to thank our tutors for their work, and also the students and players from IT Carlow and the FAI ETB Courses who participated in the sessions on Robbie’s behalf. Thanks should also be extended to the FAI for allowing us to deliver such a bespoke course, and UEFA’s Education Department who kept a close on eye on proceedings given the uniqueness of the course itself.

“We have some other senior international players who’ve come through a similar process as Robbie and we look forward to them completing their qualifications with the FAI Coach Education department in due course. In fact, both Keith Andrews and Andy Keogh did a parallel course from Robbie and have also completed in full. I look forward to watching how their coaching careers progress”.