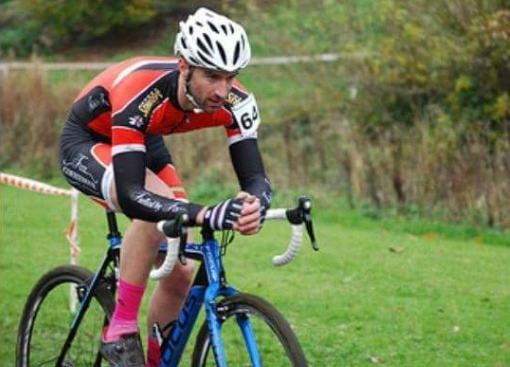 O’Reilly gears up for National Cyclocross

PAUL O’Reilly appears to be on a sound footing ahead of this weekend’s National Cyclocross Championships in Tolly-more Forest, Co Down.

The Tallaght man has recently made a return to the Irish cyclocross circuit from road racing, scoring two impressive wins in the lead-up to the Nationals.

Indeed he took a major scalp on his way to victory in the DCCX Cyclocross Race in Kilruddery, Co Wicklow, beating former Olympian and 18-time Irish Cyclo-Cross Champion Robin Seymour.

More recently he chalked up another victory in the Pi Cyclocross 2 contest in Castletownroche, Co Cork with a dominant performance that saw him beat a strong field that included David Conroy and Anthony Doyle who finished second and third respectively.

Now competing under the UCD banner having made the move from Fixx Rouleurs, O’Reilly return-ed to cycling after a four- year spell out of the sport.

Prior to that break he was a highly-rated mountain-biker and cyclocross rider, winning the National Junior title back in 2008.

He returned to competitive racing in 2013, taking up road racing and earning promotion from A4 right the way through to the A1 ranks between 2013 and 2014.

But with the arrival of a new baby in recent months, the Kilnamanagh man opted to swap the more time-consuming training for road racing for the shorter, more intense training for cyclocross over the winter months.

And he hopes all his preparation will come to fruition this weekend when he heads north for the Nationals.

“The form is certainly there so I’ve just got to take it back a little so that I’m fresh for the championships” O’Reilly told The Echo.

Later in the year he will turn his attention back to the road, hoping to contest the Rás Tailteann with his UCD team.

While it will be his first time lining out as a rider in the Rás, O’Reilly is well acquainted with the competition having taking part in the event in the role of team mechanic.