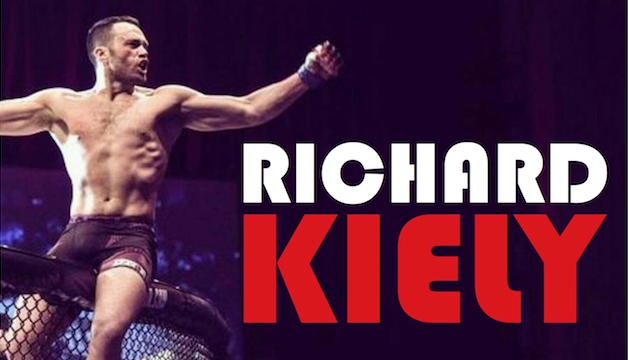 Kiely confident of taking the next step

TALLAGHT MMA fighter Richie Kiely is adamant he possesses all the tools necessary to comfortably beat Daniel Olejniczak on next Friday’s BAMMA 30 bill in the 3 Arena.

Kiely insists he will not be relying solely on his acclaimed kickboxing skills to defeat his Polish welterweight rival when they lock horns.

He served up a stunning TKO against Keith McCabe in his MMA pro debut on the Bellator and BAMMA co-event in Dublin back in December, and he intends to do the same to Olejniczak.

“I’m not underestimating him [Olejniczak]” said Kiely. “He’s tough and strong, but there’ll be nothing he can do if I fight to my standard.

“He’s not going to stand there and engage with me. He’s going to try and put me up against the cage and take me down.

“I don’t mind if it goes that way. People have tried to pigeon-hole me as just a kickboxer because that’s where I’ve come from, but I’m an MMA fighter now and I’m very strong in other areas.

“Yes kickboxing is my bread and butter and there’s no better competitor to stand up and exchange than me. Nobody has a style like mine because it’s very difficult to replicate.

“There’s nothing that wee Daniel can present that will trouble me.

“My coach John Kavanagh would not put me in there if he thought that all I had was kickboxing. He has his reputation to keep as much as anything else so it’s up to me to go and show what I’m all about.

“Keith McCabe is a high-level competitor, but my skill-set just outshone his and that’s what’s going to happen again on Friday” he told The Echo.

Certainly Kiely is confident in the preparation he has made for this fight, praising the quality of the team around him and the opposition he has faced in training.

“I don’t want to come across as arrogant, but I didn’t learn much from that fight [against McCabe]. I knew exactly what way it was going to go and I know what way this will go too.

“In training I get put in extremely uncomfortable situations by top level guys. That’s where I do my learning, not against the likes of McCabe.

“The support that I’ve had in Tallaght has just been incredible and there’s going to be a huge amount of people supporting me there at the fight. Can the last person please close the gate” he laughed.