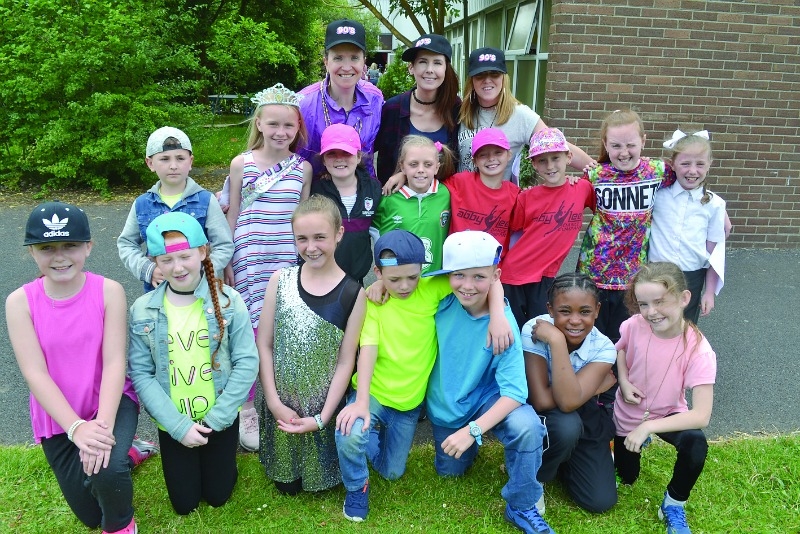 KILLINARDEN Parish and Sacred Heart Senior National School marked their 40-year anniversary last month with a special mass and performances for past and present members of the parish community.

The parish, which was founded in 1977, initially catered to a small group of parishioners who had moved to Killinarden from areas of the inner city to raise their families.

Sacred Heart Senior National School also opened in 1977 and was the first school in Killinarden, which had less than 20 pupils when it first opened.

“It has expanded,” Fr Manus Ferry, parish priest for Killinarden Parish, told The Echo when talking about the changes in the area over the past 40 years.

“There are now five schools in the parish, and the area has grown, particularly over the last 20 years.”

Fr Ferry added that masses for the parish were originally held in a prefab, before the permanent Church of the Sacred Heart was built in 1989.

The parish priest also said that for the first 20 years of the parish’s existence there were between four and five priests tending to the parish as it was so busy.

Sacred Heart SNS has also grown over the years, and now has more than 200 pupils.

To mark the school’s 40-year anniversary each class in the school took a different decade from the past 40 years to base a performance and a project on.

“Over the last month or so each grade studied their chosen decade, looking at things like events, music and famous people from that decade,” explained Robert O’Leary, principal of Sacred Heart SNS.

“4th Class did the 90s, so the group wore Ireland jerseys and sang ‘Ole, Ole’. It was a wonderful trip down memory lane.”

The pupils performed to an audience of parents, past pupils and past staff of the school, including the school’s first principal, Michael Francis.

“It was a spectacle, and a fitting tribute to 40 years of the school, as it was all about the children,” added Mr O’Leary.

A number of past members of the parish community, including the sisters from the Daughters of Charity and the area’s first parish priest, Fr Colm Gallagher, attended the parish’s celebratory mass last month.

Looking to the future of the parish, Fr Ferry said: “We’re looking to the young people in our parish as the future, and we’re going to continue reaching out to people and helping them.”