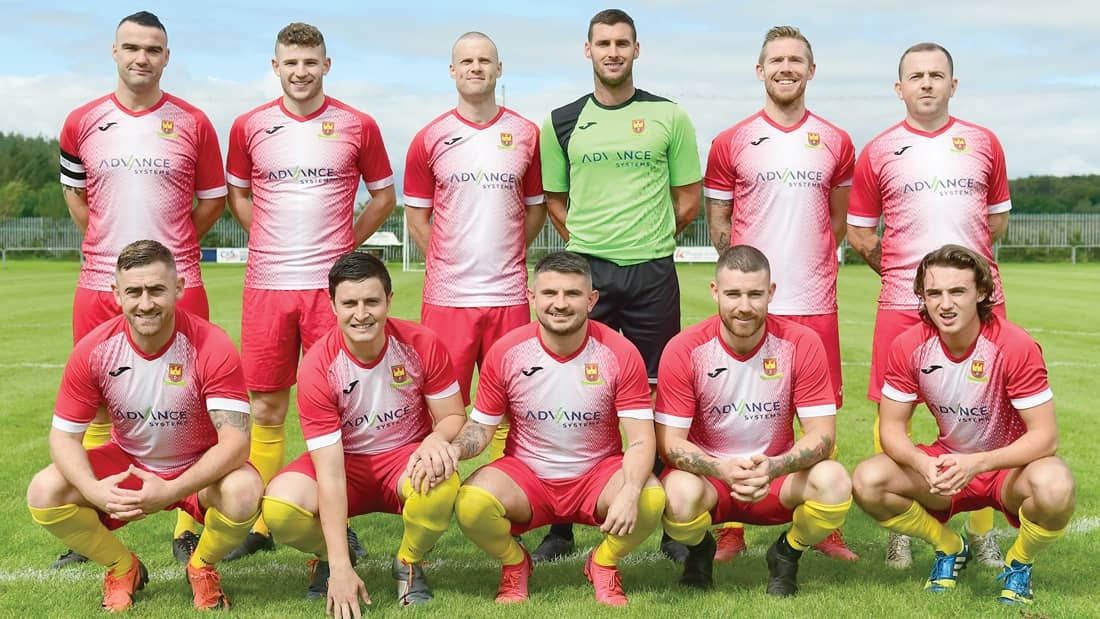 Kilnamanagh secure jump to top flight in the LSL

KILNAMANAGH can look forward to playing in the top ranks of the Leinster Senior League next season after they secured their third straight promotion following a 4-1 triumph over Tullamore Town away on Sunday.

With Lucan United having lost out 2-1 to UCD earlier that day, the Tallaght men knew they required only a point against their Offaly rivals, but they were taking no chances.

Indeed Keith Foy’s men had raced 3-0 in front by the halftime break, all of their goals coming from headers.

Anto Hanaphy accounted for their opener some 10 minutes in when he nodded home Gary McCabe’s corner kick before Luke Halpin doubled their advantage after he got his head to a delivery in from Stephen Kinch.

Hanaphy turned provider for their third which was executed by Gavin Kavanagh seven minutes before the break.

Tullamore did pull one back in the second period, but the Tallaght side re-established their three-goal cushion thanks to another Kavanagh header, McCabe again supplying the delivery.

The victory sees them finish second to Sacred Heart in the Senior One title race, yet the big prize for Foy and his team is promotion.

“We always thought it was going to be a big step-up this season and it was” Foy told The Echo.

“We had to improve the team in certain areas and we brought in some players.

“Because we had good cup runs, getting to the quarter finals of the Intermediate Cup and Charlie Cahill Cup, we were trying to catch-up in the league for much of this season.

“But after coming back from lockdown we won eight of the ten games that we played so far, losing only to [champions] Sacred Heart and drawing 2-2 with UCD.

“We’re looking forward to the new season. I think we’ll have to bring in a couple of players, but if we can keep the core of the team we have there together and add a bit to that, I feel we could be up there challenging in the Senior Division” he insisted.