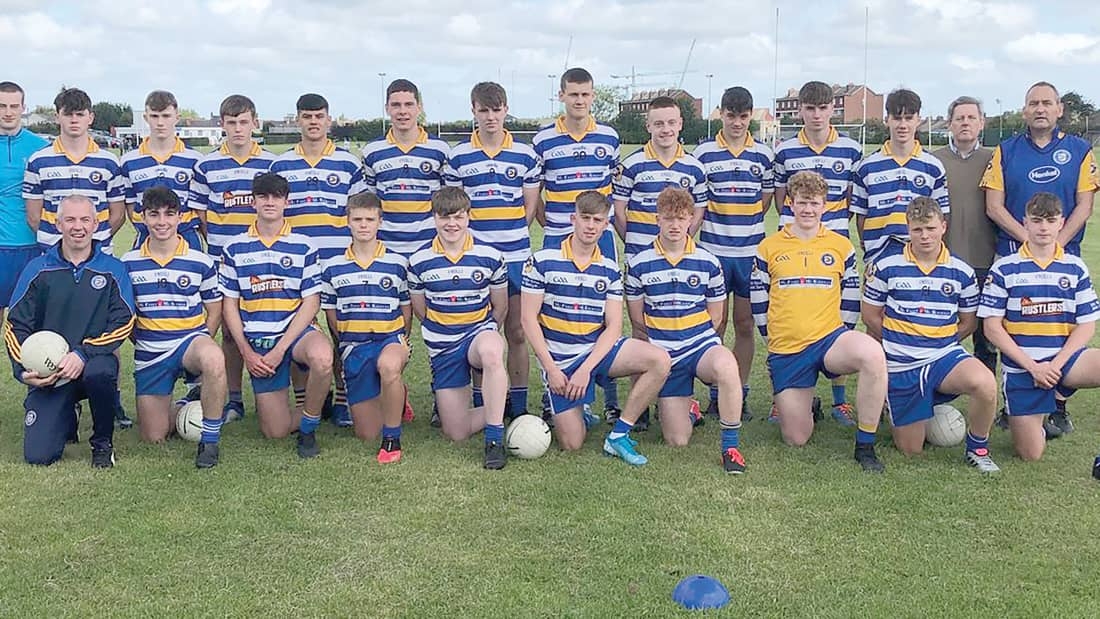 THIS year saw Templeogue Synge Street opt to field two Minor football teams for the very first time and it proved a wise move as both have now reached their respective championship finals.

A three-point victory over Naomh Olaf in Dolphin Park on Sunday saw the firsts book their place in the Minor B decider against Fingal Ravens while the seconds can look forward to a clash with St Sylvester’s in the Minor E Championship Final after they earned a 5-14 to 1-11 triumph away to Skerries Harps in the last four of the competition.

In the former match Scott McConnell and Fintan Dignam proved a real thorn in the side of the Olafs defence with the latter finding the back of the net and tagging on two points while McConnell fired over six times.

Among the other scorers for the Templeogue side were Rian Maher, Jack Grimes, goalkeeper Max Fitzgerald, Sean Cooney, Conor Curran and Henry Horne.

Defenders Conal Cunningham and Daragh Donovan along with substitute Andrew Cotter and midfielder Sean McCormack also turned in good shifts as Templeogue built on their narrow one-point lead at halftime.

Meanwhile it was goals galore for the Templeogue B team as they cruised to a 15-point victory in Skerries.

Matthew Henley, Peter McNamara and Oisin McMahon all starred for the winners, who like the A team, will be playing their final on September 20.

Neighbours Faughs are another club benefiting from the huge influx of players here as many of them are hurling with the Templeogue side also.

This has led to Faughs also fielding two hurling teams at this level with the Minor Ds having reached their Championship final where they will face off against Cuala on Sunday.