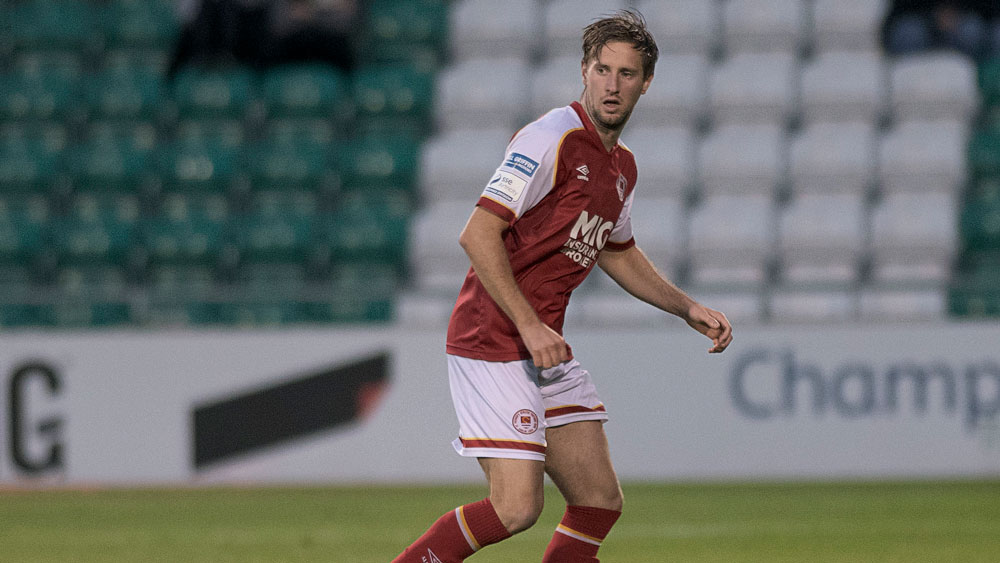 BILLY King struck a 26th-minute goal last night to give St Patrick’s Athletic their second win over Dundalk in the space of four days at Richmond Park.

In the same venue on Friday, Scottish winger King was on target as the Saints defeated the Lilywhites 3-1 at the penultimate phase of the FAI Cup.

While this SSE Airtricity League Premier Division clash was a much tighter affair, the former Glasgow Rangers attacker came up with the goods to give Pat’s all three points.

This victory ensures Shamrock Rovers’ coronation as back-to-back top-flight champions will be delayed until Friday at the very earliest.

With five games still to play in the campaign, Stephen O’Donnell’s side are 13 points behind the Hoops.

More significantly, they are 11 points ahead of fourth-place Derry City and within touching distance of a return to European football in 2022.

Given the short turnaround from the end of last week, it was inevitable that head coach O’Donnell and team manager Alan Mathews were going to make changes to their starting line-up.

In one of six alterations, club skipper and Ballyfermot native Ian Bermingham was kept in reserve with the fit-again Robbie Benson taking over the captain’s armband.

The hosts had to be alert during the early exchanges as reliable netminder Vitezslav Jaros turned away a free-kick from Darragh Leahy.

Yet Pat’s were also posing their own threat and eventually broke the deadlock.

After cutting inside from the right-wing, King unleashed a superb left-footed drive into the bottom corner of the net.

This was an ideal settler for the Saints, who eventually brought a 1-0 cushion into the interval.

Although clear-cut scoring opportunities were hard earned, King was close to doubling his tally 13 minutes after the restart.

Equally, a dangerous cross by Michael Duffy on the hour mark narrowly escaped the clutches of his Dundalk team-mate Daniel Kelly.

In a bid to close out the game, the Pat’s management introduced Nahum Melvin-Lambert, Darragh Burns, Paddy Barrett and Bermingham off the bench in the final-quarter.

There was a late scare when Leahy headed straight at Jaros from close-range, but it was a case of job done in the end for the Saints.