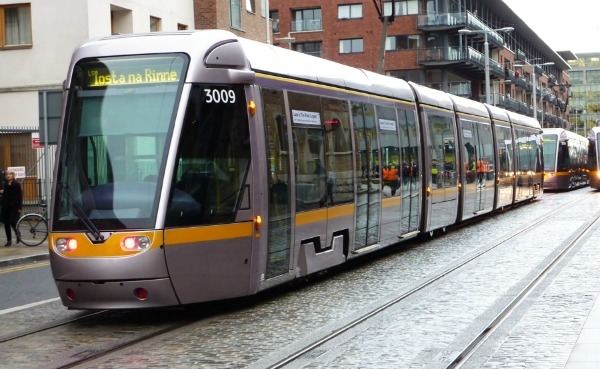 PLANS for the Luas-to-Lucan line look to be further down the track, after Minister for Transport Paschal Donohoe confirmed proposals have not been included in the government’s capital plan (2016-2021).

Fianna Fáil TD John Curran, received confirmation from Minister Donohoe through a parliamentary question this week, and blasts the delay as a “lack of vision”.

Deputy Curran said: “I cannot believe the government has not included Luas to Lucan in the capital plan. This means the planning process cannot recommence until at least 2021, and let’s not even talk about construction.”

“The Minister informed me there are plans to review the public transport requirements for the Lucan area and the N4 corridor, and that an east-west Luas to Lucan is envisaged. This is published in the Transport Strategy for the Greater Dublin Area (2016 to 2035) and dependent on funding.”

Proposals in the transport strategy include a range of measures to improve rail, bus, road and cycle infrastructures – with a Luas-to-Lucan line, providing a high capacity link into the city centre south of the N4.

“Does this mean it could be 20 years before the Luas gets to Lucan,” said Deputy Curran, who cited accidents and the M50 as a “huge factor in the cause of gridlock.”

He continued: “Without the provision of quality public transport like the Luas and Metro, traffic in Dublin is only going to worsen. While everyone recognises construction was unlikely in the short-term due to financial constraints, to not advance the planning process of this project, is the wrong decision and shows a worrying lack of vision for public transport.”