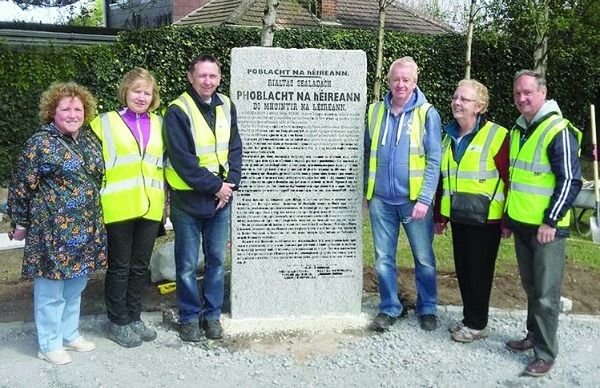 Unveiling the words of the Proclamation set in stone

THE words of the Proclamation were unveiled on large granite stones during the official opening of the 1916 Commemorative Garden at Newlands Cross last weekend.

During the year, Clondalkin Tidy Towns will also roll out 100 barrels for 100 years – 100 oak barrels full of flowers throughout Clondalkin Village.

This year, the group anticipates investing almost €50,000 on various projects throughout Clondalkin, some part-funded by South Dublin County Council.

New members are welcome to join the group for Tuesday night clean-ups, meeting in Tuthills car-park at 6.30pm, and on Saturday mornings meeting at Tuthills at 10am.