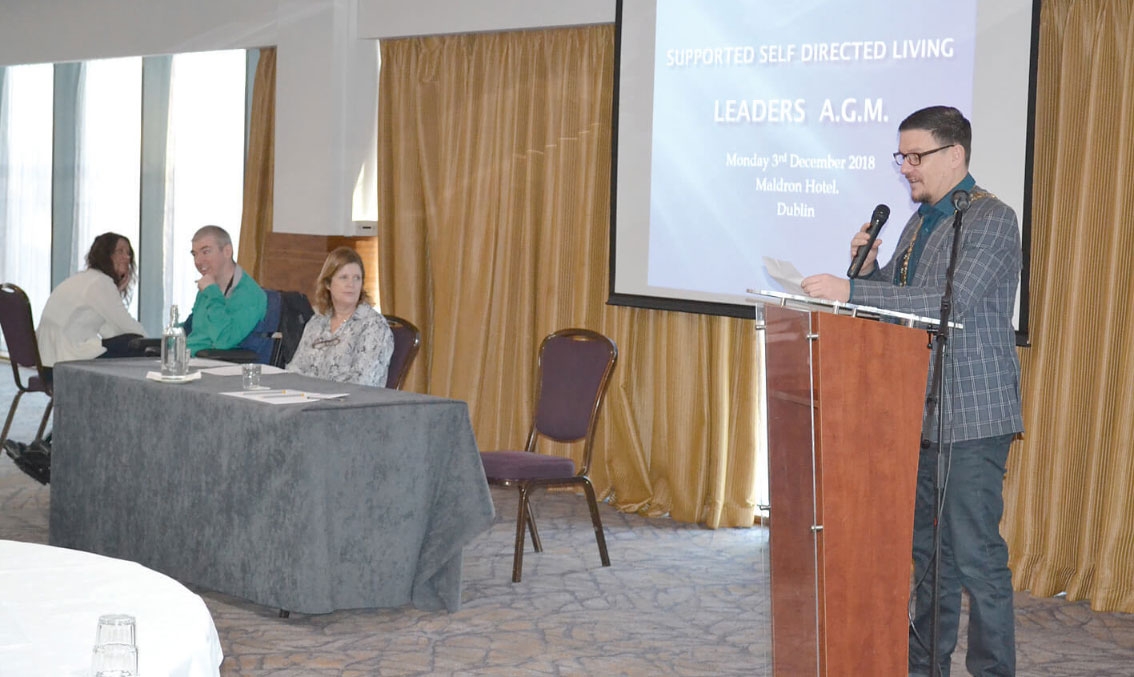 ‘Leaders’ speak about their new-found freedoms

PEOPLE with intellectual disabilities who have been helped to move into their own homes and gain independence, with the help of Cheeverstown, spoke at the Cheeverstown’s inaugural Leaders AGM about the impact of the charity’s Supported Self Directed Living (SSDL) programme.

The Cheeverstown service users who have taken part in the SSDL programme and have since moved into their own independent accommodation are given the title of ‘Leader’, and they become a part of Cheeverstown’s Leaders’ Group.

The service users who use the programme have chosen to move from either their family home, a group home or accommodation on the Cheeverstown Campus to a more independent style of living, with assistance from the charity.

So far, six people in total have moved out as part of the programme, with the first participant moving in 2014, and there are plans for 12 people to move out with the assistance of the programme over the next two years.

However, the participants all have to express their own desire to take part in the programme, and Cheeverstown will continue to offer campus accommodation to people who need it.

“Lots of them have accessed courses and work experience placements, and they all have a home of their own.

“They’re paying their own rent, they’re budgeting – they’re managing their money themselves.”

The success of the programme was reflected in the Leaders AGM that was held in the Maldron Hotel, Tallaght, on December 3, to coincide with the International Day of Persons with Disabilities.

The AGM was opened with an address by the Mayor of South Dublin County Council, Mark Ward, and the Leaders each took to the stage to give presentations about their experiences.

Ms O’Donnell added: “They all have a lived experience of disability, so the theme of the AGM was equality and inclusion.”

Five Leaders gave presentations on the day, where they shared their experiences of the SSDL programme, which involved them doing things like interviewing their own support staff, learning new skills and and taking on new roles in their lives, such as housemate, neighbour and employee.

The secretary of the Leaders’ Group, Emily Healy, who is employed in the Mayor’s office in SDCC, was unable to attend as she was presenting at the same time in Liberty Hall at Inclusion Ireland’s event on employment.

Ms Healy gave a presentation to over 160 people at the event, and said: “I really enjoyed this and would love to do it again.”

The leaders also shared their hopes for the future, with many of them expressing a desire to go on a holiday.

Hazel Percy, a pioneer of the Leaders’ Group, said: “I went to Bulgaria for my holidays . . . and next I hope to go to Lourdes with my mam, Bridget.”

The Leaders’ presentations were all well received by the audience, and they received a standing ovation at the conclusion of the AGM.