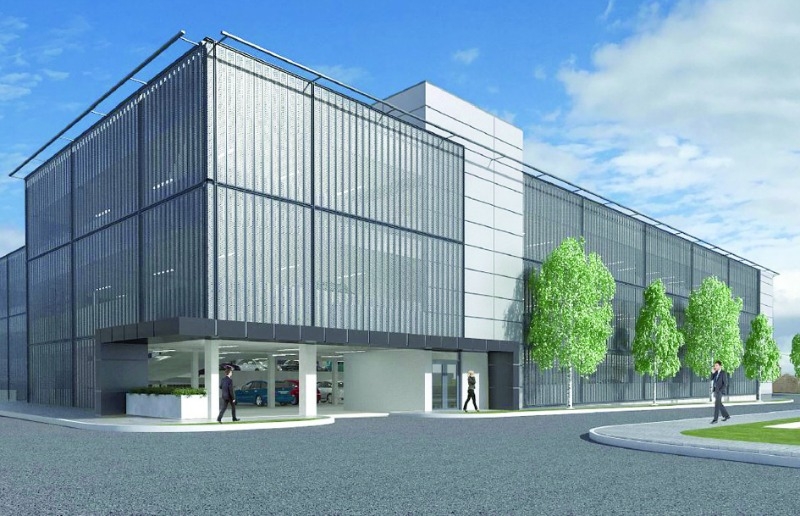 LIDL Ireland is about to lodge a planning application for a 285-space, multi-storey carpark behind its new concept store on Main Road, Tallaght, The Echo has learned.

The German discount supermarket chain is due to lodge a planning application for the significant development with South Dublin County Council in the coming weeks, after management met with Main Road residents last Friday to inform them of the proposal.

Lidl confirmed to The Echo that the development will consist of a four-storey car park on land directly behind the new store, which opened in December.

This land is currently being used by Lidl as an overflow carpark for more than 320 employees based at its Tallaght village base, with only 191 underground and street level car-parking spaces currently provided at the head office building for staff.

This lack of adequate parking for its employees coupled with the opening of five new retail units, where Lidl’s original Main Road store was once located, signals the need for additional parking on site.

Speaking with The Echo, a spokeswoman for Lidl said that plans for a four-storey, 285-space carpark will be lodged with South Dublin County Council in the coming weeks.

According to the spokeswoman, the ground level of the multi-story will be for customer use and provide an additional 66 spaces to the existing 146 spaces already provided at the store.

The remaining 219 spaces spread across the second, third and exposed fourth floor will be for Lidl staff and the people employed by the tenants in the new units – which is to include a coffee shop.

She said: “We have met with residents and showed them the plans and also gottheir opinions before we submit the planning application.

“One of the main issues for residents is the construction hours and we will include 8am to 6pm hours on Monday to Friday and 9am to 1pm on Saturdays into the application.”

She added: “The design of the carpark will complement the head office and new store and the same materials and colours will be used . . . it won’t just look like a concrete car park.”

Resident Jim O’Connor, who was shown the plans by Lidl, told The Echo: “The plans are quite good and they do need extra parking spaces.

“However, when we were at the meeting residents raised the issue of construction hours and that they need to be as they were with the new store – and that includes no work on Sundays and no bank holidays.

“However, as residents we accept that there may be occasions where they have to work outside of these hours and in those circumstances residents will be informed beforehand.”

At this pre-planning application stage, it is unknown what the reaction to the development will be from the wider community.

However, with reduced speed limits in Tallaght village, new light sequences, ramps and a growth in the numbers already accessing Lidl’s new store, through just one entrance/exit route, The Echo understands that there could be concerns over increased traffic and tailbacks on Main Road.