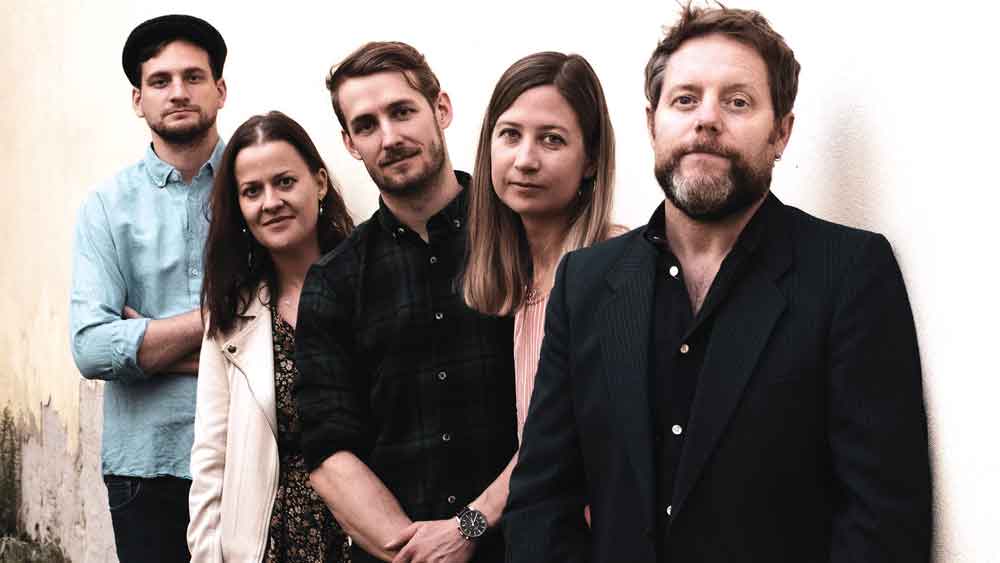 Life Q&A: Shane and The Host

TALLAGHT musician Shane Ó Fearghail has firmly set down roots in the Austrian capital, Vienna, over the last decade, but he skilfully creates music with Irish traditions at the forefront of his songs.

Over the years, Shane, who grew up in Balrothery, has explored the Celtic links between Ireland and Austria, but for his next project he’ll be delving into the links between Irish and Appalachian traditional music.

He brought his songs, some from his back catalogue and some from his Appalachian-inspired upcoming album to Dublin audiences at two shows last weekend.

It was to be the first performance in Ireland for Shane’s recently formed backing band, The Host, adding a new element to Shane’s usually stripped back solo performances.

Fresh from a six-week tour of Austria and Germany, Shane told The Echo about his new backing band, his unwavering passion for touring, and his plans for his new album.

You’ve formed a new backing band called The Host, how did this decision come about?

Some of the songs just play better live with a band.

I’ve had bands in the past, and I felt it was time to go back to it again. It was a matter of finding the right people and the right sound.

The genesis of the band started four years ago, but it took the last two years to get the right players in.

Did the band perform with you during your recent tour of Germany and Austria?

It was half and half. I did some solo shows and some with the band.

For me, touring solo is very much like a pilgrimage – you go out and delve deep into yourself, and you learn a lot about yourself and your songs when you’re on the road, but it’s quite a solitary existence.

With a band, you’ve got company and you’ve got a fuller sound when you’re playing.

It’s basically having your cake and eating it too. What do you enjoy about being a solo singer-songwriter and alternating that with having a backing band too?

It gives me the opportunity to write for different projects, and as a writer you’re never going to write the same songs, and now I have two outlets for the different aspects of what I do.

How was your recent tour of Germany and Austria?

It was brilliant. I was on the road for six weeks and I think I travelled 6,000kms.

I really enjoy being able to go on tour, live out of a suitcase for a few weeks and just play gigs. And touring generates its own energy, you get into a flow over the weeks.

But, honestly, the best thing about touring is the people.

It’s about being there and getting to share my culture with them, and I feel like I’m living the songs and living my craft. It brings me home.

Did you have any stand-out experiences or gigs when you were on tour?

Every gig is different, and I try to apply that rule to each gig so they’re not the same.

You always keep the songs fresh and let them do the talking, so every night becomes an adventure.

I love to sing and I love playing live. I think if I had to lump it all into one thing, then I’d say playing gigs is magic, it’s a cauldron-like experience.

When you’re back here you’ll also spend a bit of time in the AP recording studio in the Dublin Mountains, where you also recorded part of your last album ‘Born from Tradition’.

Why was it important for you to go back there?

It’s because the engineer in AP Studios, Antimo Puca, is great at what he does, but also the Dublin Mountains are quite special to me, it’s where I grew up.

All of these things…I think, for me, familiarity breeds contentment.

It’s like the vibrations will still be in the walls of the studio from the last time I was there. What plans do you have in the pipeline for after the Dublin shows?

I have a new album that’s already finished. It’s an Appalachian-Irish affair, and it’s me taking a step down and recognising the relationship between Irish and Appalachian music.

The plan is to take this project around Europe and the UK, and across the pond to America. I think we’ll be able to do it, because the album has an Irish/Americana feel.

When we do release the album, we’re not going to release it in a lump, we’ll release a single every month.