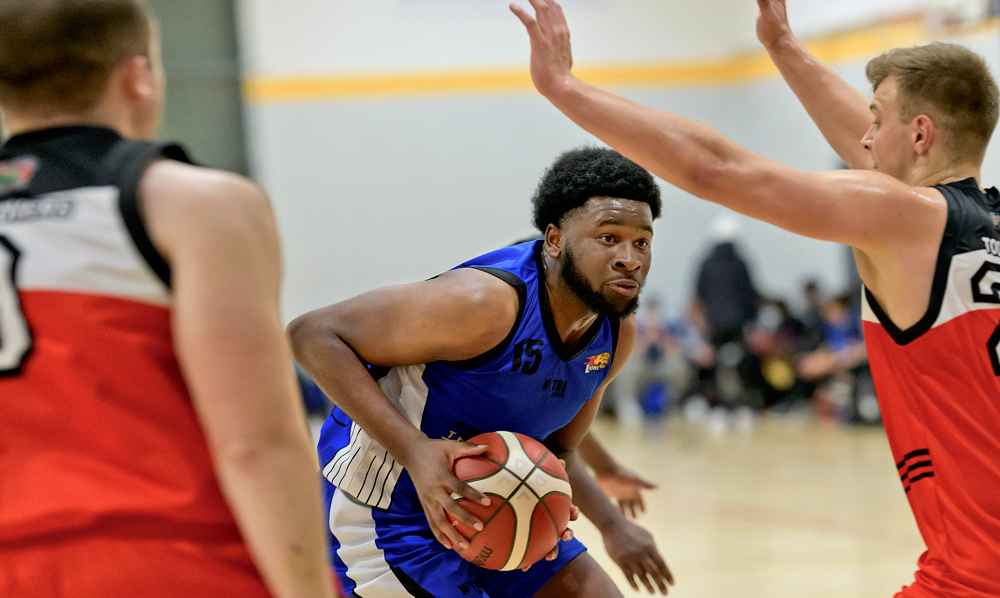 Lions fall just short in Division One, but success for Templeogue and Éanna in Super League

Despite forging a strong second half fightback, Dublin Lions suffered a 74-71 defeat to McGowan’s Tolka Rovers in the Division One of the Men’s Basketball League at Colaiste Bride last night.

After getting the better of Galway’s Titans BC last weekend, Erin Bracken’s Clondalkin-based outfit were hoping to extend their winning run on home soil. However, the Lions found themselves nine points adrift (45-36) at the midway stage against their cross-city rivals.

This left them with ground to cover on the restart, but with Liam Osinuga and Finn Hughes in excellent form, they battled to the bitter end. The influential duo emerged with a combined tally of 45 points, while Kevin Anyanwu also chipped in with eight points over the course of the contest.

Although Michael Bonaparte’s 29-point haul ensured it was Rovers who came away with the spoils, there were a number of positives for Bracken and her squad to take from the game.

In the Men’s Super League, it proved to be a successful night at the office for both Griffith College Templeogue and DBS Éanna.

At De La Salle College, Templeogue continued their unbeaten start to the campaign with an 84-72 triumph at the expense of Belfast Star.

Despite now being retired from international basketball, Jason Killeen remains a potent force on the domestic scene. He produced an all-action display in a tricky away assignment for Mark Keenan’s charges and ultimately contributed a personal tally of 15 points.

He was ably-assisted in the northern venue by Lorcan Murphy and Kris Arcilla, who came away with respective final hauls of 20 points and 18 points.

Éanna were eager to bounce back from their recent reversal to local rivals Templeogue when they welcomed Bright DCU Saints to Ballyroan. Leading 54-32 at the break, Darren McGovern’s side eventually sauntered to a 101-68 win.

Stefan Zecevic was the scorer-in-chief for the southsiders, registering an impressive haul of 34 points. Devin Gilmore (15) and Romonn Nelson (13) also shone as Éanna sent out a statement of intent.

It was also a profitable evening for the Griffith College Templeogue women’s side, who recorded a convincing 72-44 win over LYIT Donegal in a Division One clash at Nord Anglia International School.

Jay-Leah Ellis amassed 16 points for the victors in the Leopardstown arena, while Lynn Tunnah and Lauren Darcy recorded 10 points apiece.