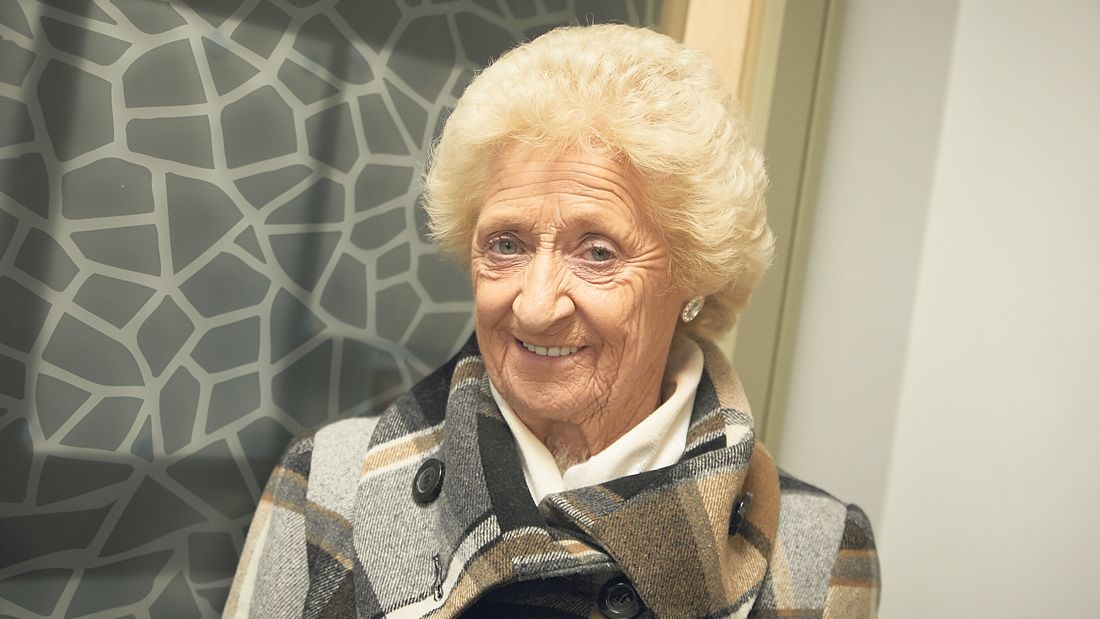 WHEN Breda Walsh was a child she hiked on sunny days from Drimnagh to Tallaght to climb the Hell Fire Club or visit Masseys.

Little did a young Breda know that she would eventually settle in Tallaght, and get to look at the Hell Fire Club every day from the back bedroom window of her Bawnville home.

“I used to hike to Tallaght as a kid”, Breda told The Echo.

“We’d climb up to the Hell Fire Club and Masseys, there was no roads or paths then, and we’d spend the whole day out there.

“From the Half Way House to Tallaght was just fields, farms.

“It was amazing when you got to Tallaght, you were out in the middle of no-where.

“I can’t believe how quickly it was built up.”

Breda has been living in Tallaght for 50 years now and has two children, Raymond and Bernice, with late husband Michael – and four beautiful grandchildren, Lee, Shannon, Taylor and Zoe.

Since coming to Tallaght, Breda, who grew up off the Drimnagh Road, near the Half Way House, has volunteered across many different aspects of local life.

If that’s not enough to keep Breda busy, four years ago while visiting her local Credit Union in Tallaght Village, she spotted a sign looking for volunteers.

“I saw they were looking for volunteers so, I put my name down and four years later I’m Chairperson and a director [of Tallaght and District Credit Union]”, Breda said.

Tallaght and District Credit Union celebrated 50 years in 2019, with Breda a member since the early days.

“The Credit Union does help the community and is always there to help if in difficulty”, Breda said.

“Especially now, the Credit Union is there to listen to members and help them as much as we can with loans, reduced payments etc.

“If in difficulty get in touch straight away, we’re here to listen.”

According to Breda, different restrictions have been introduced in recent years following the regulation of Credit Unions by the Central Bank.

However, she stressed that the Credit Union is still owned by its members and encouraged any member in difficulty to get in touch.

The Tallaght and District Credit Union, which is located on Main Street in the village, remained open during the Covid-19 lockdown.

While there was reduced working hours and the movement of services online, the Credit Union remained in operation and at the early stages of lock down introduced safety measures.

Perspex screens, hand sanitisers and social distancing guides were among the measures introduced early-on at the Tallaght Village branch, which has everything in place to welcome customers back.

The Tallaght and District Credit Union currently has 11 staff members and around 10 volunteers.

“The Credit Union is growing all of the time… and we’re always looking for volunteers”, Breda said.

“A tremendous amount of work is done behind the scenes by volunteers.”

As Ireland looks towards Phase 3 of its re-opening Roadmap, Breda is slowly getting back out and about after three months of communicating by phone and online.

“It’s just not the same as sitting with somebody over a cup of tea”, Breda said.

“I like to be busy and meet people, so I found lockdown difficult but I am slowly starting to get out and about again.”

Eager to get back out into the community, Breda said: “Tallaght is a great community, you see people pulling together all of the time.

“I think when you volunteer in the community you really get to see all of the goodness in people.

“There’s a lot of people behind the scenes, volunteering for no credit, no recognition.

“There is help out there in the community for every aspect of life.

“People who find themselves in dire straits, there is always someone out there in the community to help them.”

“It’s a great place to live, a great community, and I wouldn’t want to live anywhere else.”