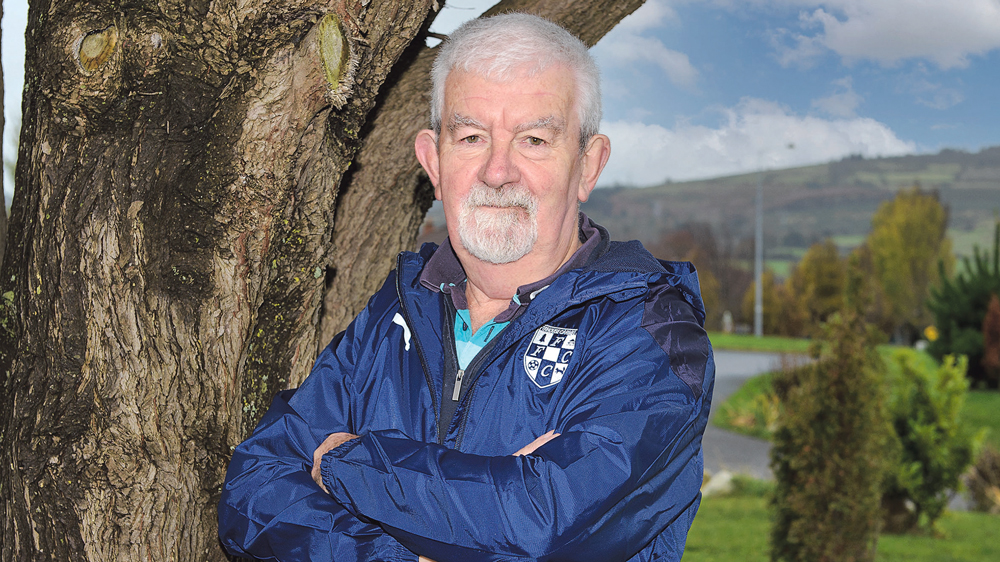 OFTEN spotted marking the pitches around Firhouse, Denis Kiely has volunteered with Firhouse Carmel Football Club for over 38 years, having seen the club grow and expand over the decades and now caters for over 300 schoolboys and girls from the local area in a total of 22 teams.

Growing up in Walkinstown, Denis attended Drimnagh Castle secondary school and went on to work for Roadstone before moving to the suburb of Firhouse during the large-scale housing developments in the late 1970’s and 1980’s.

“I moved into Woodlawn Park first, they would have been the first or second houses in the area at the time,” said Denis. “Obviously then it expanded on to Carriglea and Killakee – they used to call it Tymon Heights before it was called Killakee.

“There was a little shop as you come up the Ballycullen Road – there was a windy road [that led to] a house with a shop built on and she was the sole supplier of shops in the total area at the time.”

Denis became involved in Firhouse Carmel F.C when his oldest son, who is now in his early forties, wanted to play football. 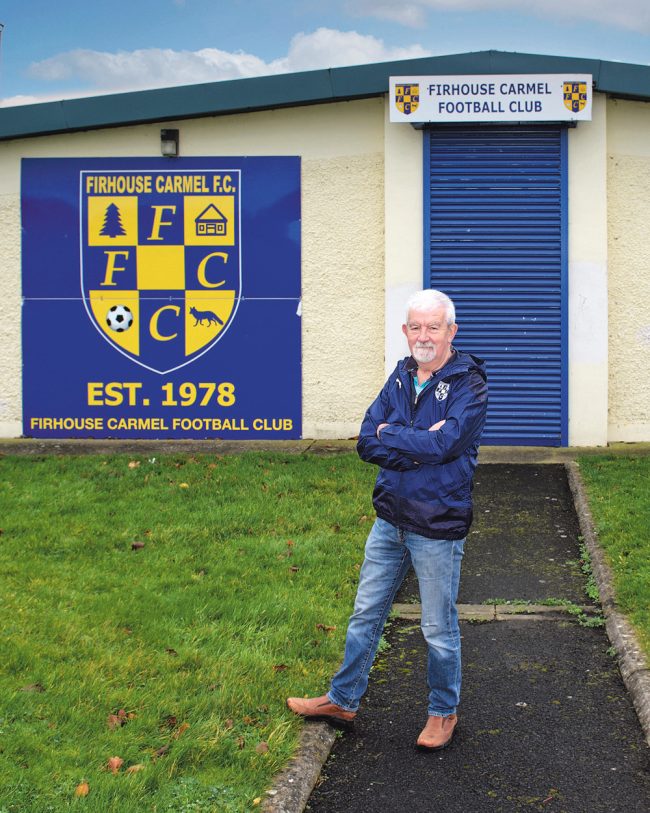 Denis says that lots of lads that started when they were kids are coming back now with their own kids, so obviously we have something to offer

“In 1974, a couple of lads set up a team who actually played football in Bushy Park and found that there was nowhere to play up here,” said Denis.

“I was sort of helping out doing bits and pieces because at this particular stage we were on Carrigwood Green, and we used to carry out some goalposts from my next-door neighbour to the green and play a match over there.”

Since then, Denis admits he has “been everything” within the club, as well as being on the youth club committee who were running the football back in the day and then became involved in the resident’s association.

“Out of that we formed what was known as the FCC, which was the Firhouse Community Council and that was an umbrella for the whole area. I served on that for about ten to fifteen years, and I was chair on that for a bit of time as well.” 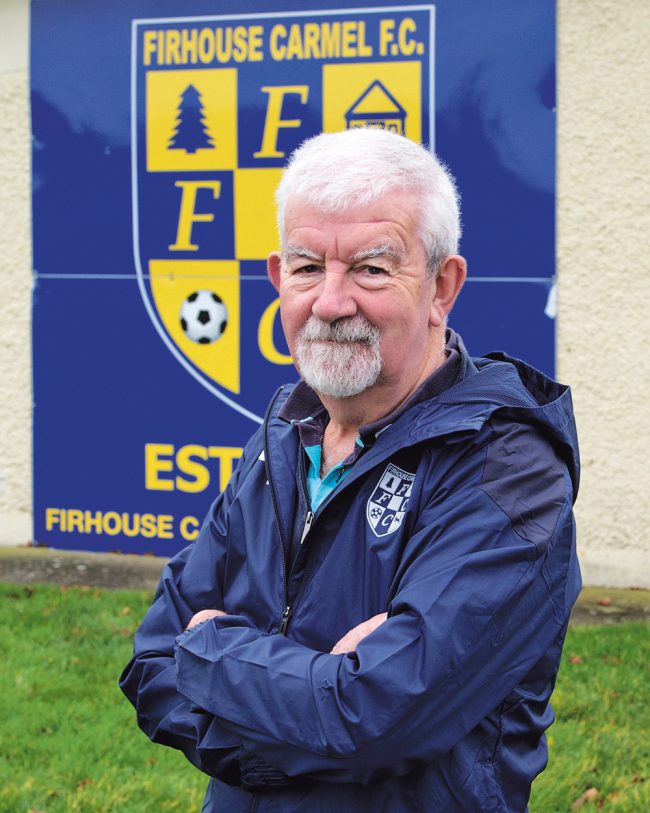 “It developed into more of a leisure centre than a community centre, although there are people that would argue with me about that,” said Denis. “It got very big and then the scouts came into it, and they built a premises beside it in the same complex and then they got their drinks licence and that’s where they are at now.”

A topic of contention amongst many in Firhouse and other suburbs in South County Dublin is the rapid development of houses and amenities, which can lead to the decrease of green spaces.

In 2015, the plans to build two schools on the green space off Killininny Road in Firhouse, which we now know as Educate Together Firhouse and Gaelscoil na Giuise, caused a rift between the council and many concerned residents in the area who voiced their frustration and worry at losing a significant amount of green space that was used for sports and other activities.

“It is done and dusted now,” said Denis. “We had a battle for about seven years, and we were very adamant that we were not doing this as an anti-development and it was about losing our green space rather than anti-school.

“In fairness, we did an awful lot of battling and out of that battle came the development of the back end of Carrigwood, where we now have seven-a-side and nine-a-side and a 100-metre 11-a-side pitch which is in fairly good condition at this stage. 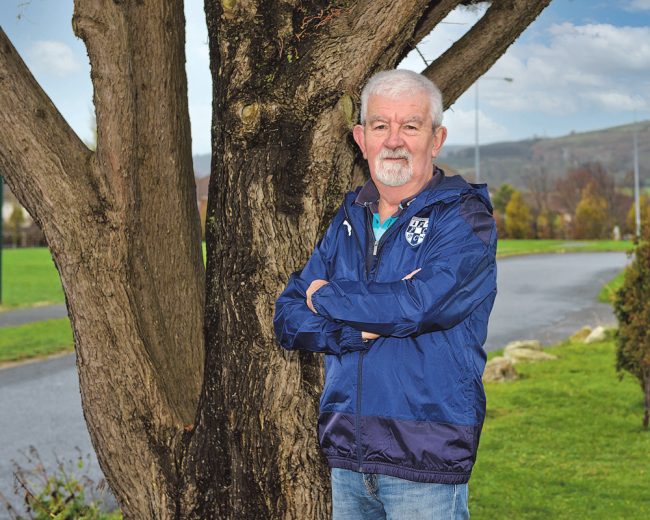 “We are still there, and we are still fighting the battles trying to get different bits and pieces done but that is what you have to do.”

When asked about the changes he has been witness to over the past almost four decades, Denis says there have been “massive changes” in the area and in the football.

“We have our own clubhouse now, which is something that we never had, and we play up in Ballycragh park and we now have new pitches beside the new schools.

“There are a lot of young lads that started with the club when they were kids and now, they are back with their own kids playing football and some of them are managing, so it obviously had something to offer people when they keep coming back.”

Any resident in Firhouse and surrounding areas will be familiar with Firhouse Carmel F. C’s annual event, ‘The Mini World Cup’ which usually takes place in the summer months and attracts hundreds of children and families.

“We lost it with Covid-19, that was a massive social event. It was great fun and I have absolutely no doubt it will be back. We run an academy from six years up to nine and there are around 90 to 120 kids that go up there every Saturday morning – so there is an interest there.”