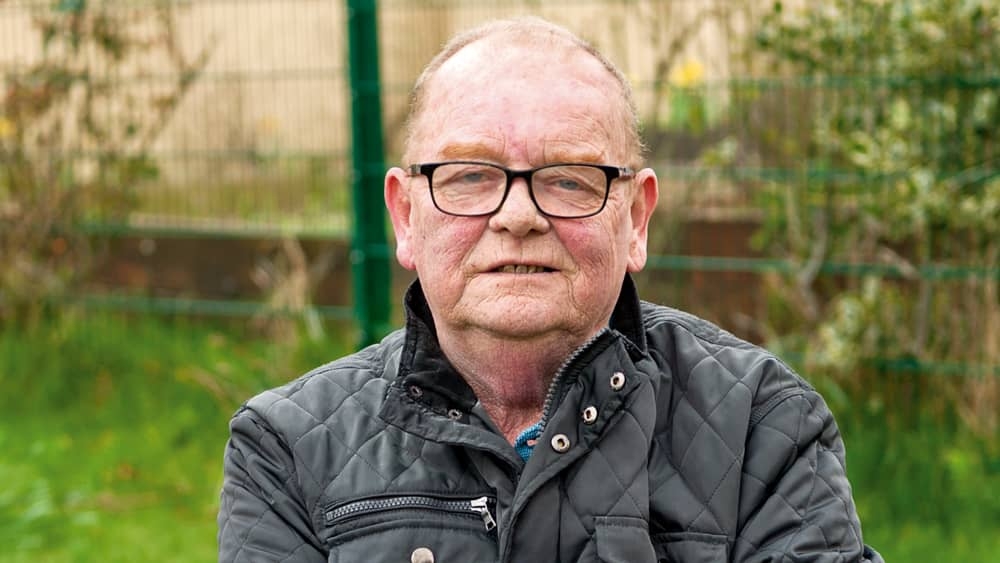 “ALL GOOD things must come to an end”, Gerry Geraghty, the caretaker of the coffee dock in Fettercairn Community and Youth Centre says on his recent retirement.

Gerry celebrated turning 66 on March 13 but it was bittersweet, as the day before he had retired after the best part of two decades maintaining the beloved coffee dock.

As renowned as the coffee dock is as the fulcrum of the Fettercairn community, Gerry is equal parts of it’s beating heart.

“I am very sorry I left, I miss going in every morning, I miss the great level of comradery between the staff,” the Rossfield resident tells The Echo, in an over-the-phone interview.

“I’m missing having that bit of craic with people coming in for breakfast and a coffee.

“I really enjoyed my time for the 19-years I was there, I’d like to think I got on with everybody and I can’t thank the staff, past and present in the coffee and in the community centre enough.”

The father-of-four was poachd by then management of the coffee dock after taking part in a Community Employment (CE) programme in the nearby farm at St Mark’s Youth and Family Centre.

Through the years, during his service as a caretaker, Gerry would be busy cleaning and maintaining different parts of the building and regularly gave stallholders a dig out at the Wednesday markets.

“I lost a very good pal of mine, Tommy Cousins, back in October,” he explains.

“I miss him a lot and it’s sad to think he’s gone.

“We used to call him The Great One, it was the way he worked, he was very enthusiastic and had these great ideas.”

Like his late pal Tommy Cousins, Gerry has a great belief in the Fettercairn area and that praise extends to Rossfield, Brookfield, Killinarden and Jobstown.

Gerry grew up in Dolphin’s Barn, where he would head down to the National Stadium with his father Paddy every week to watch the latest stars do battle in the ring.

“My father loved boxing, we were living next to the National Stadium so it was only a few minutes walk down on a Friday night,” he recalls.

“He was a handy boxer in his day as well and I would have boxed a bit when I was a young fella.

“After he died 26-years-ago, my family gave me boxing boots belonging to my dad – I still have them.”

Following a brief stint away in Glasgow in the late 1970s, where he got to see his beloved Celtic in Parkhead every weekend, he moved home.

After picking up a job as an apprentice barman in the Transport Club, he met his wife-to-be Patricia.

They wed on January 28, 1980 and moved into a house in Rossfield in Tallaght two-years-later – where they remain to this day.

Since moving to Rossfield, Gerry became heavily involved in the community.

As previously reported in The Echo, communities around West Tallaght have been struggling with issues of drug dealing, which is something Gerry and several other parents tackled through a movement called, Concerned Parents Against Drugs, in the past.

“I was involved with Concerned Parents Against Drugs in the 80s and 90s, the area has improved somewhat since then but there is still a level of deprivation.

“What it comes down to is education. There are plenty of people in the community who have suffered with drugs, we should really have these people in schools talking to kids.

“This community have always been good to me and the majority of people in the commuity are very good people.

“But people can only do so much, unfortunately a lot of us who were involved with the anti-drugs movement are getting a bit too old now.

“It is on the authorities, the local representatives, your TD’s, senators, councillors – they need to step up to the mark.”

His passion for football still shines through, having set up a football team called Brookfield which compiled primarily of residents from Rossfield years ago and getting involved with Fettercairn FYC for a period of time.

Following her Gold medal at the 2003 Special Olympics for canoeing, Gerry’s eldest daughter Sharon was chosen as the cover star of the Eircom Leinster area phone book.

“Sharon has represented Leinster and won several medals for swimming and obviously then she represented Ireland at the Special Olympics in 2003,” Gerry explains.

“One day Eircom phoned us and asked could they talk to Patricia, my wife, and they told her that they wanted to put Sharon on the front cover of the phonebook for 12-months.

“That was brilliant to see, the community really came together to greet Sharon and I have to say it’s one of my proudest moments.”