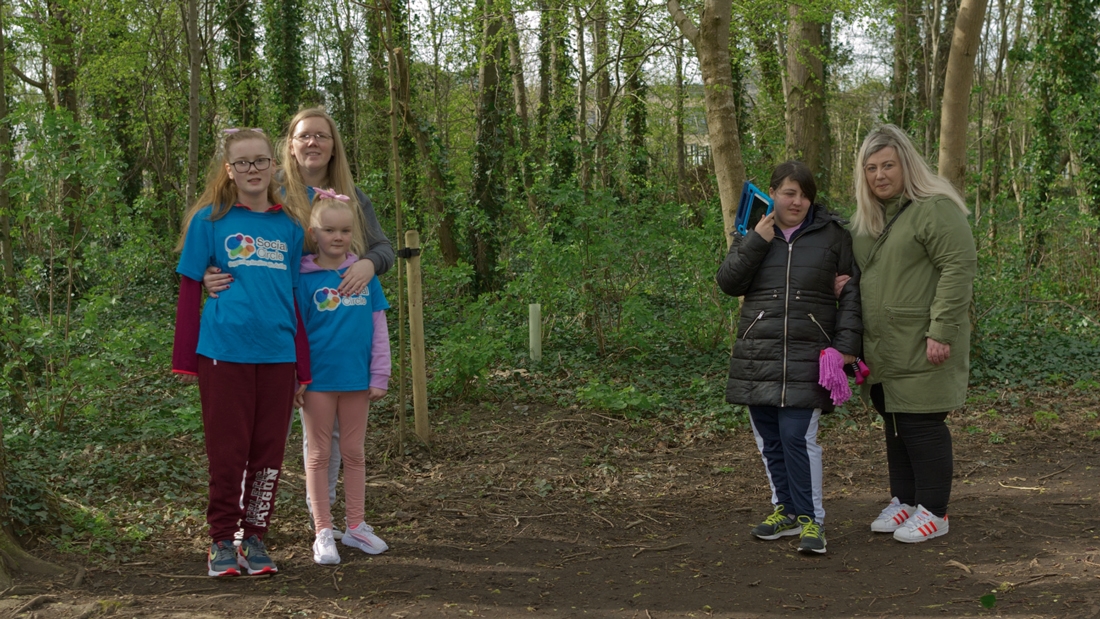 AHEAD of World Autism Awareness Day on Friday April 2, The Echo spoke to a local woman who is a mother of two children with autism, and runs a support group for families.

Mairead Mekki is a mother of two children on the autism spectrum and is also one of the founders of Social Circle, a parent-led group that are focused on ‘supporting families with autism’, based in Tallaght.

Autism is a neurological lifelong developmental condition which affects approximately five out of every 10,000 people. Autism affects the way a person communicates and relates to people around them.

Mairead’s two children have different degrees of autism. Her youngest child Karima, 13, was diagnosed with autism when she was two years old.

“Karima was diagnosed at two with autism and then a couple of years later she was diagnosed with an intellectual disability as well.

“She is a very happy little girl, she’s very funny and has a great personality, always trying to get one over on you”, Mairead joked.

Holly, Karima and Caitlin enjoying a walk in the park

Social Circle was set up in 2013 and aims to provide activities for individuals on the autism spectrum and their siblings.

“It was set up by parents in 2013 – we noticed that there was nothing for kids like ours and we started to run activities for them. Most of the activities were family stuff so there are days out or meeting up and going to places like Tallaght Adventure World”, Mairead tells The Echo.

Mairead says that having a support group such as Social Circle is important for the children’s mental health and wellbeing, as well as a feeling of inclusion and acceptance.

“It can become difficult for your family to go out and enjoy things that other families can enjoy, so this is a way of doing it in a place where you are just accepted. There is no eyeballing or tutting or any of that stuff. We were all able to be there for each other.”

Social Circle have not been able to run events or activities for the kids and families due to current Covid-19 restrictions, which has been increasingly difficult for Karima and the other children, according to Mairead.

“The last year has been tough she is driving by community centres and saying she wants to go in because she hasn’t been in over a year.

“There is nothing we didn’t do and now the kids have this huge gaping hole in their lives and the kids don’t understand why.

“Everything has been shut down so there is nothing really that we could do. We do online support and we still receive a lot of calls from parents looking for help and support. We did the drive thru Santa visit at Christmas but there is very little we can do for the kids, which is our goal.

“It is tough, the families that we deal with are already very isolated so something like this has been a huge knock back. Kids that did not want to go to some things because there was so much going on are now pleading to go to something, they are just fed up with it.

“We are lucky in Tallaght, the online stuff is still there and there is another group in the area – TPASG (Tallaght Parents Autism Support Group) and they are great also for parents to reach out to.”

Mairead says that people should always reach out to their local support groups for help, support or guidance.

“What I would have always said is join a support group and make friends with the other mammies in your kid’s class. The other mammies are the people that tell you how to find your feet and that’s always the advice I would give to people.

“People are very weary going to support groups, they may think it’s a bit airy fairy but it’s not – it’s a great way to find people who are in a similar situation to you.”