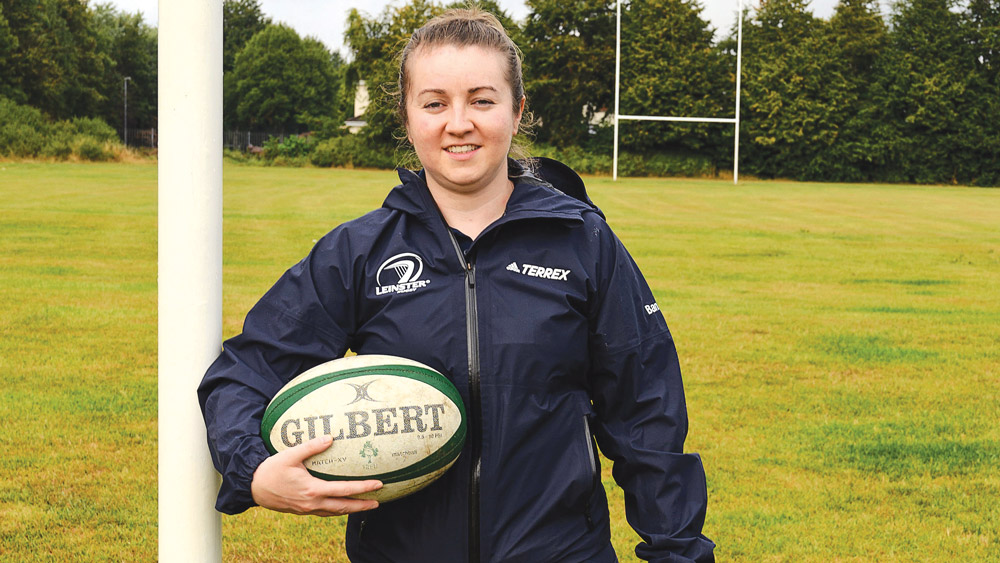 WOMEN’S rugby has come on in leaps and bounds over the last 20 years, the Irish Women’s national team win over mighty New Zealand in the 2014 World Cup a seminal moment that catapulted the ladies game to the forefront of the rugby public’s mind.

Behind the scenes and at grassroots level, the game has also improved dramatically, with more ladies involved, underage groups for females, and women referees officiating the biggest stages in the game worldwide.

Hayley Whyte, a former player with Old Belvedere, and a current Leinster Rugby referee coordinator, is another lady blazing a trail of her own – recently appointed the new head coach at Tallaght Women at Tallaght Rugby Football Club (TRFC).

Hayley tells The Echo about how “delighted” she was to be appointed as the first senior female head coach in the club and that the “future looks bright” for girls in rugby.

“I met them all for the first-time last week and I was greeted with complete open arms. The club is a credit to Tallaght and everyone involved in the club. Everyone so far has been so welcoming and enthusiastic.

“It is more than a club down there, it’s a family. Everyone knows everyone, and everyone backs everyone else. The amount of people who have reached out to me already within the club offering their support, help or assistance has been phenomenal! They have really made me feel welcome and I really cannot wait to get started with the girls.” 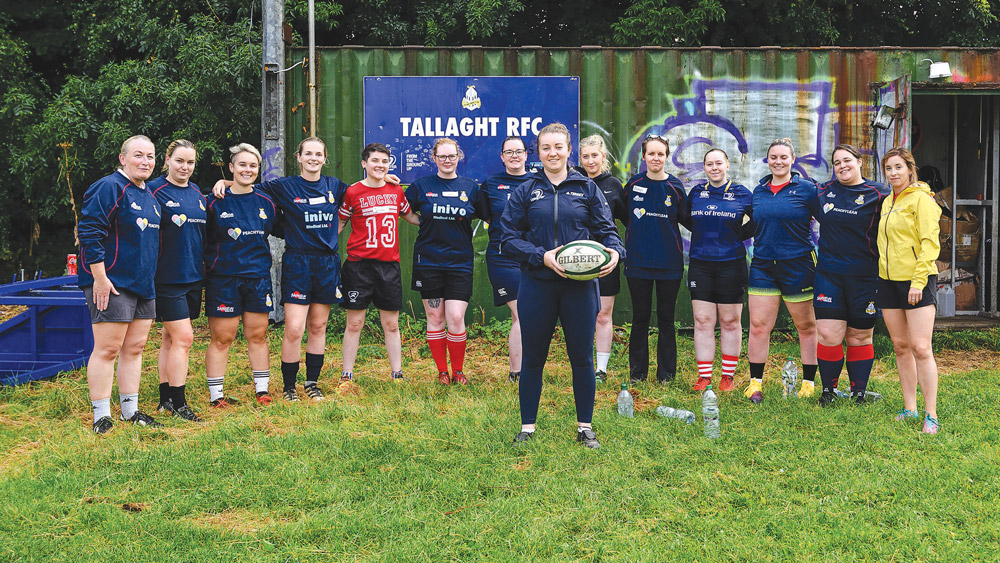 That support network wasn’t there for Hayley as a kid growing up in Deansgrange. Although she played “every sport under the sun growing up – football, hockey, basketball, gaelic football, tennis, swimming, even bowling”, there was no underage rugby for women.

“I was always interested in rugby as my family always watched it, but there were no underage teams around me growing up, so I waited until I was 18 and then joined Old Belvedere women.

“I played there for a number of years and was manager for even more. Injury then stopped my playing days, and I moved into refereeing and coaching. I have been doing both for the past 4/5 years now.”

A working background in the hospitality industry, Hayley moved to the world of finance, working for Bank of Ireland in Tallaght for a number of years, and then Zurich Life & Pensions.

Three years ago she moved into Leinster Rugby as their referee coordinator, and she brings this valuable experience to Tallaght rugby where she sees massive potential for growth of the game in Tallaght and it’s wider communities.

“I think it’s a great area for growth. It has already grown hugely and can only continue to do so further. The men’s team has gone from strength to strength with numbers growing each season too. Last season they moved into the Leinster League which is a great accomplishment for any club.

“The area that it covers it also huge, with very few clubs out that direction, so the catchment is vast. There is already plenty of underage teams, through the ages, including an u16 and 18 girls with a number of those girls recently making the jump up to senior rugby. The future looks bright.” 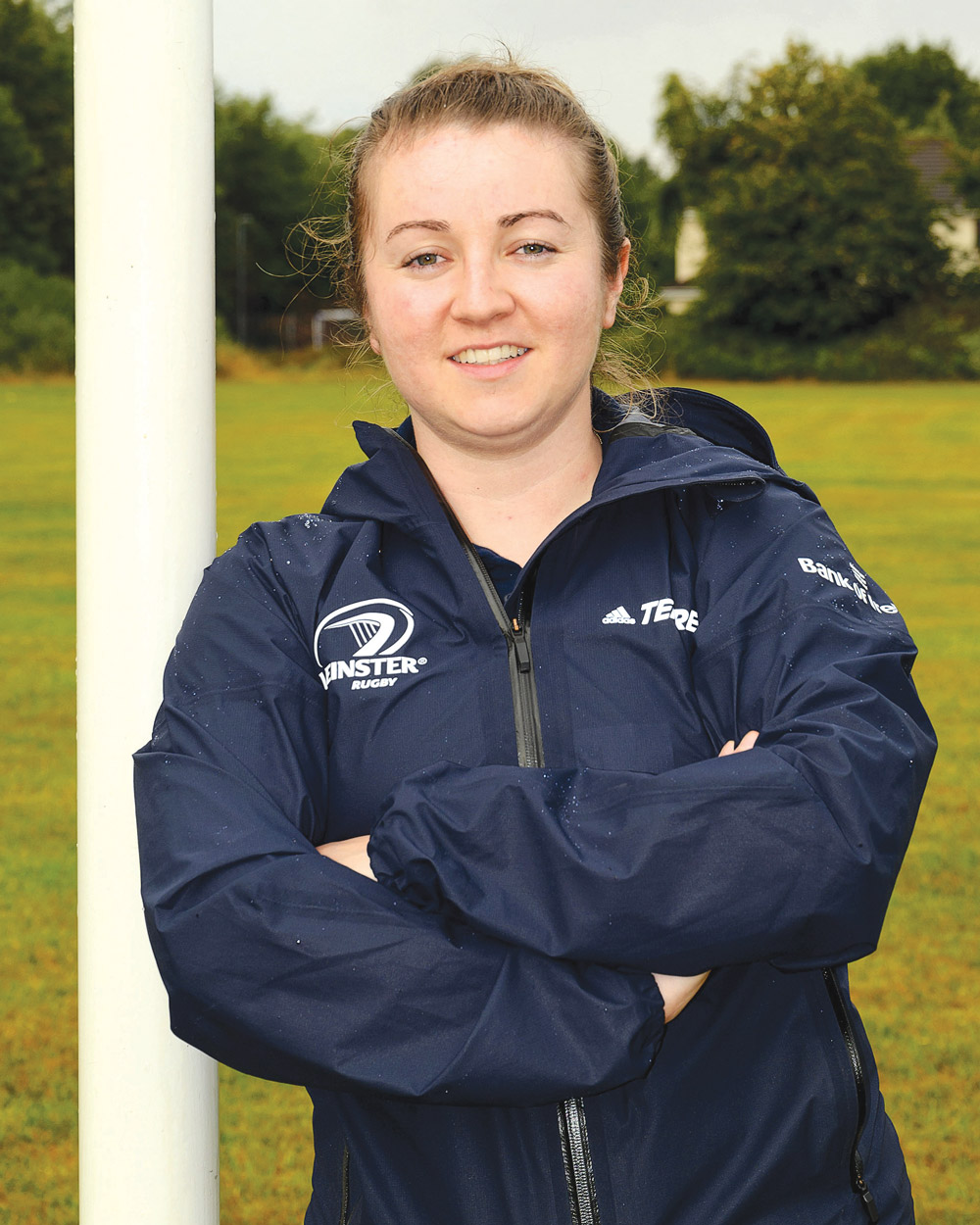 Pre-Covid, women’s numbers in the game were much lower, and TRFC at one point considered dropping to 10- or 12-a-side just to play games, but last season the tide changed, and they had to make difficult decisions to drop players from the match day squad (of 22) as they had so many.

It is a good complaint for Hayley who has seen the women’s game come on “in leaps and bounds from the days of the international games being played under floodlights in Ashbourne”.

“Even the increase of underage girls’ teams from when I was looking to join 12 years ago is incredible. The standard of rugby is improving year in year out with the average joining age decreasing too.

“The standard of the rugby being played from AIL right down to U14s girls has skyrocketed. The number of female participants outside of players has also increased with more and more females getting into coaching, refereeing, management etc.

This week Hayley is involved in a Sport Ireland initiative – ‘Her Outdoors Week’ – which had a number of events around the country for people to try and push out of their comfort zones.

“The participation of women in sport is increasing year on year, and will continue to do so with more exposure to the game. For example, the Women’s Euro Football Finals this month attracted a record attendance for an UEFA hosted event, men or women, which is huge! 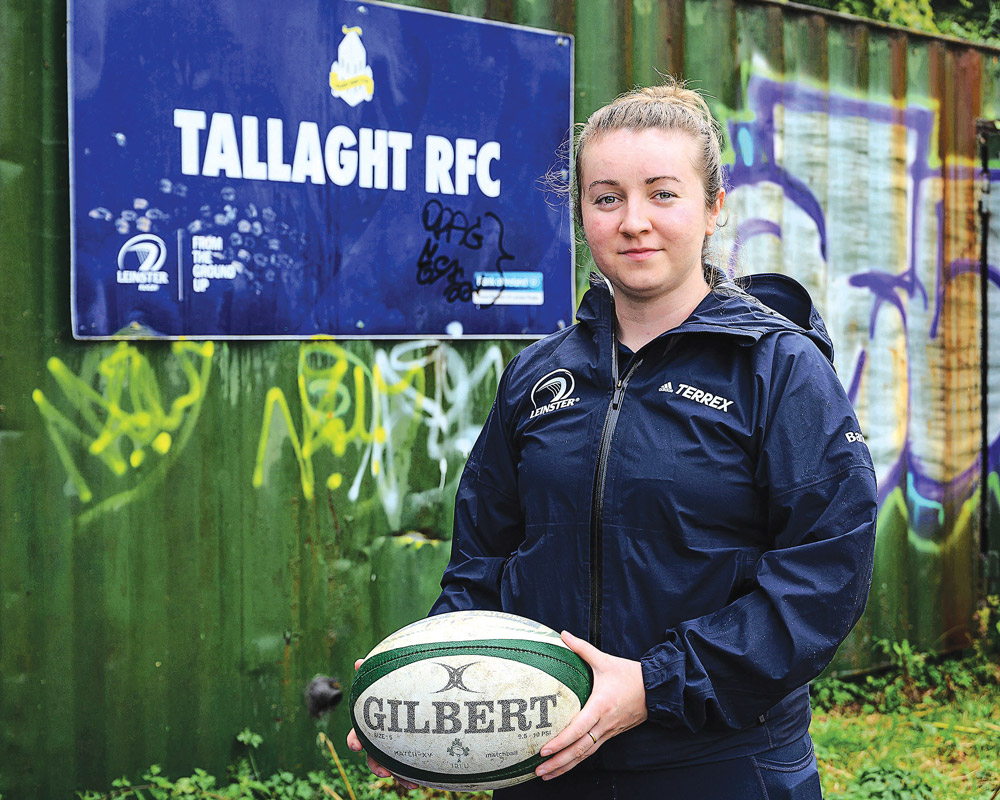 Hayley said she would love to see the Tallaght Women’s Rugby team progress, compete and bring back some silverware for the club, and for themselves

“RTÉ showed a majority of the games, even though Ireland hadn’t qualified unfortunately, and it drew the viewing numbers.

“People were talking about it, and it’s casual conversations like that, that create traction and create a buzz.”

There is an ongoing campaign to find a more permanent home for the club with Hayley acknowledging land at a premium is “hard to come by” and “still a work in progress” for the club.

However, the future for both Tallaght Women’s rugby is looking much brighter now and Hayley is excited about the challenges ahead.

“I am looking forward to working with the girls and the club too and establishing a really strong, competitive group of women who want to enjoy the game, and enjoy their time playing.

“I would love to see the team progress, compete and bring back some silverware for the club, and for themselves. There is no better feeling, and I want the girls to experience it.”