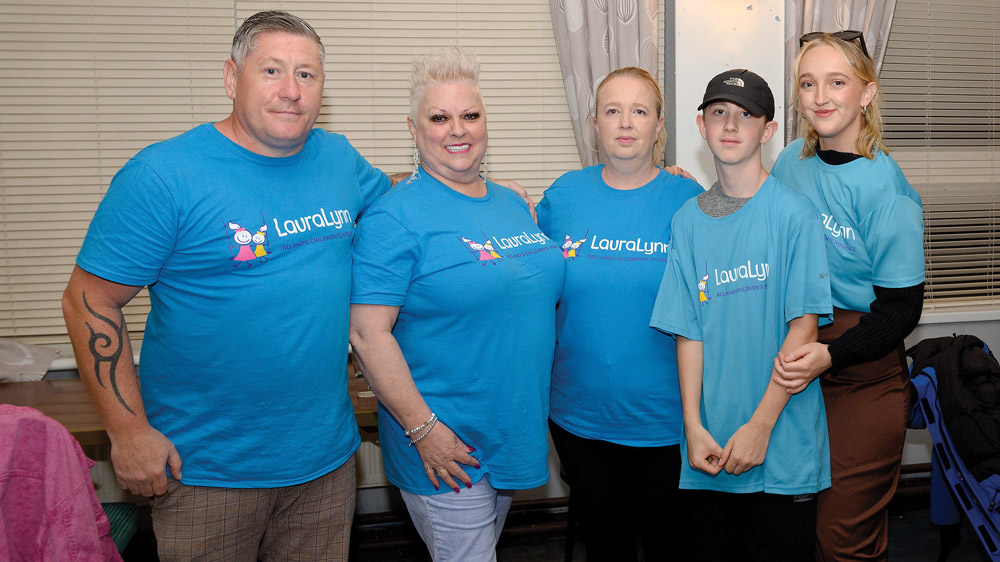 OVER €3,000 was raised for children’s hospice charity LauraLynn Foundation last week, as a result of a concert dubbed ‘Mini Live Aid’ that took place in the Transport Club in Crumlin.

John Graham kicked off proceedings with some well-received Michael Bublé covers, followed by the jazz stylings of John Sheridan for the crowd of 200 music fans.

Damien told The Echo: “It was an absolutely fantastic night, you couldn’t have asked for better.

“We’re expecting that the final count for the amount raised for LauraLynn will be over €3,000.

“I’m delighted with the turnout and the money raised.”

This is the third year Ballyfermot native Damien has held ‘Mini Live Aid’, but in previous years it was a street party on his road in Colepark.

Each year, the event has raised money for LauraLynn, and Damien said his motivation for raising money stems from gratitude for the fact that his children are healthy.

“I’ve got kids of my own and, thank God, mine are healthy,” he said. “But the thought of having a child who’s terminally ill? I don’t think there could be anything worse. It’s just heartbreaking.

“I just wanted to do something for LauraLynn, and I count my lucky stars my children are fit and healthy. LauraLynn is a very worthy charity.”

Damien wanted to thank Sound Lease Hire and Sales in Ballymount, Norman Clifford and Dean Cullen for their assistance with the concert.

As for next year, Damien said he has big plans: “Next year is going to be bigger and better.

“I’m planning on even more people turning up and more acts coming on board.”